In 1971, six emirates joined together to form the United Arab Emirates, and a seventh joined in 1972. Like many young nations, the UAE was initially more focused on its future than its past, but as Emiratis more and more perceive their culture as in danger of being forgotten, history has become more important to the government and to young Emiratis.

Fatima Al-Sayegh, professor of history at United Arab Emirates University in Al-Ain, said in an interview that Emirati documents are only now beginning to be collected, preserved, and studied. In the past, Emirati history was studied through British, Portuguese, Dutch, Persian, and Indian documents. Al-Sayegh lamented the difficulty of gaining access to Emirati documents, explaining that most people see these documents as belonging to their families, and therefore are reluctant to give them to libraries and archives. For this reason, when Al-Sayegh was researching the history of Emirati women in the 19th and 20th centuries, she had to rely on documents written by American missionaries. 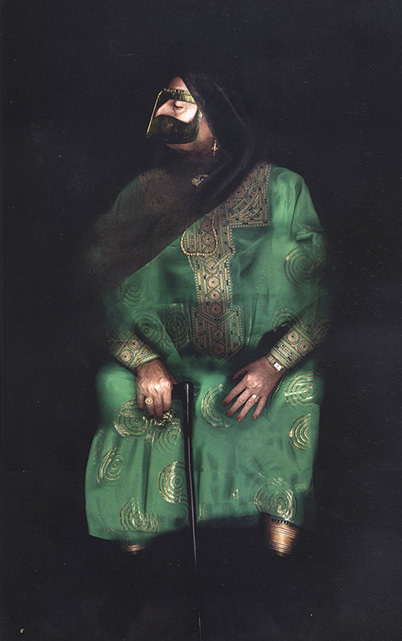 The difficulty is not in the lack of archives in the UAE—the National Archives was established in the capital, Abu Dhabi, in 1968. The Documentation Office, which became the UAE National Archives, was established to preserve documents related to politics, government, and trade. An oral history project was begun in the 1970s as well, also to document the creation of the state. However, only in 2008 did archives staff begin paying attention to the stories of the individuals who knew the UAE’s history firsthand, not only in relation to nation building, but also for the sake of preserving the memories of a culture that has changed with the influx of immigrants and foreign workers.

Aisha Bilkhair, director of the Research and Knowledge Services Department at the UAE National Archives, says that in the process of collecting oral histories, researchers are finding “a different story that enriches us and tells us about social events, such as dowry; and the currency, the denominations of the coins. We learn about what was expensive, what people received for salary. Our oral history work is about a life journey.”

Al-Sayegh explains that in the 1970s and ’80s few researchers had the ability, skills, and tools to interview people and record their histories well. The recordings from that time are difficult to use, even when the sound is clear, which it often is not.

Today, the oral history project has been accelerated because the older generation is dying or losing their memories. In the process, researchers are discovering different ways in which the local dialect has changed, and ways in which youth today are returning to traditions and customs that had lost their appeal over the last few decades. “We are in the middle of launching a dictionary that will contain all the local terminology,” Bilkhair says. “And it will be interactive so people can enlighten us if we’ve used or misused certain words. People can make it more accurate.”

In 2008, the UAE government launched an awareness campaign to preserve Emirati culture and heritage, and to draw young citizens to their history. The oral history program was rejuvenated, with workshops and conferences dedicated to teaching citizens the skills needed for documenting the history of the UAE. The UAE government also created a competition worth 3.5 million dirhams (about 1 million USD) to encourage citizens and residents of the UAE to learn about their country’s history. Bilkhair explains that the focus on Emirati culture is necessary “to keep it alive. A nation where people don’t know where they came from, they don’t know where they will be.”

To make this scanograph, Demithan took multiple photographs of her grandmother and used a scanner to create the effect of layers. Demithan told the UAE newspaper the National, “I did not have an agenda to somehow preserve the Emirati identity. . . . The subjects are reflective of my life; these are the people who crossed my life, and so I chose to depict them.” In this scanograph, which documents traditional Emirati dress, the woman is wearing a gold-colored cloth mask usually worn by older women. The UAE National Archives’ oral history project shows that national dress in the UAE has changed over the last 50 years.