Writing letters of recommendation is a core responsibility of professional historians. We assume this obligation on behalf of students who apply for fellowships or jobs, as well as colleagues who are being considered for fellowships, grants, jobs, tenure, and promotion. Over the years, many established scholars have offered advice for discharging this duty. They have ruminated on a central dilemma of writing in this mode—namely, as Robert Darnton (Harvard Univ.) explained in a 2007 Perspectives on History article, the competing tasks (some might say responsibilities) of advancing the candidate’s career and providing an objective evaluation. In 2018, Suzanne Marchand (Louisiana State Univ.) used this very column to call for a “modern upgrade” to the “ancient genre” of letters of recommendation, suggesting that we emphasize the quality of a candidate’s research and focus on things that a candidate can’t say themselves. 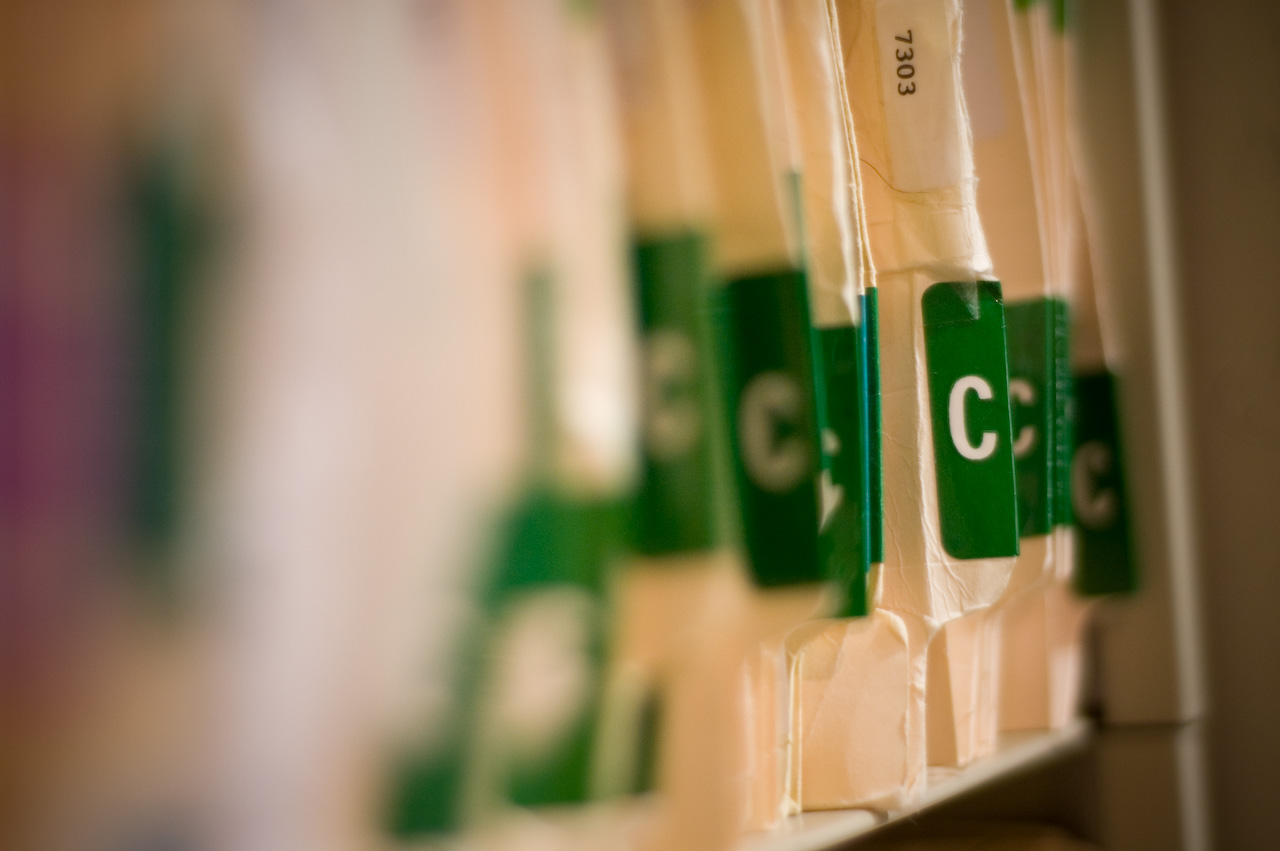 Tenure and promotion letters submitted years ago might be released in response to requests made under open records legislation. Kreg Steppe/Flickr/CC BY-NC-SA 2.0

Given Marchand’s eloquent summary of the form’s history and her eminently sensible suggestions for improving our professional practice, why do we need another discussion of letters of recommendation? The answer has to do with three developments that at first glance seem far removed from the discipline of history: local open records laws, increased scrutiny of public higher education institutions by state legislatures, and the rapid—even viral—dissemination of information through social media. Recently, these largely separate developments have converged in ways that affect the conditions under which we write letters for potential hires, tenure, and promotion addressed to public universities. We must consider how these intersecting developments require us to be more self-conscious and deliberative about requests to provide letters of evaluation for institutions subject to broad open records laws.

These new issues became particularly germane when an AHA member shared concerns about one such letter they had written six years ago. Our colleague was recently informed that their letter was being released in response to a large-scale request, made under the state’s open records legislation, for all tenure and promotion files within a specific date range from the history department of a public university. When our colleague had agreed to undertake this tenure evaluation, they understood that the letter would be read by members of the history faculty and was subject to disclosure to the candidate or other university faculty and administrators. They had assumed—not unreasonably—that their letter would have otherwise broad protection because it was part of a confidential personnel file. What our colleague had not considered was the possibility that a third party, even someone with no direct stake in the case, could request the file, gain access to the letter, and make it publicly available.

A careful look at relevant legislative histories reminds us that the exposure faced by this AHA member is not new. Open records laws—sometimes called “right to know” or “sunshine” laws—have been on the books in virtually every state for at least three decades and in all but four since 1977. Many states initially relied on common law to establish the principle that government and its agencies should be accountable to its citizens. But by the early 20th century, some began to codify this expectation through legislation or constitutions. A steady stream of states adopted public records laws every subsequent decade, peaking around the time that the federal Government in the Sunshine Act was passed in 1976. The records of public schools—including universities and other institutions of higher learning—have typically been covered under this legislation.

In certain respects, though, the application of open records laws has changed since their inception. At least 10 of these long-standing laws were broadened between 2000 and 2008—in some cases allowing people other than a state’s own citizens to submit requests, in other cases making the law more “user friendly,” in still other cases narrowing the definition of “private information” that would be exempted from release. Because of these changes, it is now easier for people to request and gain access to hiring, tenure, and promotion letters, which had long been understood, at least by letter writers, as confidential.

Open records laws have been on the books in virtually every state for at least three decades.

At the same time, we have witnessed an increase in public skepticism about the value of higher education and a certain impatience with the idea of confidentiality itself. A notable rise in hostility to the perceived “liberal culture” of colleges and universities has been fueled by partisan reports of “politically correct” multiculturalism and “deliberately destructive scholarship,” as the 1776 Commission report recently put it. Stoked by political rhetoric and media coverage, these suspicions about higher education have led several state legislatures to assume an oppositional posture toward their local universities and colleges. Some have even considered applying legislative leverage to intervene in academic affairs, from attempting to create funding formulas based on majors and graduation rates, to demanding blanket protection for freedom of speech, to mandating curriculum content. What is especially striking about the open records request involving our colleague’s letter is that it originated from outside the university. Whatever the reason for the request, it seems to have been part of a fishing expedition by someone with an agenda related to university policies or practices.

One significant concern is that portions of such a letter, removed from context, can quickly find their way to broad distribution via social media. Just as hostility toward higher education has escalated among some segments of the public, so has the speed at which information (and misinformation) moves, particularly through social media. It is now possible for any individual to broadcast opinions via Facebook or Twitter, circulate documents, level accusations, or engage in criticism, all with virtually no accountability for the veracity or authenticity of the claim. If posts gain traction, they are “liked” or retweeted, amplifying their reach and feeding a cycle in which the sheer number of likes and retweets manufactures a sense of authority for the allegation.

Under such potentially fraught circumstances, it might be tempting to decline any review request from a public institution subject to open records laws. Yet this kind of reflexive response seems misguided. For one thing, requests for letters from such institutions almost always include an explanation of how the school handles the law in relation to the reviewer’s identity and evaluation. It is worth stressing that each state applies its open records law differently to its public universities and colleges. How the law is applied, in turn, affects each school’s policy with regard to evaluation letters. Some allow candidates to access letters as part of the review process or upon request; others hold them in strict confidence.

More importantly, though, a blanket refusal to write such letters would have detrimental effects for the profession as a whole. It would irreparably harm the opportunities of young scholars being considered for appointment or tenure. It would hurt the careers of senior scholars worthy of promotion. And it would do enormous damage to history departments across states with broad open records policies.

Each state applies its open records law differently to its public universities and colleges.

For those who work at institutions in this category, navigating the worries of letter writers and the need to obtain expert evaluation of a colleague’s scholarship has been an ongoing challenge. Those responsible for soliciting letters might wish for a world in which evaluators simply commit to writing honest, critical assessments, regardless of who sees them. Instead, they often field a higher rate of declines of their requests or must figure out how to handle the informal practices improvised by some colleagues who fear that a reference letter might be made public.

Yet our profession is not devoid of models for open, accessible evaluation. We routinely assess one another’s scholarship in book reviews published by journals. The most successful and useful efforts combine a highly rigorous evaluation of the work and its contribution to the field with generosity of spirit. Since we have experience reviewing books in an evenhanded way, this practice can serve as a guide for writing letters of recommendation. Of course, the analogy is not perfect. Most reviews do not require explaining a field or excavating a book’s historiographical context, nor do they entail evaluating a scholar’s entire body of work. But book reviews underscore that it is possible to be both charitable and critical of a colleague’s work, including commentary that appears in public.

Our goal in this article is not to advocate any specific response, but rather to raise awareness of the newly complicated conditions under which many of us are asked to write review letters. It is important for us all to be aware of the developments that can now affect who reads our evaluations and the potential unanticipated uses of these letters. But it is also crucial for us to grasp the unintended consequences of hesitating to participate in the process.

Fully aware of the breadth of the landscape, the Professional Division hopes that each of us can find a way to fulfill our collegial and professional obligations without putting ourselves at undue risk. It seems incumbent upon us all to balance fairness and objectivity in our evaluations with an understanding that some states believe our assessments ought to be accessible to anyone who wants to read them.

Rita Chin is professor of history at the University of Michigan, Ann Arbor, and the AHA’s vice president, Professional Division.