A Farewell to the Model Minority Myth

After the March 16 shootings in Atlanta that killed eight people, including six women of Asian descent, a sheriff’s spokesman downplayed the suspect’s racism, saying, “Yesterday was a really bad day for him.” Privately, the spokesman had been promoting a T-shirt that called COVID-19 an “imported virus from Chy-na.” His remark was reminiscent of comments by the former president, who has called the virus the “Chinese virus.” 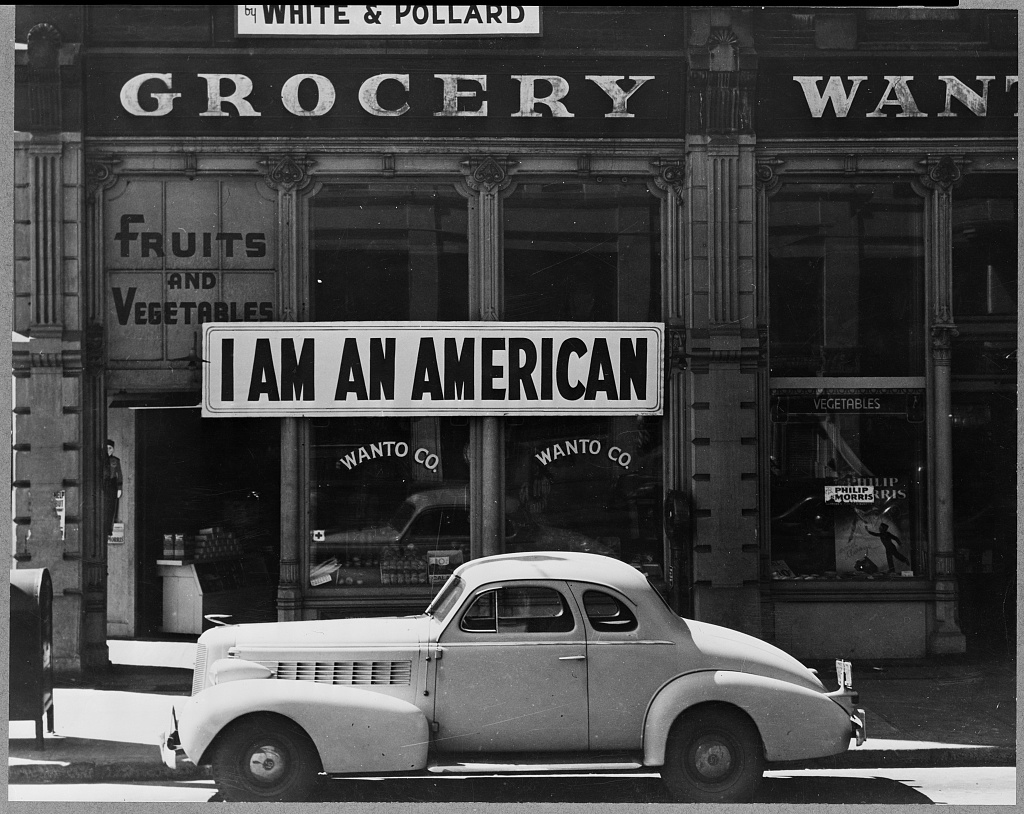 After Executive Order 9066 authorized the relocation of Japanese and Japanese Americans on the West Coast in 1942, one Japanese storeowner in Oakland, California, declared “I Am an American” with a sign on his storefront. Dorothea Lange/Library of Congress.

The history community is rightly appalled by this crude racism, the shooting, and the increase in violence targeting Asians and Asian Americans since the pandemic began. But academic historians have not done enough to root out anti-Asian sentiment on our own campuses. In American colleges and universities, Asian, Asian American, and Pacific Islander (AAPI) students regularly encounter a spectrum of assumptions, comments, and practices that signal that they do not belong. Korean American author Min Jin Lee recently revealed that, in the late 1980s, a history professor at Yale University suggested that she should hire a tutor for her “remedial English.” In response, she suggested that her professor did not know how to read and dropped the class. She was not being arrogant; she had already won Yale’s Henry P. Wright Prize for nonfiction when her professor made this remark. Thirty years later, her novel Pachinko was a finalist for the 2017 National Book Award for fiction, yet little has changed for AAPI students in higher education.

In the wake of the Georgia murders, the nation has started a long-overdue process of addressing anti–Asian and Asian American racism. Historians must also reckon with the overt and covert ways that the field dismisses, ignores, or fails to serve AAPI students and professionals. After the Black Lives Matter protests in the summer of 2020, Black faculty and students are again drawing attention to the pervasive racism within higher education. I am hopeful that historians are now more willing to listen to their colleagues and students of color.

The first step in this process is acknowledging the racism faced by AAPI historians and students. Since the 1960s, Americans have ascribed the “model minority” label to Asian Americans. In this stereotype, we are hardworking, self-reliant, loyal to our elders, and dedicated to our children’s education. Because of this stereotype, white Americans typically believe that Asians’ place in society has “advanced” to the same level as middle-class whites, and that, consequently, Asian people no longer experience racism. While there may have been racist policies in the past, like the Chinese Exclusion Act of 1882 and the internment of Japanese Americans during World War II, white Americans tend to believe that AAPIs overcame these obstacles through hard work, assimilation, and education.

In American colleges and universities, AAPI students regularly encounter assumptions, comments, and practices that signal that they do not belong.

This myth is so pervasive that many educators do not have much awareness of the nature of discrimination that AAPI students face. As a result, they can unwittingly perpetuate the stereotype. Comments such as “you don’t need any study help because you’re such a hardworking student” can reinforce systemic racism. It suggests that other students are not hardworking, a stereotype Black and Latinx students confront.

The model minority myth deepens the divides within Asian, Asian American, and Pacific Islander communities as well. A 2018 study from the Pew Research Center shows that income inequality is largest among Asian Americans. Additionally, there are marked disparities between different ethnic groups, based on education, immigration status, language proficiency, and other factors that can shape a student’s experience.

International students, for example, who are still learning the unspoken rules of American higher education, may be especially in need of support from their peers. But the support available to these students does not always account for their specific needs. Students learning in English as speakers of other languages (ESOL) must request writing assistance from teachers, peers, or writing centers (who are often unable to meet ESOL needs). In this context, advice from others can sometimes come as a poisoned gift. Though individual tutors or counselors may mean well, they risk offering advice that is at best insensitive and at worst damaging.

AAPI students in history often grapple with a feeling of separation due to the fact that they will almost certainly be in the minority in their program.

Pressure to conform to the model minority stereotype hurts students’ education and can contribute to a sense of personal failure. I found Min Jin Lee’s experience with “remedial English” stunning both because of its casual cruelty and because of its banality. I had a similar interaction as a graduate student. In one seminar offered outside of my university, I received low grades on every assignment without much explanation. In other classes, my professors’ comments had helped me improve, but in this case, there was no helpful feedback. During a one-on-one meeting with the professor, he explained that my writing was not up to his standards. I still remember how he took apart my paper. I instantly sensed bias, because I had consulted with a native speaker to improve my writing before submitting the paper in question. If I protested, I would have had to disclose the assistance I had sought, a kind of help that I imagined no native speaker would have needed. Also, how could I dare to “talk back” to this person with more power? I suffered through the rest of the course without confiding in my classmates. At the end of the semester, I inevitably received a poor grade.

As the only nonwhite student in the seminar, a sense of isolation kept me from disclosing my experience. AAPI students in history often grapple with a feeling of separation from the rest of the student body due to the fact that they—when compared to the students in STEM and business fields—will almost certainly be in the minority in their program. Students have often suffered in isolation, managing the damage by themselves. As a result, these experiences have remained invisible to the wider history community.

It took a mass shooting for the American public to acknowledge the racism faced by AAPIs. My experiences with subtle racism grounded in the model minority myth are on the same spectrum as the kind of racism that ends in murder. As an Asian immigrant and historian, I know how toxic the model minority myth is. However, like so many of my AAPI students and colleagues, I am still trapped in this toxic myth.

Shuko Tamao is a postdoctoral research fellow at the University at Buffalo Center for Disability Studies and was an AHA Career Diversity Fellow from 2018 to 2020. She tweets @Reversedview.