First, I must confess: I cried through the whole movie, from the first scene to the last. As a historian, that’s not what I came to do, but that’s what I did. Ava DuVernay’s focus on humanizing these heroes of the civil rights era and their relationships with each other invited attention to the personal costs they endured, from tensions engendered in the Kings’ marriage to struggles among the movement’s leaders—their internal struggles with the roles they had chosen or in which they found themselves, as well as their struggles with each other, across realms of power, and across generations. Selma provides a way of understanding how massive historical change happens—haltingly, with painful personal costs, and with hard work and compromise on all sides.

I also cried as a citizen of this nation, for the strength it took to achieve the simplest things: the right to protest, the right to vote. The film depicts the varieties of violence endemic to the time that simplistic or celebratory accounts of the struggle for racial equality airbrush for our consumption. I cried for those who were abandoned by their nation, and I cried at the moment when that nation—late, imperfect, but still theirs and ours—finally acted. It wasn’t the first time, and certainly not the last (New Orleans after Katrina? Ferguson?) that poor people or black people—the most ­vulnerable among us—would be abandoned, or “‘rescued”‘ too late. 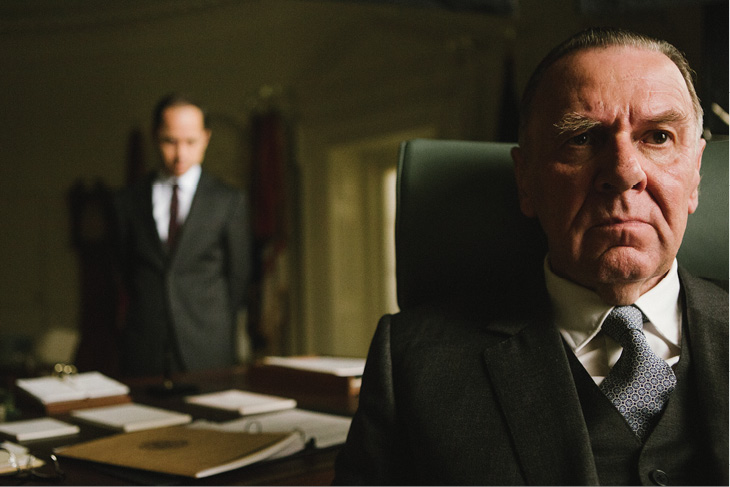 Left to right: Giovanni Ribisi as Lee White and Tom Wilkinson as President Lyndon B. Johnson in Selma, from Paramount Pictures, Pathé, and Harpo Films.

There are several transformative arcs in the movie, embodied by different people. One of the most important is President Lyndon Johnson, depicted not as George Wallace, nor in my reading as in alliance with J. Edgar Hoover. He is the president, and King is pressuring him. “You got one big issue—I got a hundred and one,” Johnson tells King officiously. The conversations between the two men are between competing visionaries. The transformative arcs each inhabited in life no doubt exceed the time frame of the Selma protests, and if you want the full blow-by-blow account, read Robert Caro, Taylor Branch, David Garrow—historians who provide that so well. But the artist’s vision is different. Toni Morrison’s Beloved is not a historian’s account of Margaret Garner’s experiences, but the truths Morrison explores are equally indispensable to understanding history. DuVernay’s artistic interpretation of historical events allows us to ask questions about how whites and blacks share power; how a president responds to a movement over which he doesn’t have control; and how that movement might continue to do its work regardless of the concerns voiced by those with more legal authority. Through those characters, the audience can debate the meaning of moral authority not only in their time, but in ours. 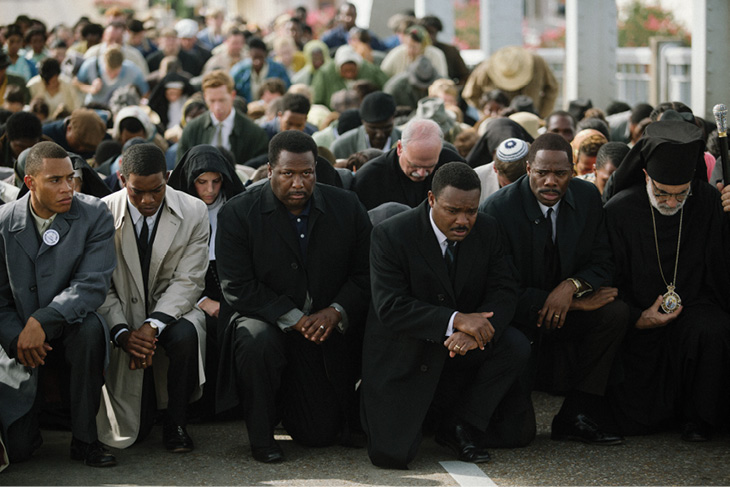 Selma and the civil rights movement were not only about LBJ, nor even only about King, who occupies so much of our public memory of the era despite historians’ best efforts to complicate that narrative. The film does an exceptional job of marking the variety of individuals who marched, and died, in Selma. Among the most important people DuVernay rescues from our collective amnesia is the family of Jimmie Lee Jackson. Jackson, a Baptist Church deacon, his mother, Viola, and his 82-year-old grandfather, Cager Lee, participated in a night march through the streets of Marion. When police set upon the protesters, the family ran into a café where the police found them, beat them, and shot Jackson as he tried to shield his mother from their blows. Jackson’s death helped inspire the famed march over the Edmund Pettus Bridge.

Leslie M. Harris is associate professor of history and African American studies at Emory University. The author or coeditor of three books on pre-Civil War African American history, she is currently at work on a book on late 20th-century New Orleans. From 1989 to 1993, she was a graduate student intern at the MLK Papers Project at Stanford University.