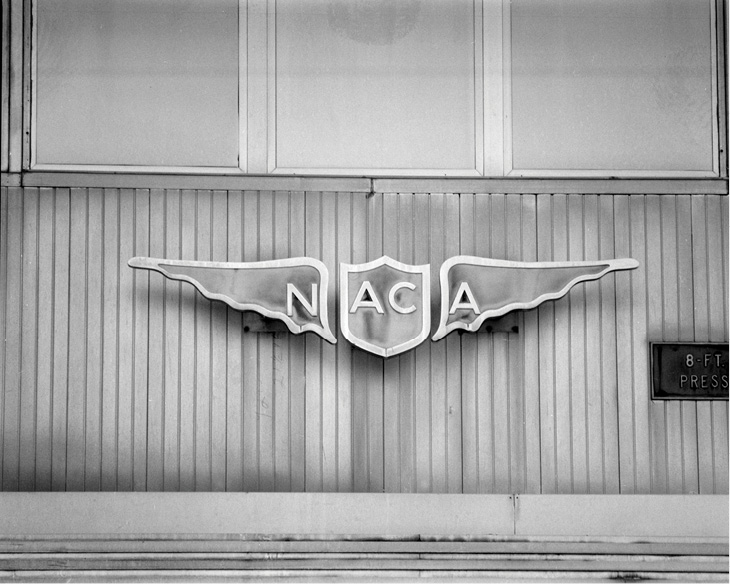 Currently on display at the National Air and Space Museum, the NACA Emblem had previously been mounted on above the door of Langley’s 8-Foot Transonic Pressure Tunnel.

Save for a few security guards, the floor of the busiest museum in the country was empty on the morning of March 3, the 100th anniversary of the founding of the National Advisory Committee for Aeronautics (NACA), the predecessor organization of the National Aeronautics and Space Administration (NASA). The National Air and Space Museum (NASM), in Washington, DC, was hosting a two-day symposium about the history of the NACA. At this event, titled “The NACA Centenary: A Symposium on 100 Years of Aerospace Research and Development” and co-organized with the NASA History Program Office, speakers included historians, museum professionals, seasoned NASA staff, and independent scholars. NASA Administrator Charlie Bolden’s welcome address described the NACA as the cornerstone that left NASA a tradition of collaboration and how it influenced this identity with the questions “How we work? . . . What we do? . . . Who we are?”

The symposium proceeded temporally, focusing first on the pre-history and early history of the NACA, then on the entirety of the NACA’s existence, and finally on its legacy going into the 21st century. The first panel elucidated the debate about the size, scope, and role of what would become the NACA, with support from various parties, including the military, established research schools, and other government bureaus. The NACA was established via attachment to the annual Naval Appropriations Bill, which passed into law on March 3, 1915, but while it effectively began as an entity within the US Navy, the debate over how exactly the work of the NACA targeted general aeronautical research was the subject of a lecture by Laurence Burke of Carnegie Mellon, who concluded that “while military interest alone was not enough to bring about the creation of the NACA, said interest is important in understanding how and why the NACA came about when it did, taking the form that it did.”

One recurring takeaway from the presentations, focused on the roles played by the still fledgling NACA, was the value of the collaborative efforts at the NACA. Perhaps most important was the establishment of aeronautical engineering as a field; Deborah Douglas of the MIT Museum and John Tylko of MIT both spoke on the establishment of educational facilities and pedagogy at various research universities in addition to growing research and development efforts in the private sector. 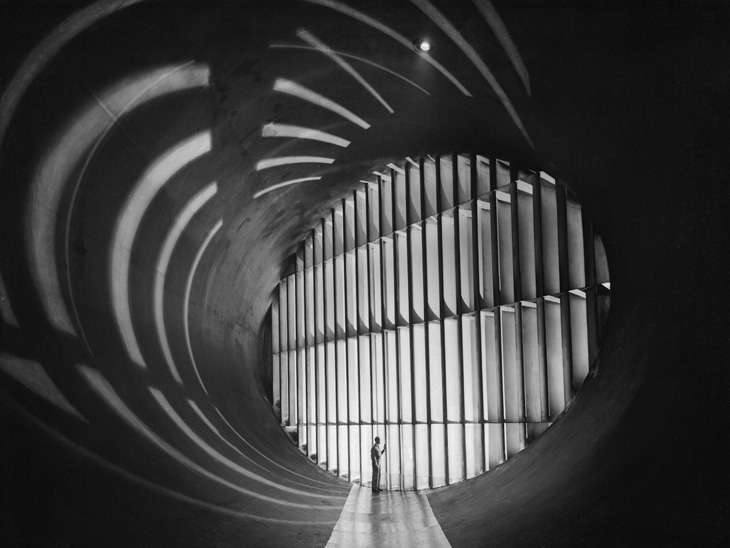 An example of a Langley Aeronautical Laboratory wind tunnel. This one measured 33 feet high and 43 feet wide. The guide vanes being inspected are designed to help the air turn the corner more uniformly.

Attention to historic flight tests qualified the NACA’s research contributions, which grew out of the known deficiencies of wind tunnels and led to experimental flights, such as the Bell X-1 above the Californian Mojave Desert in the 1940s and many more up to the present day. Robert Curry stressed the point that test flights tackle a set of experimental issues that wind tunnels have difficulty replicating. The NASM’s Jeremy Kinney echoed a similar point regarding the NACA’s ongoing propeller research efforts; he quoted a 1925 report that said that “researchers could never rely absolutely upon model data, until they verified that data through full flight tests.” While phrases like “propeller coefficient” are enough to make the heads of most historians spin, these in-depth histories are necessary in substantiating the final product, one that entered the cultural realms with those “right stuff” pilots at the controls. Auburn’s James Hansen and the University of Pennsylvania’s Matthew Hersch both spelled out histories about the pilots that flew on NACA and NASA research missions; both researchers noted how scientifically capable the pilots generally were—an important point when considering why they had “the right stuff” and were not just any hot shots.

The second day of panels featured more thematic histories. At the “Key-Aspects of NACA Research” panel, Robert Ferguson, an independent researcher, and Adrienne Provenzano, a STEAM educator, spoke, respectively, on threads of research policy and the role of women throughout the committee’s history. Ferguson’s research on overlapping research entities within the NACA, something the early organization had purposefully steered away from, revealed that ultimately they proved to be “marvelously productive”; furthermore Ferguson questioned what might have resulted if the policies to avoid overlap, among others, had been more closely enforced. Provenzano stole the show by opening her presentation with an a cappella rendition of the 1910 composition Come Josephine in My Flying Machine.” The song served as a jumping-off point for a discussion of the contributions of women to the development of the NACA and other aerospace efforts. Provenzano continued with stories of women who served as “computers” at the NACA centers. A computer’s job was to process raw test data to make them useful for researchers. Although at the time the women were treated as subprofessionals, historians now recognize their effort as valuable to the mission of the NACA. 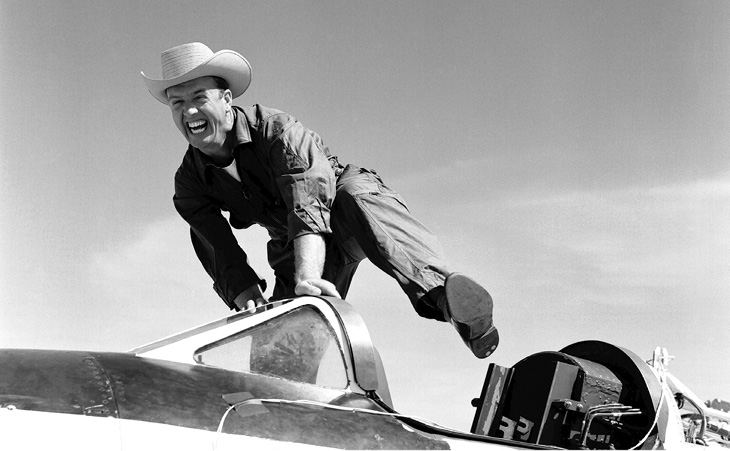 “Cowboy” Joe Walker during his NACA test flight days. He flew the X-1A (shown above) after it was transferred to the NACA in late 1954. Additionally, the Cowboy’s multiple flights of the X-15 made him the first person to make multiple spaceflights, as the altitude achieved by the plane crossed the threshold for space, qualifying him as an astronaut.

The centenary closed with a panel discussion on which aspects of aeronautical endeavor should get historical attention next. The University of Southern California’s Peter Westwick called for a reexamination of the labs and aerospace programs in the wake of curtailed funding opportunities, introducing the word “reformation”; he suggested that researchers complicate the established NACA narratives by examining the activities of the aeronautical labs during the space race and exploring the contributions of less prominent figures. The University of Dayton’s Janet Bednarek recommended contextualizing the history of the NACA and NASA, suggesting that including it in interdisciplinary studies, while keeping issues like sustainability and accessibility in mind, will provide a richer story in the end. Mark Lewis rounded out the talk by assuring the doomsayers that 21st-century students entering aerospace have adequate skills and that there will be projects they can contribute to in the coming decades.

With the conclusion of the symposium’s second day, attendees were left with a wealth of knowledge to process, as the speakers made very clear that plenty of meat remains on this historical bone. Calls for the privatization of space exploration are increasing, they say, and the 100 years since the formation of the NACA can be mined for examples of the benefits a collaborative atmosphere can bring to new aerospace projects. Furthermore, the history of the NACA shows what can be done on a shoestring budget and in the wake of organizational doubts and concerns over research overlap. This point of view remains relevant in the present day as NASA is continually pressed on its budget and questioned on what its “core mission” includes and excludes.

Jacob Ingram is the AHA’s editorial assistant. By the time this issue is in print, he will be back in his beloved California.