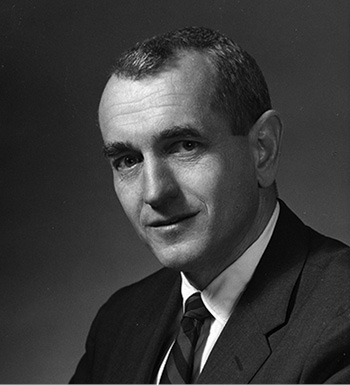 Carl N. Degler, a former president of the American Historical Association, the Organization of American Historians, and the Southern Historical Association, died on December 27, 2014, after a lifetime of productive engagement with American history. Degler’s scholarship combined broad scope and masterful synthesis with original, often provocative, insights. The subjects of his dozen books and extensive articles ranged from race and slavery in early America to Southern politics, modern political party realignment, women and the family, and the history of evolutionary ideas.

Degler was a strong advocate of comparative history, the subject of his Pulitzer Prize–winning 1971 study Neither Black nor White: Slavery and Race Relations in Brazil and the United States (1971). He also championed a more inclusive profession, one that expanded the ranks of women and racial and ethnic minorities and that took their histories seriously. A writer of engaging and accessible historical prose, he was determined to explore complexity while making history available to those outside the academy.

Raised in Newark, New Jersey, Degler graduated from Upsala College in 1942 and served during World War II in the US Army Air Forces in India, where he worked as a weather observer. After the war, he began graduate studies in US history at Columbia University, completing an MA in 1947. As he wrote his dissertation, he taught as an adjunct instructor throughout New York City. In 1948, he married Catherine Grady, a graduate of Cornell and an English teacher whom Degler often acknowledged for refining his historical writing. They raised two children, Peter and Suzanne.

In 1952, Degler received his PhD and joined the faculty of the all-women’s Vassar College, where he delighted in teaching. He chose not to publish his dissertation on the impact of early industrialism on New York City workers during the 1850s. Much of his historical writing during the 1950s and 1960s consisted of texts geared to classroom use, tackling subjects from the 19th-century economy to the Cold War era. He also wrote for wider audiences in publications such as American Heritage, The Nation, the New Republic, and the New York Times Magazine. His first major book followed the advice that he would later impart to me: “Write what you teach.” An interpretive synthesis of American social history based on his Vassar course, Out of Our Past: The Forces That Shaped Modern America (1959), became a standard college text.

Vassar College helped shape Carl Degler’s feminist consciousness. Perusing the books by women in the college library, he came across Charlotte Perkins Gilman’s Women and Economics (1899), which led to both his 1956 article on Gilman’s feminism and a 1966 reprint edition of her book. After Betty Friedan lectured at Vassar, Degler introduced her to Gilman’s work. A decade later, Friedan invited him to join the National Organization for Women. Degler was one of the two male founding members. He later cited the dilemmas of work and family faced by Vassar graduates as one inspiration for his 1980 book At Odds: Women and the Family from the Revolution to the Present.

Along with course books and syntheses, Degler published a constant stream of scholarly articles. They typically seized on a problem—whether the relationship between racism and slavery in early America or shifting political party alignments in the 20th century—and staked out a strong ­interpretive position. Just as he delighted in intellectual argumentation in person, he comfortably challenged other historians in his writing. His growing scholarly reputation led to inquiries from several research universities, and David Potter succeeded in persuading the Deglers to relocate to Stanford in 1968.

At Stanford, Degler continued to thrive as an undergraduate teacher. He also became a highly sought-out graduate mentor. Former graduate students praised his infectious enthusiasm for historical inquiry, his close reading of their work, and the humanity with which he treated all students. He also offered crucial encouragement to feminist historians, within and beyond Stanford.

Before his move west, Degler had become interested in the comparative history of slavery, studying both Brazilian history and the Portuguese language to produce Neither Black nor White. In it he rejected Frank Tannenbaum’s argument about the more humane treatment of slaves in Brazil. The book solidified Degler’s academic standing. In addition to a Pulitzer, it received the Beveridge Prize from the AHA and the Bancroft Prize, and Degler subsequently won a Guggenheim Foundation Fellowship and became the Margaret Byrne Professor at Stanford. He continued to write about the South, including The Other South: Southern Dissenters in the Nineteenth Century (1974).

In his dissertation, Degler had noted the importance of women in the labor force, and he taught women’s history at both Vassar and Stanford. His personal commitment to women’s rights led him to serve professionally on the AHA Committee on Women Historians in the 1970s. For his inaugural lecture as the 1973–74 Harmsworth Professor at Oxford he chose the topic “Is There a History of Women?” In the Stanford archives, he came across Clelia Duel Mosher’s pioneering survey of female sexuality, the subject of his striking reinterpretation of this subject in a 1974 AHR article. The culmination of his inquiries into women’s history was his 1980 book, At Odds, in which he argued that even as familial affections intensified in modern history, women sought greater autonomy from the family, creating a conflict that persisted in contemporary America. His final book, In Search of Human Nature: The Decline and Revival of Darwinism in American Social Thought (1991), turned to sociobiological explanations of gender roles, although Degler insisted that both nature and culture shaped human behavior.

Carl Degler retired from teaching in 1990. After Catherine Degler’s death in 1998, he married Therese (Tessa) Baker, a sociologist with whom he traveled widely. In 1991, Degler described himself aptly as “a liberal, a feminist, and a firm believer in racial equality.” He is fondly remembered by students and colleagues for his intellectual curiosity, the joy he took in arguing about history, and the generosity he consistently exhibited.