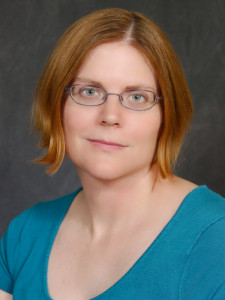 Susan Smith-Peter is an associate professor and the chair at the College of Staten Island, City University of New York. She lives in Staten Island, New York, and has been a member since 1996.

I at first wanted to be a foreign correspondent in Russia, and then I took a great course in Russian history at Ohio University with Dr. Steven Miner that got me interested in history.

I am finishing up a project on the connections between regional identity and civil society in provincial Russia in the mid-19th century. My next project is a comparative history of the different racial regimes of Russia and America as experienced in one Yup’ik (formerly known as Eskimo) village on the Yukon between 1860 and 1890.

The ability to teach critical thinking. It is so important for students to realize that history is about questions, not answers.

For the annual convention and to support the collective interests of historians.

The most intense conversations seem to happen when one person is on the up escalator and the other is on the down one.

Recently, I’ve become obsessed with the topic of Britain in World War II. There are some amazing films, some well known, some totally forgotten, from this period on ffilms.org. In general, I’m a big movie buff.

When I was in Russian Mission, which is a village on the Yukon, I met an Alaska Native man whose last name I recognized from my research in the history of creoles, who were offspring of Russian or Siberian Native men and Alaska Native women. They were an educated estate that was created to serve the Russian American Company. I was able to share with him the history of his family from when the first man with his family name was settled on the Kurile Islands in the late 18th century. He took me to his father’s house and took down a book from inside an icon case on the wall. He told me that he’d wondered all his life what it said. I was able to read the Russian inscription and tell him that it was a copy of the Gospels in Russian given as an award for good behavior in the early 20th century in an early town in Alaska. He was very excited and thanked me. From this and other experiences in Alaska, I’ve realized that history can be more than scholarship alone. It connects people with their past and so can change their view of the present.