A Historian Visits the Hill: My Participation in the National Humanities Alliance Advocacy Day

In my everyday work at the AHA, I often make arguments for the usefulness of historical training and habits of mind. But it is quite unusual for me to climb Capitol Hill and advocate in the vaulted halls of Congress. What was it like? I’d have to say it was both eye-opening and invigorating, and I look forward to doing it again.

The National Humanities Alliance (NHA), an advocacy coalition of which the AHA is a member, held its annual meeting on March 16, followed by the 16th annual Humanities Advocacy Day on March 17. Thanks to the hard work of NHA staff, advocates were assigned to delegations based on their state of residence. As a resident of the District of Columbia, and therefore without a voting member in Congress, I was assigned to one of the “national” delegations, which meant I was able to visit the offices of senators and representatives from four different states. Delegations advocated for funding for the National Endowment for the Humanities and the Library of Congress, as well as funding for HEA Title VI and the Fulbright-Hays programs, which support graduate research. They also advocated on behalf of four other funding streams, which are used to help support preservation of local records, museums, and other humanities programs. In total, the funds requested were just under $500 million for the NEH and other programs, with nearly $600 million in additional funds requested for the Library of Congress.1

The first thing I learned was how much more I have yet to learn. Did you know that last year the NEH budget was $146 million? That the National Archives and Records Administration has a “grant-making” arm called the National Historical Publications and Records Commission? That funding for the humanities comes through different appropriations bills, including the Interior, Environment, and Related Agencies bill and the Labor, Health and Human Services, and Education bill? I didn’t. If you’re going to argue for something, it helps to know the details, and learning the details of how the NEH and similar programs are funded was an education in itself. 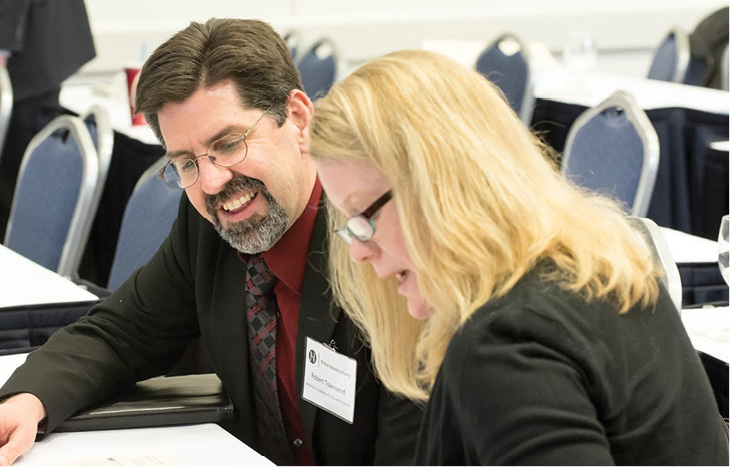 Luckily for a novice like myself, the NHA prepares would-be advocates the day before, with a day of presentations about the usefulness of the humanities and the challenges the field faces. The 2015 annual meeting featured Scott Jaschik, who was a history major as an undergraduate and is now editor of Inside Higher Ed, and William “Bro” Adams, chairman of the National Endowment for the Humanities, as well as an array of humanists inside and outside the academy. One highlight was a preview of an interactive map of local humanities activities, which will be produced by the Humanities Working Groups for Community Impact, a new joint initiative by the NHA and the Federation of State Humanities Councils.

At the conclusion of the presentations, attendees split into delegations to plan their Hill visits the next day. In our case, that involved reviewing information provided by the NHA about the members assigned to us—the committees they belonged to, their votes on previous legislation involving the NEH—as well as the members of congressional staff with whom we were scheduled to meet. In addition, we reviewed online talking points about where NEH funds had been spent. Another interesting thing I learned is that lists of NEH grantees are available online and can be sorted into congressional districts.2

During visits with congressional staff, I made several observations. First, I was reminded of how integral history is to public understandings of the humanities, and how efforts to capture a local community’s history can be a powerful statement for the usefulness of humanities disciplines overall. For example, Chronicling America is a partnership between the NEH and the Library of Congress that is digitizing (and making searchable) local newspapers across the country. So far, the program has produced nearly a million pages of digitized text, covering the years between 1836 and 1922.3 Projects such as this are integral to the work of academic researchers, but they arguably hold even more significance for local classrooms and communities; their importance is easily understood by a wide variety of community members.

I was also struck, however, by how the Advocacy Day experience seemed less alien than I had anticipated. Prior to the visits, we had been told by NHA staff to remember that visits to Congress were just like any other meetings. This was correct, though I would add that they are likely to be shorter than many other meetings I’ve attended. I also found, however, that the experience of teaching seminars lent a feeling of familiarity to the discussion of issues around a (very) small table. While I did not feel entirely out of my element, the experience reiterated the importance of the four skills identified through the AHA’s Career Diversity for Historians initiative:4

Advocating in Congress is likely not the career outcome for many aspiring historians, though at least one history PhD is employed at the National Humanities Alliance, and congressional staffs have been known to include history PhDs.5 But it is always comforting to be reminded that my history training has given me a foundation for a wide variety of occupations.

If you’re interested in trying your hand at advocating on behalf of history and the humanities, the National Humanities Alliance offers an online advocacy guide, including current action alerts and a guide for lobbying for 501c(3) organizations.6 It may be helpful to remember, however, that it’s not necessary to climb the Hill to argue for the usefulness of historical thinking. The AHA encourages its members to bring their expertise to bear on issues of both local and national importance. A dedicated page on the AHA website (http://www.historians.org/news-and-advocacy/member-action) highlights these contributions. Who knows, though: maybe you’ll join me for the National Humanities Alliance Advocacy Day in 2016.

1. The names of all the programs are available at http://www.nhalliance.org/advocacy/funding-priorities/index.shtml.

2. Find the grants in your area at https://securegrants.neh.gov/publicquery/main.aspx.

4. More on the four skills can be found in “Career Diversity Phase II: Kickoff in DC,” Perspectives, November 2014,
http://www.historians.org/publications-and-directories/perspectives-on-history/november-2014/career-diversity-for-historians.

5. John Lawrence, “A Historian on the Hill,” Perspectives, September 2013,
http://www.historians.org/publications-and-directories/perspectives-on-history/september-2013/a-historian-on-the-hill.

6. See the Advocacy page of the National Humanities Alliance website, at
http://www.nhalliance.org/advocacy/index.shtml.