The Pursuit of a PhD 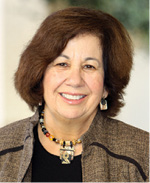 Whether one is a hovering, “helicopter” mentor or more of a “free-range” style adviser, we share a responsibility to our students beyond the dissertation. Given the dearth of tenure-track jobs, how do we move from commiseration to action—as individuals, as departments, and as professional organizations? I take pride in the multi-spoke efforts undertaken by the American Historical Association. A quick visit to the AHA Career Diversity website (www.historians.org/careerdiversity) reveals a range of initiatives dealing with, but not necessarily limited to, data collection, career pathways, and contingent faculty.

In a recent article on migratory, temporary employment, Chronicle of Education columnist Leonard Cassuto informs his readers: “The problem is not limited to historians. They just have the best data.”1 In their 2013 report to the AHA, L. Maren Wood and Robert B. Townsend provide a benchmark survey of historians who received their doctorates from 1998 to 2009. Based on a sample of 2,500 out of a universe of almost 11,000, Wood and Townsend found that 51 percent had secured tenure-track jobs at four-year campuses with an additional 2 percent on the tenure-track at community colleges.2 To make a finer point, only one-sixth of recent PhDs secure employment in the most intensive research institutions, a designation reserved for 108 colleges and universities, including elite privates (e.g., Stanford), flagship publics (e.g., Michigan), and other large state universities (e.g., University of Alabama, Birmingham).3

Does the academic job crisis for historians vary according to field? According to Wood and Townsend, only 44 percent of both US and world historians find tenure-track jobs at four-year schools, in contrast to 52 percent of Europeanists and “65 percent or more of specialists in the histories of Africa, Asia, Latin America, or the Middle East and Islamic World.” And time from degree does matter when on the job market, with five years as a mark of diminishing marketability. Restricting one’s job search to a particular region, moreover, can also markedly increase the likelihood of non-tenure-track or administrative employment, as noted in figure 8 of “The Many Careers of History PhDs.” At the department level, the parsing of employment data should spur internal discussions about graduate training and cohort size as well as provide eager applicants critical points of comparison among different programs. (Think of it as truth in advertising.)4

Turning on its head the notion that a career outside the classroom is some sort of consolation prize, AHA leaders, professional staff, and partners seek a more expansive vision of graduate education that values service to multiple publics.

Given sobering placement numbers, how can departments prepare PhD students for a rewarding life outside the classroom? With a $1.6 million dollar grant from the Andrew W. Mellon Foundation, the AHA will further develop its Career Diversity for Historians initiative. Four partner campuses (Columbia University, University of Chicago, University of New Mexico, and UCLA) have launched pilot programs that introduce their doctoral graduates to an array of positions in the nonprofit, government, and private sectors. Conceived as value-added incentives, such projects will enhance current curricula. Or as Julia Brookins and James Grossman explain, “the AHA is not asking faculty members themselves to . . . develop new expertise. Rather each pilot, and all of the AHA national project activities, will be focused on cultivating students’ own agency, as they engage in the kinds of training, experiences, and exploration that excite them and broaden their career choices.”5 Turning on its head the notion that a career outside the classroom is some sort of consolation prize, AHA leaders, professional staff, and partners seek a more expansive vision of graduate education that values service to multiple publics.

Forty percent of my own dissertation students have staked out satisfying careers in documentary film, libraries, higher education administration, student affairs, and public policy. For example, Emilie Stoltzfus (author of Citizen, Mother, Worker: Debating Public Responsibility for Child Care after the Second World War) is a senior social policy analyst for the Congressional Research Service. In preparing a brief, she relies on historical context, identifying the origins of an idea and then where and when it entered the arena of public policy. Congruent with the attention paid to numeracy within the Career Diversity for Historians programming, Stoltzfus emphasized the importance of quantitative skills to her work as an analyst, skills she acquired after she received her PhD.6 Encouraging the exploration of varied career paths early on will provide aspiring historians with fresh ways of learning, knowing, and doing. While there are platitudes aplenty about the intrinsic rewards of the doctoral journey, destination does count.

The academic job crisis spans four decades, but perhaps our sharpened awareness of its presence stems from the steady rise of faculty employed off the tenure track in our midst and among our students. Indeed, these colleagues, often imprecisely lumped together under the category adjuncts, “now make up 50 to 75 percent of those teaching in higher education.”7 Aiming toward a consideration of this problem from the perspective of the quality of history education provided to our students, the AHA has established an Ad Hoc Committee on Contingent Faculty, cochaired by Lynn Weiner and Philip Schuma. The committee’s charge revolves around data collection and analysis with an eye toward policy. Where do faculty working on contracts rather than within the tenure system teach? What proportion of these instructors attempt to cobble together a livelihood from classes scattered across several campuses? How can department chairs, within the limits of their authority and their resources, improve the working conditions of contingent colleagues, within the context of an emphasis on how those working conditions affect undergraduate education in our discipline? Data around these and related questions will provide a more precise picture on which to base meaningful recommendations. The new ad hoc committee has an ambitious agenda to better understand and possibly bridge the fault line of tenured/tenure-track and off-track.8 As Leonard Cassuto suggests, “Instead of thinking wishfully about how great it would be to have a better system, let’s focus on what can be done with the bad system that we have.” To mitigate what he calls “the ‘VAP [Visiting Assistant Professor] trap,’” he encourages the type of career diversity programming already underway through the AHA’s Career Diversity for Historians initiative.9

I remain hopeful that our initiatives will widen opportunities for current PhDs. However, this optimism is tempered when I reflect on the job prospects for my recent doctoral graduates. Out of four accomplished junior historians (with seven prestigious research prizes and fellowships among them), only one has secured that elusive tenure-track position. Of the others, one has retreated from view, while the rest remain freeway flyers and/or part-time administrators. Trite as it may sound, it breaks my heart to watch them struggle. With an additional four mentees in the pipeline, I have placed a personal moratorium on PhD recruitment. I respect and support colleagues who desire to guide a new generation, but my priority remains on the career paths, inside and outside the academy, of individuals with whom I have a long-standing mentoring relationship.

Furthermore, we should acknowledge the considerable debt that many students accumulate to further their education. In my experience, even multiyear packages rarely sustain historians through the completion of their dissertations. Besides the seemingly endless negotiations (or more like downright battles) over internal graduate support, especially at public universities, departments can implement strategies to supplement campus allocations. Organizing a Friends of History committee, a community lecture series, or an alumni network can build relationships that lead to enhanced fellowship support and dissertation grants. At UC Irvine, for example, Charles Quilter, an alumnus of our PhD program, and his wife, Anne, have established a fund for graduate travel to collections, and the family of our beloved late colleague Dickson Davies (Dave) Bruce has honored his legacy through the establishment of a dissertation research award that bears his name.

More campuses are taking career diversity seriously, committing significant resources to professional development. A number, including Claremont Graduate University, Notre Dame, University of Maryland, and Columbia, have created dedicated graduate placement offices. The Graduate Career Consortium (GCC) represents a robust network of university administrators who offer job-centered services and coaching for doctoral candidates across the spectrum, from chemistry to classics. Inside Higher Ed even features a bimonthly GCC advice column titled “Carpe Careers.” The American Historical Association stands at the forefront of this paradigm shift in academic training and expectations. As James Grossman explains: “Success means flexing our disciplinary muscles and asking how we can inject historical thinking and humanistic values in a variety of contexts.”10 In other words, let’s work together to prepare more seats at Clio’s table by extending her reach.

2. L. Maren Wood and Robert B. Townsend, “The Many Careers of History PhDs: A Study of Job Outcomes, Spring 2013,” www.historians.org/manycareers.

3. Notes from James Grossman’s “Why Now Is a Good Time to Get a History PhD,” (career development talk at UCLA, February 2, 2015); “Appendix 1-2, List of Research 1 Institutions,” in Gender Differences at Critical Transitions in the Careers of Science, Engineering, and Mathematics Faculty (Washington, DC: The National Academies Press, 2010), http://www.nap.edu/openbook.php?record_id=12062&page=178.

4. L. Maren Wood and Robert B. Townsend, “The Many Careers of History PhDs”: “Most faculty members in non-tenure-track or administrative positions were employed in the same region in which they had earned their PhD (61.1 percent), nearly twice the proportion of those employed in tenured or tenure-track positions.” Unfortunately, the data cannot explain with any precision the vicissitudes of the academic job market (e.g., has the number of US history searches fallen over the past decade?). My department displays jobs data in a very accessible manner.
See http://www.humanities.uci.edu/history/graduate/placement.php.

8. “Charge for Committee on Contingent Faculty,” Perspectives on History, February 2014, http://www.historians.org/publications-and-directories/perspectives-on-history/february-2014/the-aha-ad-hoc-committee-on-contingent-faculty. Other members of the committee include Sharlene Sayegh, Charles Zappia, and Monique Laney.