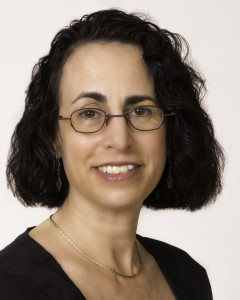 Bonnie Effros is a professor of history and the Rothman Chair and director of the Center for the Humanities and the Public Sphere at the University of Florida.She lives in Gainesville, Florida, and has been a member since 1993.

I’m not sure when I first started reading history, but I know that by the time I was in high school, I was hooked and enrolled in all of the classes that were offered. At first, though, I thought that I might want to pursue a career as an archaeologist … but a few summers of hard digging cured me of my romantic vision of fieldwork. In the end, I was able to find a compromise between the two disciplines that allowed me to become not just a multi-disciplinary practitioner but an observer of how the two practices interact. In my research, I try to address questions that otherwise get lost between disciplines. It has been a fruitful and rewarding enterprise, one that I get to apply at my job at the UF Humanities Center every day.

While I was working on a history of early medieval archaeology in France, I noticed that several of the first “professional” practitioners, and the ones who moved into some of the earliest positions of authority in the field, had done their training in classical archaeology either in Greece or North Africa. I wondered what exactly that meant, and following that thread led me to my current project on the role of French officers in Roman archaeology in North Africa following the conquest of Algiers in July 1830. Although I had never previously worked on military history—and I naively knew little about the brutality of the 19th-century conflict in North Africa—this research has been personally transformative by helping me understand more deeply how contingent our scholarship is on the circumstances in which we perform it. The classical training of French military officers may have prepared them to excavate the ruins they found on the coast of North Africa, but it was their assumptions about their legacy as the heirs of Rome in bringing “civilization” to North Africa that allowed them to justify the horror of the violence they were inflicting on the Arab, Berber, and Jewish inhabitants of North Africa.

In the past decade, my work has taken a radical turn from the early Middle Ages to 19th-century France and Algeria. The shift was not the result of an identity crisis but rather stemmed from some of my frustration with the tenor of the fraught debates over the nature of early medieval ethnicity in the late 1990s. When I started looking for the roots of the controversy in 19th-century European nationalism, the reasons for many of the divisions in the field became a lot clearer. By turning my research around, and asking how and why medieval archaeology developed as a discipline in the 19th century, I thought I was able to offer some important context to current discussions in the early medieval field and demonstrate the subject’s continuing relevance in a period when practitioners in the humanities have been under great pressure to justify what it is we do. My work on French archaeology in North Africa similarly emphasizes how classical studies underlie not just our understanding of the ancient world but modern colonialism as well.

I highly recommendAnn Laura Stoler’s Along the Grain: Epistemic Anxieties and Colonial Common Sense (Princeton University Press, 2009). It is beautifully and thoughtfully written and gets to the heart of the dilemmas we face in the archives.

There are so many things I value about working as a historian that I scarcely know where to begin. Being a historian has given me great freedom to work on topics that I think are important and my work never gets boring; in my teaching, it has offered me the opportunity to help students think more critically about what they read and hear every day.

In the beginning, to be honest, it was because I had to find a job. But over the years, it has allowed me to retain ties to a larger community of scholars.

When I was interviewing for jobs, I looked forward to the annual meeting with great trepidation. Now I like it a lot more: it is a great way to meet up with old and new friends and get a good sense of where the discipline is heading.

I love to spend time with my kids and husband, work on house projects (I just learned to tile), cook Moroccan food, and travel.

I wish that I could feel better about encouraging students to pursue a career that has given me so much pleasure. The landscape of higher education in the US is changing so quickly that I am not confident that the opportunities that were open to me and my contemporaries in graduate school 20 years ago will still be available in a decade.