Why I Belong to the AHA 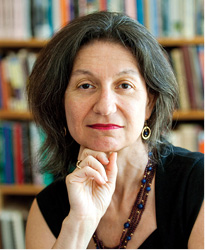 When I arrived in the United States in 1987 to take up an assistant professorship, I knew only a handful of people scattered around the country, none of them close to northern Florida, where I would be based for the next four years. Coming from the British academic system (albeit via a postdoc in Australia), I had little sense of the possibilities of a professional community bounded only by the broadest contours of the discipline rather than by a closely delineated subfield. While the English Historical Review occupied, in some ways, a role akin to that of the American Historical Review, it was not attached to an organization, and the main UK organization for professional historians, the Royal Historical Society, required nomination and an election process for membership, making it the domain largely of more established historians. When I discovered the AHA, I’d never before seen anything quite like it. And I liked what I saw.

For a new professional, and a migrant one at that, building a sense of community mattered, and it was via the AHA (along with my subfield society, the small but immensely welcoming and lively North American Conference on British Studies) that I began to figure out networks, friendships, and a sense of place in what seemed an enormous and daunting professional world. Here was a place where I could (and did) seek advice, engage with a variety of scholars, witness the considerable range of the discipline, and find out about the critical debates of the moment as well as who was writing on what and what was being published. I joined the AHA not long after I came to the United States and have been a member ever since; I’ve been delighted to become increasingly involved in the Association over the years.

I well remember attending my first AHA conference. It was not the monstrous and stressful affair that I hear many people describe, even though I was there to interview for a job (one I didn’t get). On the contrary, I thought it was something of a wonderland. All these people were historians! Many of them, when I sneaked a peek at their name tags, were people whose work I admired! The book exhibit, like all else I was witnessing, was on a scale I had never before encountered; it’s a sight that thrills me to this day. But more than anything, what struck me, as a newcomer to the academic culture of the United States, was the realization of the intellectual and professional opportunities such a meeting, and the organization behind it, presented.

With the job interview behind me, I attended panels, spent far too much time and money in the book exhibit, and chatted to complete strangers whose vocabulary matched mine and whose work, by no means always connected to mine, nonetheless proved really interesting.

The importance of the Association, for me at least, is that its work has the capacity to affect and influence historians of every kind; it’s precisely because it doesn’t privilege a particular kind of historical work that the AHA is effective as a professional organization.

In the years since that first memorable experience, I’ve heard many historians assert that the AHA is not relevant to their interests. That’s a pity. The importance of the Association, for me at least, is that its work has the capacity to affect and influence historians of every kind; it’s precisely because it doesn’t privilege a particular kind of historical work that the AHA is effective as a professional organization. When the AHA lobbies around archival, funding, or curricular issues in Washington, neither the outcome nor the effect are narrowly confined to the interests of historians of the United States. The AHA’s presence, and its activism, constantly and tenaciously point to the critical importance of historical thinking in the broadest cultural terms, a reminder in big ways and small of how impoverished and small-minded society might become without a historical perspective.

It doesn’t seem to me to matter much whether we are historians of science or of economics, of China or of Spain: we share a commitment to historical scholarship, whether through teaching, writing, or exhibiting. It’s thus that we can imagine links between historians who work in museums and national parks, who teach in high schools and in research-heavy universities, who work as librarians, publishers, and filmmakers. We may have expertise in radically different arenas, regional or topical. We may disagree passionately about methodology or interpretation. We may disagree with the AHA’s stand on particular issues. I like that; I think it’s a form of healthy diversity. I don’t, though, see any of these differences as reasons to eschew membership in the AHA or to claim it as unrepresentative. Certainly there’s always more room for new and different voices, changes for the better that might be made. Looking back at photographs of old AHA Councils, it’s hard not to be struck by the numbing uniformity of male whiteness. The 1970 Report of the American Historical Association Committee on the Status of Women (bit.ly/1tAhSAx) took up cudgels on behalf of women in the profession; since then, increasing sensitivity to other areas where exclusivity prevailed (sexual preference and identity, race, adjunct faculty) have helped open the Association further, and there doubtless will—and should—be more such claims in the years to come. The AHA is by no means a perfect organization (what would that look like?), but it’s our organization as historians, and it’s up to us to ensure that it represents us. Ignoring it, not being a member, does nothing to effect change.

I get my fill of talking to other historians who work in cognate areas to mine via more specialized organizations and meetings, or via the H-Net lists that cater to so many variants of the discipline, but I value the chance, too, to hear about work considerably beyond my own specialization and to share broader professional concerns with people who teach in radically different institutions to those in which I’ve worked. And while I’m incredibly lucky to work in a department big enough to accommodate a wide range of approaches and areas, many of us work in small departments with far less intellectual diversity; in some cases, there may be only one professional historian in a hybrid department serving many disciplines. What the AHA has offered me over the years—at the annual meeting, through its publications, and now, increasingly, through its electronic services—is a way to learn about the work of scholars who don’t look like me, who don’t write like me, who perhaps don’t agree with me, but with whom I do share a professional and intellectual commitment and a vocabulary. I’m not sure where else, especially when I started out in the 1980s, that diversity would have been so readily available to me. And while today’s social media certainly facilitate such contact more easily, the AHA acts as a helpful clearinghouse for the creation of professional and intellectual community. It’s worth stopping to consider what the historical community in this country would look like without the AHA. What might not get done? What, perhaps more alarmingly, might be done—to funding, to curricula, to document preservation? What about the American Historical Review? Its capacity to publish articles on big topics, to organize roundtables and conversations between scholars from many different areas of the profession, to provide a vast database of new publications on a scale no other journal can begin to match is of tremendous importance. Imagine not having access to that. We would all be the poorer without its reach and its intellectual generosity. No other grouping of historians performs the same functions for all of us as the AHA. So if, like me, you value a professional world in which you hear from and communicate with historians of different backgrounds, interests, approaches, and positions, encourage your reluctant colleagues to join the AHA. I suggest to all new graduate students that they become members of both their specialist society and of the AHA: the one so they keep up with current scholarship in their area and meet their present and future colleagues, the other because the more diverse and representative of the discipline the AHA becomes, the better it can protect history, as well as historians, from those who see little value in what we do. I’m quite clear with students that membership in both the broad and a specialist organization is, for me, the really principled position. It is one that doesn’t choose between the AHA and a more specialized society but rather appreciates how they complement one another. And I’m just as clear that my capacity to settle comfortably into a new life in the United States was greatly helped by joining the AHA. It’s why I’m more than willing now to work for and to promote the benefits of the organization. Please help me do that if you care about the future of the discipline.