The “Proper Study of History”: What the Public Thinks about Historical Thinking 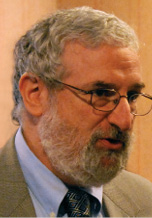 “They have all this Afro stuff on the AP now, and I realized that if I don’t know how to get it into the course my students won’t do well on the exam.”

The moment I heard that, nearly 30 years ago, was the moment I realized how important Advanced Placement could be in changing the way students learn history. This was a Chicago social studies teacher, introducing himself to a summer institute in American social history and responding to the traditional “why are you here” aspect of introductions. I have no recollection as to whether I eventually convinced him of the intellectual value of the readings in African American history or other aspects of the American past beyond the conventional political narrative. Less than a decade later, however, this issue erupted nationally in what came to be called the “history wars” of the 1990s—a debate over national standards for US history, commissioned by the National Endowment for the Humanities, subsequently denounced by the agency’s chair, Lynn Cheney, and condemned by the US Senate by a vote of 99–1. Washington was not ready in 1994 for American students to benefit from the generation of historical scholarship that had begun to make its way into the high school curriculum in other ways, but was still anything but mainstream.

A generation later, we face once again the possibility of a debate over whether changes in historical scholarship—yes, “revisionism”—should have an impact on what students learn in high school. The AP is now mainstream; the US history exam is now taken by approximately 500,000 students each year. And this past summer the College Board came under fire for a new framework for preparing students to take the exam. In response to what it considered ill-informed and unfair criticism of the framework, the AHA Council issued a statement of support (see page 15) for the new approach, which had been developed by professional historians working in secondary and postsecondary education. The Association’s statement appropriately emphasized the positive, focusing on the value and validity of the framework, rather than picking apart the arguments against it.

But the substance of the emerging debate is important, and it stimulated me to submit an opinion essay to the New York Times responding to the particular critique that had surfaced. The argument in that essay will be familiar to many readers of Perspectives. The critics claim that the framework “reflects a radically revisionist view of American history that emphasizes negative aspects of our nation’s history while omitting or minimizing positive aspects,”1 and provides inadequate attention to the Founding Fathers, iconic documents, and national achievements. I pointed to the capaciousness of the framework, its emphasis on historical thinking rather than “a litany of names, dates, and facts.” And the legitimacy—indeed necessity—of revisionism. Hardly any surprises here. The response, however, was striking, as the article rose to #2 on the newspaper’s “most e-mailed” list and attracted 543 online comments before the newspaper closed the gate. Americans care about their history, especially when it comes to what our children learn in school.

To think historically is to understand the nature and necessity of revisionism, and I urge all historians to find an opportunity to explain this in public venues.

The broad response offers a glimpse into what one unrepresentative portion of the American public—readers of the New York Times—thinks about history, pedagogy, and the role of both in the creation of an educated citizenry. On one issue, just about everyone agreed: “a proper study of history is one of the key foundations of American citizenship,”2 in the words of one of the critics. The problem is what we mean by “a proper study of history,” and perhaps also the role of a citizen in a democratic society. Critics of the framework seem to be arguing that citizenship in this context rests in knowledge of and appreciation for a nation’s accomplishments, virtues, and continuities. If one tilts more toward lifelong learning and a citizenry whose virtue lies in its certain skills, such as asking good questions; finding, sifting, and evaluating evidence; and making informed judgments based on inquiry rather than accepting conventional wisdom, then the skills that we teach our students are at least as important as the information they imbibe (much of which passes through rather quickly anyway).

My framing of these skills engendered considerable debate among those who posted comments and sent me private e-mail messages. I referred, for example, to attention to context as “work that requires and builds empathy, an essential aspect of historical thinking.” Even some people who were sympathetic to my general argument had trouble with this, conflating empathy with historical relativism, vicarious experience across time and place, and an emphasis on “feelings.” As one correspondent put it, “I suppose the word ‘empathy’ has entered the pantheon of coded language which sets off alarm bells in one half of the country or the other.” I meant instead an emphasis on reading history forward, rather than backward; teaching students that to understand how people made decisions, one had to situate oneself within a world defined by their experience and the information available to them. As Virginia Scharff explains it to her students at the University of New Mexico, “The people we’re studying were not always dead.” To understand their lives, their experience, requires empathy. This pertains as much to George Washington and Franklin Roosevelt as it does to the ordinary people whose experiences have allegedly eclipsed them in our lesson plans.

The disagreements over historical thinking, however, were encouraging in the sense that they suggested exactly the kind of conceptual engagement we want to promote, whether in classrooms or any other place where people discuss the past. Less encouraging were some of the notions of the nature of historical work and thinking itself. To many readers of the Times essay, the debate is hardly surprising because history is little more than opinion. One narrative is just as good as any other, and historians shape their narratives according to their politics. Others went to the opposite extreme: history is “what happened.” With a proper curriculum and a good teacher, students learn “what happened” and then use that knowledge for higher-order thinking. The notion that interpretation lies in selecting and organizing “what happened” is apparently as difficult for many people to grasp as the fact that such selection and organization is more than a matter of personal preference and opinion. Indeed, much of the conversation in the online postings consisted of a fascinating debate over what should be included. That debate alone would make for a productive session in any public humanities venue, although it would still focus not on why we teach history—which should always be the prior question—but on what we teach.

Controversies over what we teach brings us to revisionism, the all-purpose accusation that resonates so effectively in public discourse. I admit that one motivation for writing this essay for a daily newspaper was a long-held impatience with the way in which “revisionist” has emerged as a conventional reference to narrative dishonesty. I doubt that any newspaper will publish an essay called “On Revisionism,” in which I get to explain what revisionism is and why it is essential, not only to historical scholarship but to much of what we do in life. My friend and colleague Jim Horton used to ask audiences how they would feel about a surgeon who didn’t read revisionist medical literature—an analogy that resonated with my readers.

Much of what we do in life requires a willingness to reconsider our narratives, our understandings based on new evidence, and new ways of thinking. This is, after all, one reason why we study history—to learn why this process is essential, and how to do it. To think historically is to understand the nature and necessity of revisionism, and I urge all historians to find an opportunity to explain this in public venues. If every student taking the advanced placement exam in history learns how to reconsider a narrative based on new evidence and new questions, then we will have answered, at least in part, that prior question about why we study history in the first place.

James Grossman is the executive director of the American Historical Association. Follow at @JimGrossmanAHA.