Afew months ago my colleagues and I at the Digital Scholarship Lab at the University of Richmond released a digital edition of Charles O. Paullin’s 1932 Atlas of the Historical Geography of the United States (dsl.richmond.edu/historicalatlas). We’d spent countless hours working to enhance this great work of 20th-century print scholarship with 21st-century mapping functionality. We animated its many series of maps so that readers could hit Play and watch things like density of population, the planting of colleges, and international trade unfold over time. We manipulated icons showing centers of population and pathways tracing explorers’ routes so that those features could move across the otherwise static maps. We embedded hundreds of maps with data so that readers could click on a county to see how much cotton or how many Lutheran churches had been planted there.

We made every effort to be respectful of this work of scholarship we admired so much. But we felt its editor, the geographer John K. Wright, had authorized, even invited, us to update it when he remarked in his introduction to the Atlas that the “ideal historical atlas might well be a collection of motion-picture maps, if these could be displayed on the pages of a book without the paraphernalia of projector, reel, and screen.”1

Our enhancements were not meant to fundamentally change the Atlas but to make its maps more usable and useful, bringing it closer to the ideal that Wright could imagine but not realize given the limitations of print.

And, honestly, we also hoped our enhancements would make the Atlas a little bit cooler. By introducing movement and interactivity into these maps, we hoped they might be a bit more engaging and intriguing for young people who encountered them in undergraduate and high-school classrooms and for members of the general public who might stumble upon the Atlas through a Google search. Animation and interactivity, in other words, might function as the spoonful of sugar that made the medicine of American history go down easier for those who might not have any particular taste for the subject.

Upon the Atlas’s release, we were delighted by the reception. With the help of a story about the project in the New York Times, within two weeks more than 100,000 people had visited the site. 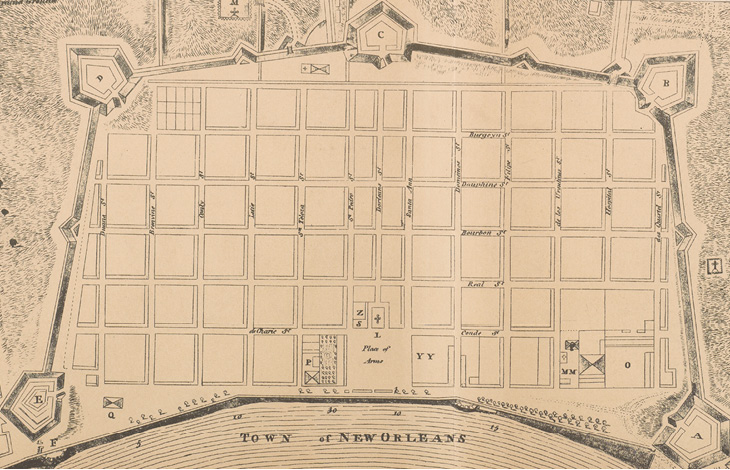 Figure 1. Boquita de Welseri’s “Plan of New Orleans, 1803,” as reproduced in the Atlas.

Fortunately, in the hundreds of tweets about the project, dozens of stories and comments on blogs and webzines, and the web analytics we collect I had some evidence to start to answer those questions. As I started browsing through these materials, one thing immediately jumped out: many people commented on the maps not because they were interested in American history per se but because American history was connected to something else they were passionate about. A minister zeroed in on a map of Presbyterian churches in 1890, tweeting, “Who says we’re not good at planting churches?” Thousands of genealogists visited the site hoping its maps might help them make greater sense of the movements of their ancestors. In a single day hundreds of players of the video game Assassin’s Creed III: Liberation looked at an 1803 map of New Orleans after a participant in an online forum used the map to point out that the small, grid-like 18th-century New Orleans of the game, which initially seemed to him oversimplified (“a city cannot be as simple as that”), in fact closely corresponded to that old map. 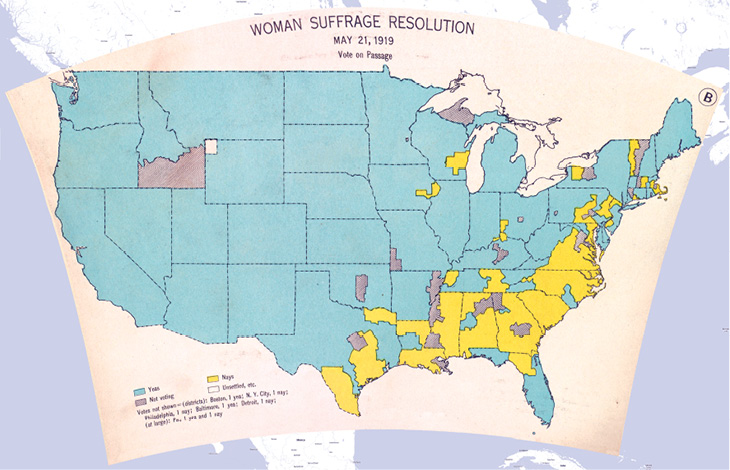 Some read the maps through a blue state/red state mentality, the deep partisan divisions of the present in the forefront of their minds. One person suggested that the 1919 womens’ suffrage map, which shows the congressional vote for the Nineteenth Amendment, “could double as a map of pro-choice voters in 2014.” Others tweeted things like “Women’s suffrage only really opposed in the South” to emphasize the long roots of southern conservatism. Someone else tweeted, “There were Philly and NYC votes against!!!,” surprised that a century ago congressmen from what are today liberal-leaning cities voted against the amendment. While these observations are pretty superficial—and of course it’s not easy to say something that’s not superficial in a 140-character tweet—they are examples of an engagement in one aspect of the practice of history, looking to the past to see how the current world came to be.

There were other instances where people discovered a dissonance between what they expected to see in maps of the American past and what they actually saw. Given that Abraham Lincoln is an object of admiration, even adulation, in the 21st century, many people were shocked by what they saw in the maps of the presidential elections of 1860 and 1864: broad swaths of the country didn’t vote for him, even in the North. “Lincoln didn’t win a county south of Indiana. Wow.” “Abe Lincoln got 2 percent of Bates County vote in 1860. Amazing.” Even “New York City voted against Lincoln twice.” Some people were learning another basic lesson of history: that the past can be a very different place than the present, that values and valuations can dramatically change over time.

If some people were engaging with the history the maps showed, others were clearly coming to the site mainly for the pleasure of looking at what one person called the “crazy beautiful geo-rectified old US atlas maps.” I hoped that geographer Denis Wood was right in saying “that any pleasure we might take in a text is sure to be, howsoever gratuitously, compounded with a little information.”2 In some of the responses to the Atlas I could certainly see that happening. In an episode of GeekSpeak, a Santa Cruz NPR radio show, one of its hosts enthusiastically described the fun of being able to animate once-static print maps on the Atlas site. While he didn’t use the words, he was essentially describing the site as map porn. Yet amid the fun, some historical meaning emerged: “It’s also a little bit terrifying, some of the things . . . you look at the slave trade, the colored population maps from the eighteen hundreds and then the nineteen hundreds. It’s like the history is there too, and it’s kind of frightening, but it’s really cool.” That was very satisfying to hear—the pleasure of playing with the “really cool” animations leading this man to a new appreciation of the “terrifying” and “frightening” aspects of American history.

Taken together, the comments on the Atlas underscored for me a point that Carl Becker made over eighty years ago, the same year the Atlas was published: history, particularly for the Everyman—and, of course, Everywoman—for whom it is not a professional stock-in-trade, is “a personal possession which each of us . . . fashions out of his individual experience, adapts to his practical or emotional needs, and adorns as well as may be to suit his aesthetic tastes.” That the perspectives on history of people who aren’t historians differs from those of us who are is, of course, hardly a surprise.

Yet as I continued to read through tweets, comments, and blog posts mentioning the Atlas, looking for signs that people were learning new things about American history from the maps—in short, looking for evidence that members of the imagined “general public” were engaging with the project the way I’d wanted them to, I realized something else. I’d worried that the public’s interest in the past was so shallow that they might miss the history in the maps. What I found instead was that my sense of history was too narrow, too disciplinary, too professional, so much so that I almost missed appreciating many of the diverse ways people made use and sense of the past. People used the project and what it conveyed about history in ways that spoke to their individual interests and curiosities and needs, connecting it to activities that entertained them, to the faiths they practiced, to their families’ journeys, and to their sense of the politics of their locale and their nation. And, not least and not vainly, many of them took some measure of pleasure in poring over maps about the past.

Robert K. Nelson is the director of the Digital Scholarship Lab at the University of Richmond.