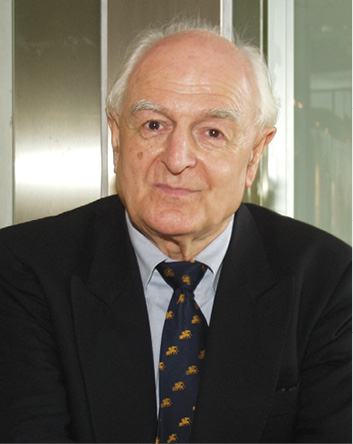 Social Historian and Honorary Foreign Member of the AHA

Born in 1931, Hans-Ulrich Wehler was one of the most productive and influential members of a generation that played a major role in the formation of postwar Germany’s political culture. This was the Hitler Youth generation, too young to be directly involved in Nazism’s crimes, but old enough to know that, if the Third Reich had survived just a little longer, they would inevitably have been drawn into the regime’s poisonous web. This was also the generation of exchange students. Like so many of his contemporaries, Wehler spent a formative year in the United States as an undergraduate at Ohio University in Athens, Ohio. He would return to the United States often, as a research fellow in 1963–64, then as a visiting professor at Harvard, Yale, Princeton, and Stanford. In 1999, he became the eighth German scholar to be named an honorary foreign member of the American Historical Association.

Wehler received his doctorate at the University of Cologne, where he was one of an extraordinarily gifted group who gathered around Theodor Schieder. After teaching for a year at Cologne and at the Kennedy Institute in Berlin, Wehler moved to the newly established University of Bielefeld in 1971, where he remained until his retirement in 1996. He lectured throughout the world—in Japan, Britain, Israel, and the United States—but Bielefeld remained the center of his professional and personal life. Here, together with his colleagues Jürgen Kocka and Reinhart Koselleck, he attracted an impressive number of talented young scholars who went on to have successful careers in Germany and abroad.

Few historians in any era have written so much of such high quality about so many different subjects. From his first book on German Social Democracy and the question of nationalism, published in 1962, until his last collection of essays, which appeared just a few weeks before his death, Wehler authored or edited at least fifty 50 books and hundreds of articles, reviews, and occasional pieces. Most of his research focused on the terrain where society and politics, wealth and power, interests and institutions intersect, the terrain that had been explored by Marx and Weber, who remained his intellectual models.

Wehler’s most widely read book was Das Deutsche Kaiserreich, 1871–1918 (The German Empire, 1871–1918; 1973), a brief interpretative account of the German empire that became the canonical statement of the so-called Sonderweg (“special path”) interpretation of German history. Although he continued to publish an uninterrupted series of articles and edited collections of essays in the 1970s, more and more of Wehler’s energies were directed to a single, monumental project, which would become a five-volume survey of German history from the beginning of the 18th century to 1990. Deutsche Gesellschaftsgeschichte (German social history; 1987–2008) was based on decades of reading and reflection; it was a synthesis of the existing literature and a series of original, bold, and often-risky interpretations of particular problems. There is nothing quite like it in the scholarly literature, and it is difficult to imagine that anyone will ever have the stamina, energy, and ambition to match it.

In addition to his own work, Wehler was a tireless promoter of scholarship by others. His journal, Geschichte und Gesellschaft (History and Society), and the monograph series Kritische Studien zur Geschichtswissenschaft (Critical studies on the science of history) published significant new research, especially about the social history of German politics. He also edited several important volumes designed to make social scientific concepts and methods accessible to the German historical profession, which he regarded, not unreasonably, as methodologically narrow and intellectually provincial. Wehler not only reached out to other disciplines, he turned back to the history of German historical scholarship for inspiration. His nine-volume series Deutsche Historiker (German historians) was a collection of biographical sketches of historians, many of whom had been ignored or undervalued by the scholarly establishment and who, Wehler hoped, would provide models for a new generation.

Although Wehler never entirely lost the feeling of being something of an outsider, he became an academic and eventually a national celebrity. He was even the subject of a hilarious parody on Harald Schmidt’s late-night comedy show (available on YouTube). As a public intellectual, Wehler intervened on a range of issues. Together with his lifelong friend Jürgen Habermas, he played a major part in the so-called Historikerstreit (“historians’ dispute”) of the 1980s, centering on the crimes of Nazi Germany. A decade later, he forcefully opposed Turkey’s admission to the European Union; most recently, he eloquently decried the growing inequalities of wealth and status in German society.

Wehler was a vigorous, at times perhaps excessively vigorous polemicist; his judgments of scholars with whom he disagreed were often harsh, and he was not dismayed by their equally harsh responses. But while he was a resolute defender of his own views, he was rather more open to criticism than his public persona might suggest. A striking example of this openness is the fact that Thomas Nipperdey’s incisive and deeply critical review of Das Deutsche Kaiserreich first appeared in Geschichte und Gesellschaft, Wehler’s own journal. Wehler’s ideas and interests changed significantly over time; among his strengths was the ability to adopt, defend, and then abandon concepts he no longer found useful. The Wehler of the Gesellschaftsgeschichte, therefore, was a much more flexible and inclusive scholar than the author of Das Deutsche Kaiserreich. But behind these changes remained a core of political convictions and epistemological values that sustained and guided his remarkable intellectual energy and scholarly productivity: a belief in the importance of uninhibited intellectual debate, a commitment to scholarly rigor and critical analysis, and an unwavering belief in the value of history as a source of political enlightenment.

There was a private side of Uli Wehler that most people did not see. He could be a lot of fun to be around, a witty companion and gracious host. To scores of people throughout the world, he was an extraordinarily loyal and generous friend who went out of his way to offer assistance and support. He was a proud and attentive father and an affectionate grandfather. Above all, he was a loving and devoted husband to Renate, who, for 56 years, was at his side in times of joy and sorrow. In a long lifetime graced by many blessings, she was the one he cherished most.

Hans-Ulrich Wehler died in Bielefeld, on July 5, 2014, still hard at work on a number of new projects and looking forward to debating the latest round of books on the origins of the First World War.