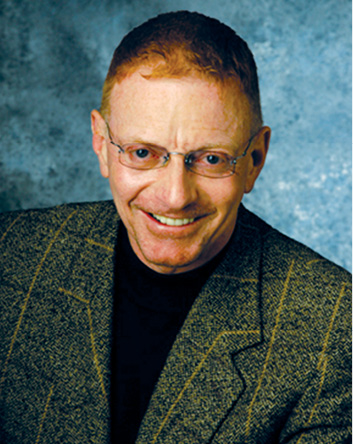 Dennis Cordell was born 17 minutes after midnight on New Year’s Day, 1947, in Lee’s Summit, Missouri. He was valedictorian at Fox High School in Arnold, Missouri, and graduated from Yale University cum laude in history in 1968. He then spent two years working on health and education as a Peace Corps volunteer in Chad. This awakened a commitment to Africa and to the countries of the Sahel. He received an MA in history from the University of Wisconsin in 1972 and a PhD in 1977. His thesis was published as Dar al-Kuti and the Last Years of the Saharan Slave Trade (Univ. of Wisconsin Press, 1985). It was a study of a warlord state founded in the last years of the Saharan slave trade.

He took a teaching position at Southern Methodist University in 1978 and remained there until his death. Dennis also worked on a master’s degree in demography at Montreal and received that degree in 1987. There he was in a relationship with Joel W. Gregory, an American-born demographer at the University of Montreal. They were both active in Montreal intellectual life and in the Canadian Association of African Studies. Joel’s death from AIDS in 1988 was deeply felt. CAAS set up a book prize in Joel’s name. Dennis continued to go back and forth between Dallas and Montreal for a number of years, teaching as an adjunct professor in the Montreal Department of Demography. He served as coeditor of the Canadian Journal of African Studies and eventually as president of CAAS. Dennis was the only CAAS president who taught at an American university. He and Joel produced a multidisciplinary bibliography, African Historical Demography (Crossroads, 1984) and edited African Population and Capitalism: Historical Perspectives (Westview, 1987). In 1996, Hoe and Wage: A Social History of a Circular Wage System in West Africa (Westview, 1996) was published; it was written by Dennis, Joel, and Victor Piché, but came out years after Joel’s death. In this book, they challenged accepted demographic theories, in particular the idea of demographic transition.

At SMU, Dennis was founding codirector of the SMU Summer in Paris program in 1996. He also became involved in curriculum reform. In 1997, he became associate vice provost and then associate dean for general education. He was in charge of a series of programs, of which the most important was the honors program. He was also very productive. In 1993, he edited Population, reproduction, societies: Perspectives et enjeux de démographie social: Mélanges en honneur de Joel W. Gregory (Press de l’Université de Montréal, 1993). He published 65 articles and book chapters and two other edited books: in 2010, with Karl Ittmann and Gregory H. Maddox, The Demographics of Empire: The Colonial Order and the Creation of Knowledge (Ohio Univ. Press, 2010), a series of essays critiquing the colonial science of demography; and in 2012, The Human Tradition in Modern Africa (Rowman and Littlefield, 2012), which approached African history through a series of biographies of Africans. Dennis constantly criticized clichés about Africa and Africans.

Dennis was a gentle and generous human being who made friends easily. He was committed to the multicultural immigrant community of Dallas. He explained to me once that Dallas was more diverse and multicultural than others thought. He edited, with Jane Lenz Elder, New Dallas Immigrants, Community Institutions and Cultural Diversity (William P. Clements Center for Southwest Studies, 2000), a book of student essays. He was president of the board at the First Unitarian Church and sold donuts every Sunday morning at the gay and lesbian table. He taught at the University of Mali in Bamako, but more importantly, he had a network of friends and collaborators in Africa as well as in Montreal, Paris, and Dallas. He was much loved and admired, and his willingness to help others was much appreciated.

Dennis was a close friend, but he was also a consummate professional. When he served on a panel that I had organized or on which I was the commentator, he could always be counted on to submit a thoughtful finished paper replete with footnotes and to submit it on time. He never cut corners in anything he did. I had recruited Dennis to do a book on African historical demography for a series I edit for Cambridge University Press. We had discussed what he was going to do over lunches at many African Studies meetings. Last September I sent out a memo asking authors under contract how much progress they had made. He did not answer, which was unusual. I should have called. He died on October 16, and several days later, I heard the news. We would never receive the book I very much wanted or have another of those lunch conversations I enjoyed having with him.

Dennis is survived by his husband, Michael Alexander Fuller; by his brother, Harry Cordell of Lee’s Summit, Missouri; and his sister, Suzanne Wildman of Kearney, Missouri.