Session of the Week: Historicizing The Affordable Care Act

In an effort to highlight the diverse range of scholarship at the upcoming annual meeting, we’re highlighting different sessions here on the blog each week.

On January 1, 2014, key provisions of The Affordable Care Act (ACA), one of the most important and hard-fought pieces of legislation of recent American history, will go into effect. To its proponents, the ACA, which was signed into law in March 2010, marks a major step forward in American social policy; for the first time, the government will help ensure that the broad majority of U.S. citizens will have access to health insurance. To its detractors, the new law represents a major overstepping in federal authority and an invasive encroachment on individual rights and freedoms. This panel will put the ACA, and the vitriolic debates surrounding its passage, in historical context. 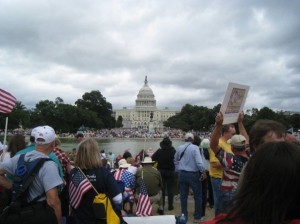