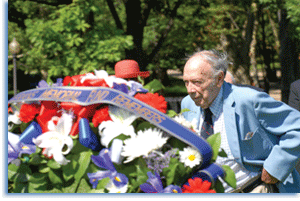 Stanley Karnow, the eminent journalist and author of prizewinning books on the history of US involvement in Asia, died of heart failure on January 27, 2013, at his home in Potomac, Maryland. He was 87.

Over a long writing career, Karnow ranged broadly across Asian history, publishing books about Vietnam, the Philippines, and China that won high praise from scholars even as they found large popular audiences. Just as impressive, Karnow mastered different genres. He worked as a correspondent for daily newspapers including the Washington Post, weeklies such as Time and Newsweek, and the NBC television network. He also played central roles in two PBS documentaries: the 13­part Vietnam: A Television History, which became the most successful program ever produced by public television when it aired in 1983, and a three­part program on the Philippines broadcast in 1989.

In each of these fields, Karnow won great distinction. His book In Our Image: America's Encounter with the Philippines, published in conjunction with the PBS series, won the Pulitzer Prize for history in 1990. An earlier book, Mao and China: From Revolution to Revolution, was nominated for the National Book Award in 1973. The documentary on the Vietnam War won numerous prizes including six Emmy Awards and a Peabody Award. In 2002, Karnow was the first recipient of the Shorenstein Journalism Award, given jointly by Harvard and Stanford universities to recognize reporting on Asia.

Although consistently praised for his meticulousness and even­handedness, Karnow was no stranger to controversy, perhaps an inevitable fate for anyone who wrote as much as he did about the Vietnam War. The PBS series was criticized by the left for its gentle treatment of US policymakers and by the right for romanticizing the Vietnamese revolutionaries. Karnow's reporting on Vietnam earned him a place on Nixon's "enemy's list," made public in 1973 by the Senate Committee investigating the Watergate break-­in. Karnow later joked that the revelation was "one of the highlights of my life."

Karnow was born in Brooklyn on February 4, 1925, to a middle­class Jewish family. As a young man, he showed literary talent from an early age, writing radio programs and editing his high school newspaper. Karnow's undergraduate years at Harvard University were interrupted by the Second World War, when the Army sent him to Asia as a weather observer and unit historian. Following the war, he returned to Harvard and in 1947 completed his degree in European history and literature.

Karnow's European interests and Asian experiences inspired the life of travel, adventure, and writing that ensued. "Thousands of young Americans were flocking to Europe after World War II, and I joined the throng," he recounted in his memoir Paris in the Fifties, published in 1997. "Late in June 1947, fresh out of college, I went to Paris, planning to stay for the summer. I stayed for ten years." He studied at the Sorbonne and the École des Sciences Politiques in the late 1940s and began working as a correspondent for American publications, eventually landing a job with Time in 1950.

Rising rapidly at the magazine, Karnow was posted to Hong Kong in 1958 as bureau chief for Southeast Asia. The timing was auspicious for an ambitious young reporter. Fighting in Vietnam would draw the world's attention a year later and it blossomed into a major story in the early 1960s. Karnow was present in Vietnam in 1959 when the first American soldiers were killed, and he spent much of the next decade and a half covering the war, earning a spot among the pantheon of great Vietnam reporters including David Halberstam and Neil Sheehan. Karnow was also one of just 87 American reporters who covered Richard Nixon's dramatic trip to China in 1972.

In the 1980s, Karnow began focusing on book writing. His best-known work, Vietnam: A History, appeared in 1983 as a companion book to the PBS series. The 750­page tome became a bestseller and won praise its deep research, engaging storytelling, and balanced interpretation. It was a publishing "landmark" and "the most complete account to date of the Vietnam tragedy," as Colonel Harry G. Summers Jr., an influential commentator on the war, wrote in the Washington Post.

It would be a mistake, however, to see the book as a mere artifact of early American attempts to come to terms with the lost war. Vietnam: A History remains one of the finest surveys of the subject and is still assigned in classes on the war. Indeed, the book was ahead of its time in at least two respects. Anticipating later scholarly trends, Karnow draws out the continuities between the French colonial war waged in Vietnam between 1945 and 1954 and the war that drew in American forces after 1961. Second, the book examines the war from multiple angles, analyzing Vietnamese, French, Chinese, and other perspectives even while focusing on the US role.

Karnow's publishing career ended with his 1997 memoir about France, but he remained a sought-after speaker and media commentator. As in his writings, he combined trenchant analysis with colorful reminiscences drawn from his involvement in some of the epoch-making moments of the 20th century.

Karnow is survived by three children and two grandchildren.