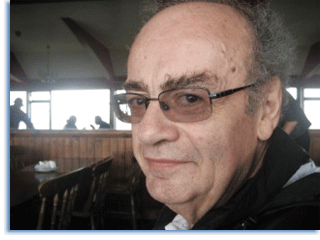 Historian of the Caucasus

On April 16, 2013, Moshe Gammer, professor in the Department of Middle Eastern and African History, Tel Aviv University, and the most prominent specialist on the tsarist conquest of the Caucasus, passed away. Professor Gammer had first been diagnosed with lymphoma less than six months prior to his death, and his illness was only known to a few within the community of Caucasus scholars. Broadly trained in the history of the modern Middle East at the London School of Economics by the renowned scholar Elie Kedourie, in whose honor he later co-edited a volume (Political Thought and Political History: Studies in Memory of Elie Kedourie, 2002), Gammer will be best remembered as the author of what remains the most thoroughly documented study of the Chechen and Daghestani resistance to the Russian conquest of the Caucasus in any language: Muslim Resistance to the Tsar: Shamil and the Conquest of Chechnia and Daghestan (Frank Cass, 1994; Russian translation 1998).

While Gammer's studies of the Islamic resistance to tsarist conquest are definitive across the academic world, the impact of his work in the north Caucasus has been particularly unprecedented. The Russian translation of his book on Shamil, the guerrilla warrior and imam of the longest-existing anti-colonial Islamic state, can be found in nearly every major Daghestani bookstore, often alongside a second Russian volume (Shamil-pravitel gosudarstva i ego diplomatiia, 1997) that includes translations of Gammer's many English articles on Shamil's legacy. The renown of Muslim Resistance to the Tsar is such that even general Daghestani and Chechen readers are well-acquainted with its contents.
Gammer was one of those rare historians whose work actively shaped historical memory, not just in the academy, but also among the Chechens and Daghestanis whose history he recorded. Articles such as "Collective Memory and Politics: Remarks on Some Competing Historical Narratives in the Caucasus and Russia and Their Use of a 'National Hero'" (Caucasian Regional Studies, 1999), "Shamil in Soviet Historiography" (Middle Eastern Studies, 1992), and "Between Mecca and Moscow: Islam, Politics, and Political Islam in Chechnya and Daghestan" (Middle Eastern Studies, 2005) testify to the extensive interaction between Gammer's work and the everyday lives of contemporary Chechens and Daghestanis, and to his keen understanding of the variegated paths taken by historical memory. In the months preceding his death, Gammer was at work on two co­authored articles that similarly pursued the theme of Chechen historical memory in the post-Soviet present, "Radical Islamism, Traditional Islam and Ethno­Nationalism in the Northern Caucasus" (with Chen Bram, Middle Eastern Studies, 2013) and "Post­Soviet Narratives of the Conquest of the Caucasus" (with Vera Kaplan, Jahrbücher für Geschichte Osteuropas, 2013).

Gammer's second book, The Lone Wolf and the Bear: Three Centuries of Chechen Defiance of Russian Rule (Hurst and Company, 2005), treated the history of Chechen resistance to colonialism for a general readership, and was well-reviewed by numerous prominent scholars. Further definitive works on the spread of Sufi networks throughout the Caucasus include "The Beginnings of the Naqshbandiyya in Dāghestān and the Russian Conquest of the Caucasus" (Die Welt des Islams, 1994) and "The Qadiriyya in the Northern Caucasus" (Journal of the History of Sufism, 2000).

My personal acquaintance with Gammer began when he invited me to a 2008 workshop on Written Culture in Daghestan, hosted by the Iranian and European area studies centers and the Department of Middle Eastern and African History at Tel Aviv University. This conference marked the first time that so many prominent scholars of the Islamic Caucasus from Russia, the United States, England, Germany, and, most importantly, Daghestan, had assembled to discuss the subject of Daghestani Arabic textual culture. Thanks to Gammer's efforts and vision, this conference compellingly demonstrated that research on barely known (and in many cases still unpublished) primary sources was well underway.

Gammer's editorial endeavors bore fruit in two volumes: Daghestan and the World of Islam (Finnish Academy of Science and Letters, 2006, co-edited with David Wasserstein) and Islam and Sufism in Daghestan (Finnish Academy of Science and Letters, 2009). Together, these collections constitute the most important and original corpus of work on Daghestan in the English language published in the past several decades. A third volume, to be based on the proceedings of the 2008 workshop, was in preparation at the time of his death. Gammer invested a tremendous amount of labor in the production of these volumes, including the translation of Daghestani and Russian scholars' writings into English.

While Gammer founded the subfield of north Caucasus history in the English ­speaking world, far from remaining content with the limits faced by scholars who study the Caucasus, he worked productively to extend the boundaries of the field. His keen awareness of, and interest in, the most important recent advances in the study of the Caucasus, even when these advances fell outside his immediate expertise, were frequently observed by all who had the pleasure of making his acquaintance.

Concerning the passing of scholars in his own day, the 14th-century Islamic historian Ibn Kathir wrote, "God does not remove knowledge suddenly from mankind, but removes it when scholars pass away." With Gammer's death, the field of Caucasus studies has lost a teacher, editor, collaborator, and a scholar with a bold and compelling vision for the future of his field. In his teaching, as in his scholarship, Gammer focused most intensely on matters of substance. He strove to create a community of scholars rather than to amass accolades. Gammer convened conferences of world­historical significance for the future of Caucasus studies, and nurtured scholars of all persuasions and inclinations, without thinking of how to promote himself. His modesty, as well as the unexpectedly rapid course taken by his illness, had the unfortunate effect of leaving the world of Caucasus studies unprepared for his death. Dear Moshe, rest in peace. Thank you for making Caucasus studies, the Caucasus itself, and the worlds inhabited by your colleagues and the wife and daughter who survive you, a better place during your tragically brief sojourn on earth.