Dealing with College Costs: We Won't "Win the Future" by Ignoring the Past 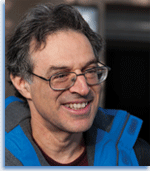 I had not planned to write about higher ed finance for this month's column-or maybe ever. But after the White House issued proposals for making college more affordable-some of which make sense, many of which seem irrelevant or dangerous-I contributed to an AHA Roundtable on the subject; what follows is largely drawn from those comments. Doing so reminded me of something we sometimes tell our students: to approach present situations without asking where they came from reinforces distorted narratives, thus keeping some options foreclosed while exaggerating the promise of others.

For example, the increase in real dollar college costs, after financial aid has been taken into account, has actually been rather modest over the last 20 years: 1.6 percent per year for private colleges (1992-2012) and 2.3 percent per year at public four year colleges. Costs have gone down by 0.3 percent per year at community colleges.1 But real incomes have been stagnant for most Americans over those 20 years, and the terms on student loans have-despite intermittent improvements-deteriorated. The real interest rates on student loans are generally higher than 20 years ago, while those in the general economy are lower. Both maximum and average Pell Grants, adjusted for inflation, are up slightly over those 20 years, but these increases are not enough to compensate for other changes, and affect very few students with family incomes over $50,000.2

Moreover, cost increases at public colleges-where most Americans go-mostly reflect not spendthrift deans, but increasingly tight-­fisted state governments. (The president hinted at this in Pennsylvania, but stopped short of calling for any substantial reversal of these cuts.) Real dollar state funding per full-time student in higher education declined 26.1 percent from 1990-91 to 2009-10.3 At the University of California (UC), where I used to teach, total real dollar expenditures per student were almost exactly the same in 2010-11 as they had been in 1990-91-but maintaining that level required roughly quadrupling the (pre-­financial aid) real price of tuition and fees.4 There is waste at universities, as at any large institution, but overall, the problem is not a failure of cost containment: especially when you consider that colleges' biggest single cost-highly skilled labor-is one that they already get relatively cheaply. (In the case of many adjuncts and part-­timers, excessively cheaply.)

In short, the president's proposals are aimed where the problem isn't, at least from the point of view of students and their parents. They may be better targeted from the point of view of legislators who do not want to face their role in creating the problem, much less spend money undoing it-but why we should encourage that behavior escapes me. Despite the recession, the United States' real GDP is about 65 percent higher than it was in 1992 (40 percent higher per capita), so why assume that the public contribution to higher education has to be lower than it was then?

Since this point runs counter to the myth that only for-­profit businesses control costs effectively-a myth the White House reinforces by suggesting that we need their new ranking system to make colleges "step up to the plate"-here's some supporting arithmetic. Suppose that back in 1991-92, state university X got 75 percent of its revenue from non-­student sources-a not atypical figure. (At the University of California, the figure was slightly higher.) Now, cut that revenue by the national average of 26.1 percent over the next 20 years. To recoup those losses entirely from your students, you need to collect 78.4 percent more from each of them. However the actual 2.3 percent average revenue increase at public four­year colleges over the last 20 years yields only a 58 percent revenue increase, well short of the 78 percent that would have been needed to offset state cuts. This, by the way, is all in real dollars: add inflation and you would have needed to increase revenue per student by 192 percent over the last 20 years. Go back through another decade's worth-in which overall prices rose by roughly 60 percent-and you would have needed an increase in nominal revenues of well over 350 percent from 1982-2012 just to offset inflation plus the last 20 years of cuts. The president, by contrast, cites a 250 percent increase in sticker prices over those same years-and part of that was offset by increased financial aid.

Unrealistic cost­cutting expectations have a predictable effect: quality declines. For example, when I started teaching at UC Irvine in 1988, most teaching assistants in large lecture courses were responsible for about 30 students; that number has more than doubled. So discussion sessions often ceased to be discussions, and writing assignments were slashed. And many schools have cut more than UC, and/or started from a much lower base. Students are increasingly unable to get into the classes they need-and so take longer to graduate, or even give up.There is, to date, very little evidence that the technological fixes the president invokes will help much. MOOCs may cut personnel costs, but so far they have extremely high dropout and failure rates. (The White House cites a few online experiments that have worked well so far, but one would expect some successes out of many attempts. Until we know what makes the minority of successful online courses work, and how to replicate it, we can't responsibly count on this.) New technologies can indeed raise quality when combined with traditional, labor-intensive teaching-but then they do not cut costs. Dreams that new technologies will make quality education cheap are not new: correspondence courses using mail, radio, television, tape cassettes, and so on have all been touted at some point or other. Maybe this time will be different, but it is foolish to assume that-and the president should use his bully pulpit to encourage a realistic discussion of the costs of quality, rather than feeding fantasies of future free lunches.

The White House has some suggestions that do not rely on techno-dreams. Letting borrowers cap repayment rates at 10 percent of their income would be a positive step; so would helping troubled borrowers find out what their options are. The 2010 reform of student loan procedures was also a big improvement. Increased scrutiny of for-­profit higher education-which has by far the worst record of providing affordable quality, and has created a very disproportionate share of the unsustainable debt problem-has been helpful, and should be intensified.

But most of the other August 22 proposals that do not rely on dubious savings from unproven technologies consist of shortening time to degree by granting credit for college courses taken while in high school or for prior learning experiences, by creating pressures to reduce supposedly unnecessary requirements, and by digitally matching students with classes that seem to fit their previously expressed desires and abilities "in a similar manner to the way Netflix or Pandora draw on users' past experience to guide movie or music choices."5 The first of these strategies can be helpful, and already exists to some extent, but it has limited potential: granting credit for college level courses completed before entering college may shorten the student's path to a credential, but it does not in itself provide any education.

The other proposals, like this plan in general, miss that education is about more than getting a credential, or even about acquiring skills for the student's first job. (Many businesses, interestingly, do appear to understand this.6) Education is also about providing the depth and breadth of vision, the critical thinking skills, and the awareness of a broad range of human possibilities that will help people react to as-­yet unknown challenges, be good citizens, and contribute to their communities. That is why most schools have general education requirements. If, surveying my past choices, Pandora never exposes me to rap or the harpsichord, so be it; but, especially in a democracy, education that I miss has consequences for others. This is one reason why higher education is, in large part, a public responsibility.

One suspects that the president knows this-he is, after all, the son of an anthropologist, and received an education that went well beyond a narrowly instrumental model. But for whatever reason, he has apparently chosen not to challenge misleading narratives that assume public and nonprofit inefficiency, distort the historic reasons why parents' and students' bills are rising, ignore the deep cuts many schools have already made, and feed the illusion that we can continue or even accelerate public dis-investment without affecting quality. With friends like these . . . we need to speak for ourselves, and loudly.

-Kenneth Pomeranz is president of the AHA.

5.FACT SHEET on the President's Plan to Make College More Affordable: A Better Bargain for the Middle Class.

6. See, for instance, Hart Research Associates, "Trends and Emerging Practices in General Education: Based on a Survey among Members of the Association of American Colleges and Universities," May 2009, 5.