When peaceful civil rights marchers were brutally beaten in Selma, Alabama, in 1965, the world reacted with horror at the photographs appearing in newspapers across the globe. The international response to Selma, which shows the global reach of the civil rights movement and the international following achieved by leaders like Martin Luther King Jr., is not featured in the film Selma. But as Leslie Harris writes in this series, “the artist’s vision is different” than the historian’s. I might have wished for a broader narrative frame to show the international aspects of this story, but no film could capture the complexity of history.

My contribution to this series is less about the film itself than about one of the stories it left out: the role of Selma in the broader international history of American civil rights. Though worldwide attention had long been paid to race relations in the United States, foreign reaction to Selma was different than during previous civil rights crises. By the late 1940s, the impact of American racism on the nation’s global image, and on US Cold War foreign relations, was of great concern to American diplomats and political leaders, and civil rights activists used this as one of their arguments about the need for social change. But the impact of civil rights on the American image abroad was not static. It changed over time—not only because the underlying story changed, but because the government went to great effort to turn the international understanding of American racism into a story about the benefits of democracy over communism. 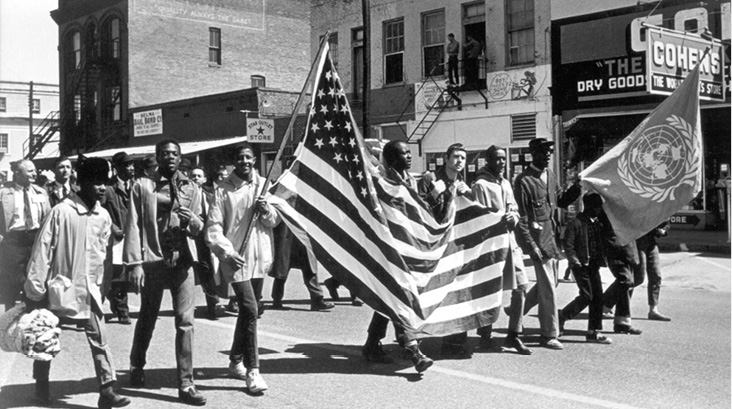 The March to Montgomery, 1965. Photo by John Kouns on Veterans of the Civil Rights Movement website (www.crmvet.org).

The turning point in this story came in 1963 and 1964. In the aftermath of widespread national and international criticism of police brutality in Birmingham, Congress passed the Civil Rights Act of 1964. Analysts from within the State Department and the United States Information Agency (USIA) believed that peoples of other nations were coming around to the view long promoted: that the US government supported civil rights, and that continuing discrimination was not the fault of the federal government nor evidence of a weakness in democracy itself. 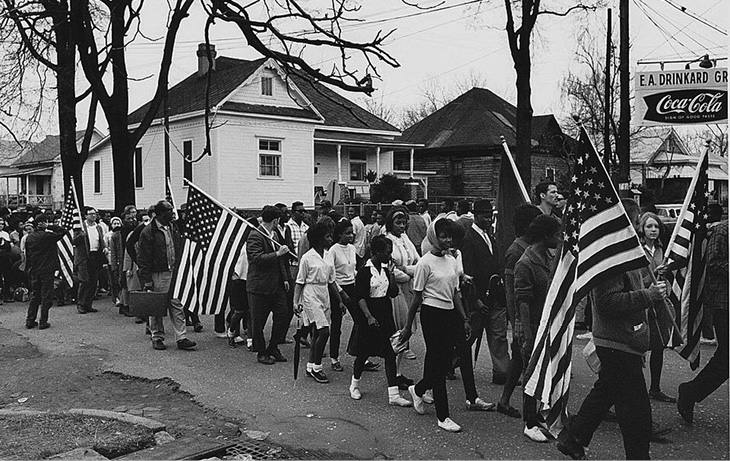 Civil rights marchers with flags walk from Selma to Montgomery, Alabama, in 1965.

Mary L. Dudziak is an Andrew W. Mellon Fellow at the Center for Advanced Study in the Behavioral Sciences, Stanford University, and is the Asa Griggs Candler Professor of Law at Emory University. Her most recent book is War Time: An Idea, Its History, Its Consequences (2012). This essay draws from her first book, Cold War Civil Rights: Race and the Image of American Democracy (2000).