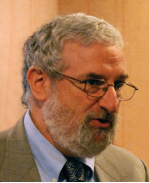 Some months ago I was invited by a national magazine to write a short piece responding to the question of whether or not history education in the United States should “be patriotic.” They wanted a short piece, and potentially intriguing angles from the purpose of history education and historical consciousness to the definition of patriotism inclined me to accept the challenge. Because it would be an online feature, rather than in the printed magazine, the recompense was unimpressive—zero—but I figured the pulpit might be worthwhile. History education is important. So is patriotism.

Then came the follow-up phone call. I noted that the idea sounded interesting, and that even in a short piece I would work through the idea of patriotism itself—and say that “Yes, history education should indeed be patriotic.” There was silence on the line, and then: “We thought you would be taking the ‘no’ position.”

“Absolutely not,” I responded. “If you read what I’ve already published on this subject, you’ll see that I consider one of the main functions of history education to be preparing students for citizenship.” What could be more patriotic than that?

But they already had someone to uphold the affirmative. “We thought you would take the negative position.” So I explained again. And off went my interlocutor to speak with his supervisor. This wasn’t turning out as planned.

He returned with a new idea. “What if we changed it to ‘more patriotic’?” Would that shift me into a ‘no’ position? This publication had inferred that my support of the new Advanced Placement US History framework, apposite all of the criticism of its being “too negative” and insufficiently attentive to “American exceptionalism” would not suggest a stance that what we teach our students ought to be “more patriotic.”

Wrong again. I remained unwilling to take the bait. More important, I was now chomping at the bit at the opportunity to explain to a broad audience why the debate over what history we teach is misplaced and misunderstood. First, what history we teach can be addressed only after we have established why students should learn history. This is why the AHA’s “Tuning” initiative entered its discussion of student learning outcomes only after a conversation about why students are in our classrooms in the first place—how history fits within the context of liberal education, and what the discipline contributes to that larger enterprise.

Whether history education should be “patriotic” (not to mention “more patriotic”) begins with reflection on the purpose of history education itself. The AHA has participated in conversations at both the K–12 and postsecondary levels that have generally moved in similar directions: the role of historical thinking and historical knowledge in preparing students for citizenship, career, and self-understanding. What can be more patriotic than building communities of informed, employed, active citizens confident in their ability to make decisions and interact effectively with others?

Indeed, these are the characteristics that exceptionalists have clung to in their depictions of 17th-century New England towns. Professional historians have debunked that myth because the evidence points to greater complexity, but the point here is the durability of the ideal itself. We can probably all agree that a patriotic education should prepare students to participate in the kind of political culture idealized in mythic images of decorous and inclusive New England town meetings and raucous “Jacksonian democracy” symbolized by the White House at Andrew Jackson’s inauguration. The challenge is to preserve the ideal while staying true to sources that describe hierarchical and exclusive New England communities, and Jackson’s commitment to slavery, expropriation of Indian land, and white male suffrage. Students can better appreciate and understand the ideal by learning both the context in which we have fallen short, and the dissenting voices that have insisted on different ways of thinking and acting.

Though hardly the only discipline where such learning takes place, history is an ideal venue for the education of citizens. Our students learn about the relationship between structure, culture, and agency in the shaping and direction of change. They learn that imputations of inevitability need always be tempered by consideration of the contingency of human actions, even those with unintended consequences. They learn that history doesn’t just “happen.”

All fine and good, say the proponents of a different kind of patriotic preparation, one that celebrates the institutions within which all of this human agency takes place and the heroic figures whose agency stands at the center of the evolution of those institutions.

But to celebrate change, we must appreciate its necessity: Neither democratic institutions nor individual great men and women emerged fully formed. They evolved. And one cannot comprehend that evolution without understanding its context. If students don’t study the hierarchical nature of New England towns and the worldviews of Virginia slaveholders, they can’t understand the ideological origins of the American Revolution. If they don’t learn about the actual dynamics of chattel slavery, the buying and selling of human beings, then Lincoln’s warning in his Second Inaugural that “every drop of blood drawn with the lash shall be paid by another drawn with the sword” reads as mere rhetoric.

I will continue to disagree with thoughtful colleagues who consider celebration and exceptionalism the cornerstones of a patriotic history education. But that disagreement is not over whether history education ought to be patriotic; it is about what constitutes patriotism in a nation founded on dissent and notable (even if not quite exceptional) for its deep and vibrant traditions of activism and debate from every corner of the country and the political spectrum.

James Grossman is the executive director of the American Historical Association. He tweets @JimGrossmanAHA.