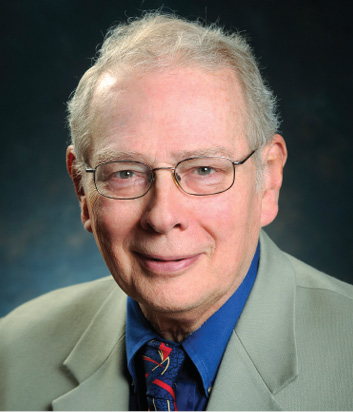 Raymond A. Mohl, one of the leading urban historians in the United States, died on January 29, 2015, in Boca Raton, Florida, from complications due to cancer. He was 75.

Mohl did his undergraduate studies at Hamilton College in Clinton, New York, and received a master’s degree from Yale University. He taught at Valhalla High School for two years following his masters work. He then worked on his doctorate in history at New York University and received his PhD in 1968. His PhD dissertation at NYU was published by Oxford University Press in 1971 as Poverty in New York 1783–1825.

He taught at Indiana University Northwest in Gary, Indiana, and there started his research into the history of the modern American city. His work in Gary resulted in two books: The Paradox of Progressive Education: The Gary Plan and Urban Schooling and Steel City: Urban and Ethnic Patterns in Gary, Indiana 1906–1950.

In 1971, Mohl took a tenured position at Florida Atlantic University in Boca Raton, where he taught and researched for 25 years, serving as the chair of the Department of History. In 1996, he accepted a position at the University of Alabama at Birmingham as full professor and as chair of the ­Department of History, retiring after 18 years in September 2014 as a distinguished professor of history. During that extended time, he broadened his research to address many issues related to urban history in the South. This research led to books and articles on civil rights, race relations and immigration in Miami, and Latino immigration in Alabama and other areas of the South. He did extensive research in other areas of urban American history, including the relationship between the African American and Jewish communities in Miami during the civil rights and peace movements.

Over a nearly 50-year career, he delved into many different fields and periods of American history: social welfare history, immigration history, the history of education, labor history, African American history, race relations, ethnicity, civil rights, urban politics, housing, planning, and highway policy, among others. In recent years, he focused on the intersection of policy and politics. In all, Mohl wrote or coauthored more than a dozen books and more than 150 scholarly articles on these topics.

Interstate: Highway Politics and Policy since 1939, coauthored with Mark Rose, was recently released in its third edition. This book looks at how decisions were made about locating the Interstate Highway System in cities throughout the country and how race and politics were often involved in those decisions, resulting in massive disruptions of neighborhoods, mostly in poor and ethnic areas of the cities. The book also addresses the freeway revolts in Seattle, San Francisco, New Orleans, Nashville, Memphis, and other cities, mostly unsuccessful efforts by groups of city residents to block the construction of freeways and the destruction of neighborhoods.

Ray Mohl grew up in Tarrytown, New York, and was in the last graduating class of Washington Irving High School in 1957. He was on the school’s baseball team. No ­ferocious mascot there—they were the Washington Irving Authors.