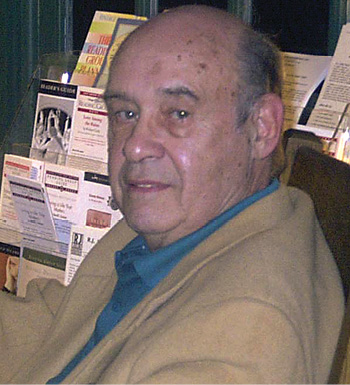 Paul N. Hehn was the son of a German immigrant father and a French-Canadian mother. Born in Manhattan and raised in the Bronx, Hehn received his BA from the University of Oregon in 1950 and his MA from Columbia University in 1954. Two years later, he traveled to Germany for a year of study at the University of Munich courtesy of the Deutscher Akademischer Austausch Dienst (German Academic Exchange Service); after Munich, he spent a year conducting archival research in Yugoslavia. Returning to the United States, he earned his doctorate in history from New York University in 1961. For a number of years afterward, he taught at various institutions of higher education in Ohio and at Temple University.

In 1968, Hehn was hired by the State University of New York, College at Brockport, where he was a member of the Department of History for the next 22 years. While at Brockport, he was known as a teacher and mentor who challenged students to think critically and who paid attention to their personal interests and needs. His dedication to teaching was second to none, and he changed fundamentally the lives of many of his students. He published his first book, The German Struggle Against Yugoslav Guerillas in World War II: German Counter-Insurgency in Yugoslavia, 1941–1943 in 1979. He also contributed several articles to such scholarly journals as the East European Quarterly, Balkan Studies, and The Polish Review. Always an activist, on campus and off campus, Hehn was a union militant, playing a central role in organizing the Brockport College faculty into a stronger collective bargaining unit.

After retiring in 1990 as professor emeritus of history, he intensified his research and writing on World War II and eastern European history. In 2002, decades of research came to fruition with the publication of his life’s major intellectual endeavor, A Low Dishonest Decade: The Great Powers, Eastern Europe, and the Economic Origins of World War II, 1930–1941. Hehn consciously borrowed the first portion of his title from the great British poet W. H. Auden. A Low Dishonest Decade is a history of the political economy of the coming of World War II in Europe. As The Independent Review: A Journal of Political Economy wrote, “in an area of studies whose motor has been historians’ fascination with the political or diplomatic origins of the war—indeed, ­frequently, with its personal origins in the form of Hitler,” Hehn “contends forthrightly that economic rivalries . . . formed the essential and primary cause of World War II.” Hehn’s “vast research apparatus (100 pages of footnotes and bibliography),” the review noted, “would be humbling for many historians.” The basic economic conflict between the great powers was over access to markets and raw materials in eastern Europe. Publishers Weekly wrote that Hehn’s “imperialist theme is compelling” and powerfully argued.

Hehn was fluent in five languages—Russian, French, German, Spanish, and Serbo-Croatian—and highly literate in reading Polish, Bulgarian, and Italian. Until shortly before his death, he was at work polishing a book manuscript, which was under consideration for publication, on the partisan war in Yugoslavia during the period 1941–45. A World War II veteran, he served as a US Navy Seabee in the South Pacific and Japan in 1945 and 1946. He is survived by his three children and his wife, Phyllis Pallett-Hehn.