When I learned that plans were afoot to make a feature film about the March from Selma to Montgomery, I was more than a little curious. How much history could the filmmakers pack into 90–120 minutes? Not even an Oliver Stone-esque three-hour version of the events surrounding the march could do justice to the complexity and nuance of this pivotal moment in the American civil rights movement. I honestly don’t recall if I felt concerned or reassured when I found out that Oprah Winfrey, the alpha and omega of the entertainment industry’s “black A-list,” was involved—again, I think I was just curious. Would this film find a critical or a receptive audience, and would it serve the purposes of entertainment or history?

From the opening scenes, Selma seemed a film determined to find and do all of the above. There’s no shortage of documentary footage available featuring Martin Luther King Jr., and yet it was astonishing to observe British actor David Oyelowo disappear into the role of the mighty civil rights leader. As a thoroughly entertained consumer of the movie, as well as a historian, I was rapt—feeling as close to an approximation of King in “real life” as I was ever going to see. Performance merged into history on that big screen. But whose history was performed? 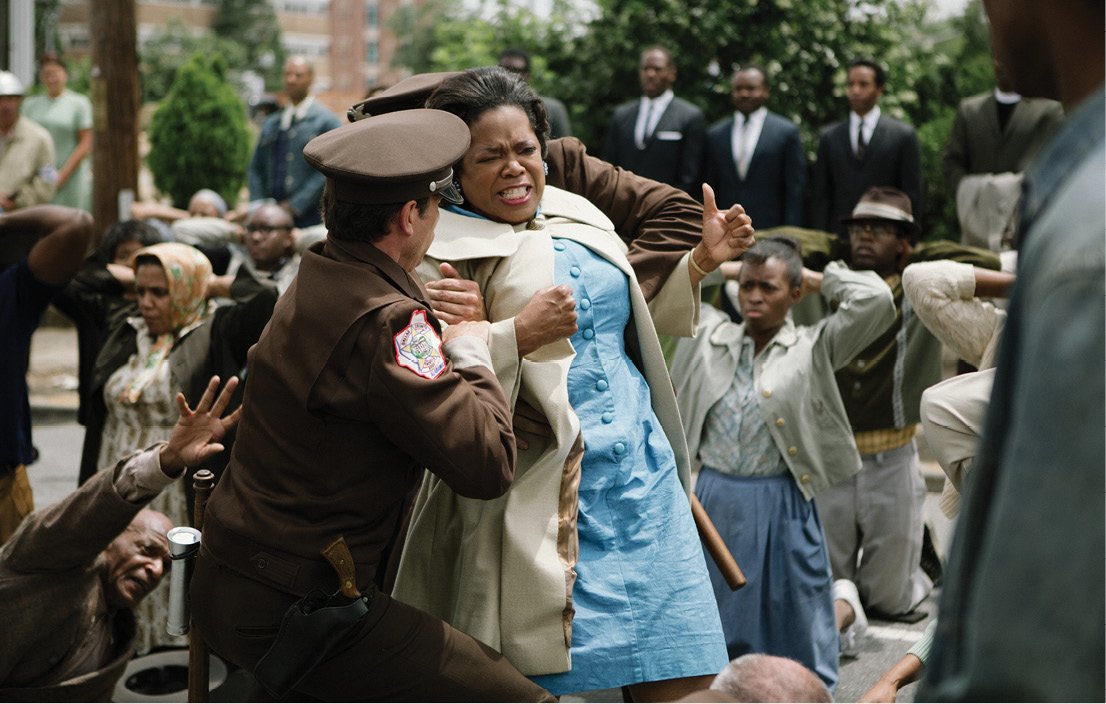 In her commitment to depicting a magnetic but imperfect King, Selma director Ava DuVernay offered a bracing history lesson to a public raised on a narrative about the civil rights movement that “we all overcame” Southern injustices together, and that King was no more complex than the closing paragraphs of his speech at the March on Washington (for Jobs and Freedom, lest we forget) suggest. With her directorial choices, DuVernay made clear that she would present her interpretation of (and leave her stamp on) this history.

When the movie was released, there were critics who were not content to let DuVernay get away with that interpretation—not movie critics, mind you, but participants in and defenders of President Lyndon Johnson’s administration. Selma, in their opinion, did not give Johnson proper credit for the central role he played in keeping the peace and doing the important behind-the-scenes work that allowed the eventual march to succeed. Just as we would not dare desecrate a national monument, it was considered wrong for DuVernay (a noncredentialed historian!) to do anything that might diminish Johnson’s accomplishments. As someone who specializes in post-emancipation African American history, I could not help but read these protestations with bemusement: those whose voices “mattered” were now upset with someone telling a different version of history or were bothered to see a major figure’s contributions diminished. To my mind, the very phenomenon that raised their hackles is the history of the African American experience and of African American accomplishment, both of which have routinely been diminished, ignored, and erased.

Some of these critics, I am sure, are conscientious students of history who believe that LBJ played an important role in civil rights history that deserves our full attention. I am equally convinced, however, that the volume of many critics’ discontent is set so high because in Selma they watched another instance of their history disappearing, a process that has been ongoing since the post-1960s emergence of the “new” social history and a commensurate interest in how blacks, women, gays, and other marginalized individuals actively participated in their own becoming. Now, 50 years after the Selma march, studying the black past is firmly in the intellectual mainstream (the edges of that stream, I maintain, but certainly in it). Still, using the black past to reckon with and redraft memories of national exceptionalism remains fundamentally destabilizing. That an African American woman should be the person crafting this narrative seems only to have intensified the reflexive anxiety of those who feel a loss when they watch Selma.

I am not arguing here that the movie should remain above or be protected from scrutiny. Just as an older guard was bothered by the short shrift given LBJ, and despite the fact that I thoroughly enjoyed feeling like an eyewitness to events that I have studied my entire career but could never fully “know,” I found myself dissatisfied with some aspects of the movie’s narrative. Most importantly, I felt that the Student Nonviolent Coordinating Committee activists did not get their due as visionaries and frontline foot soldiers. DuVernay paid too little attention to the fractures between SNCC’s youthful impatience and King’s more “mature” establishment leadership style. She paid too little attention to the highly theorized work that very young people—the same age and demographic of the students I stand in front of during my lecture courses—had fashioned as they aspired to create super-democratic structures. But this critique underscores a point about criticism itself: mine is but one interpretation of this magnificent and complex history. Truly, the conscientious study of the past should be capacious enough to allow for different opinions and interpretations. In the end, DuVernay earned my applause for her efforts to animate the past by relying upon hitherto unheard voices and by rendering iconic figures more human. Yes, I have my criticisms of the history she presents, but I happily welcome her voice to the chorus. For me, I suppose, that’s entertainment.

Jonathan Scott Holloway is dean of Yale College and the Edmund Morgan Professor of History, African American Studies, and American Studies. He specializes in post-emancipation social and intellectual United States history. He is the author of Jim Crow Wisdom: Memory and Identity in Black America since 1940 (University of North Carolina Press, 2013).