Forays into “What If” History: An After Action Report

It’s commonly thought that counterfactual history—“what if” history, as it’s more widely known—is pointless. Often, however, this is not so much a well-considered objection as an automatic genuflection to the conventional wisdom. In fact, most historians are already doing counterfactual history. Any argument that makes a causal claim contains an implicit counterfactual: If A caused B, then in the absence of A, B would not have occurred. Counterfactual theory simply places pressure on such claims. It sometimes confirms that A was indeed crucial. But in other cases, a counterfactual thought experiment reveals that even if A were removed, B would still have occurred. In that case—what is formally termed a reversionary counterfactual—it turns out that a different variable was actually more critical.

Boats at the fish market in Dakar, photographed by Jeff Attaway, CC BY 2.0, flic.kr/p/9eF66j

Over the years, I have learned a lot about counterfactual theory, not only from studying it and team-teaching (with my colleague Geoffrey Parker) a graduate course on the subject, but also by spending seven years writing a column on “what if” history for World War II, a magazine of “popular history”—or, as I prefer to think of it, a magazine that can bring the fruits of academic scholarship to the general reader. Here’s what I gleaned, using as an example just one of the 40 columns I wrote: “What If Franco’s Spain Had Entered the War?”

Exploring a counterfactual scenario invariably obliges me to read some history I would not have read otherwise. This was certainly true for the Franco column. Since Spain did not participate in World War II (with the exception of the “Blue Division,” a force of Falangist volunteers who fought on the Eastern Front), historians of the conflict seldom think about it. But writing the Franco column led me to read Stanley G. Payne’s excellent Franco and Hitler: Spain, Germany, and World War II. That book, more than any other, equipped me to write the column.

My first task was to identify a “minimal rewrite” (the least departure from what historically occurred) that would have made Spain a belligerent. I postulated that Franco joined the Tri-Partite Pact, something that historically he seriously considered. Then, in January 1941, Spain declared war on Great Britain, a step timed to coincide with the start of Operation Felix, the historical Nazi plan to capture the British fortress at Gibraltar. 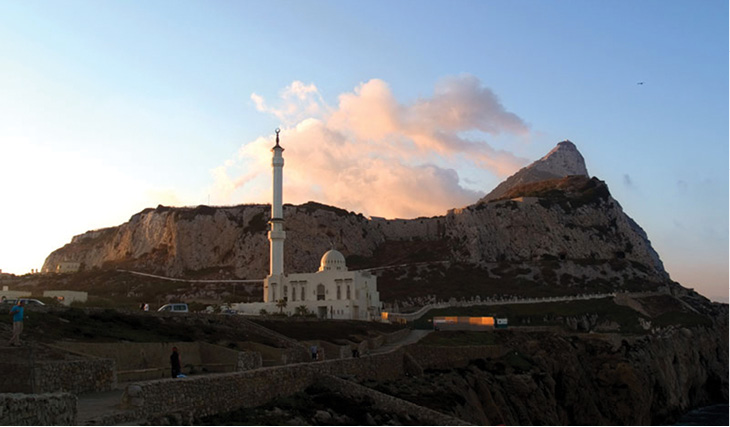 Next came the probable sequence of events—what in formal counterfactual language is called the consequent. The loss of Gibraltar would have closed the western Mediterranean to British resupply of its army in North Africa, but the British could still have supplied the army via the Suez Canal (as they mostly did anyway). When the Americans and the British launched Operation Torch in November 1942, they might well have landed not in French Morocco and Algeria but rather in Spain, which was relatively weakly defended by the Spanish army and devoid of much support from Germany. At a minimum, the western Allies would surely have seized Spanish Morocco. As I tracked the likely course of events, it seemed clear that the Spanish officer corps, never enthusiastic about Franco’s adventurism in the first place, would have reacted to these events by removing Franco from power.

Although the above scenario is speculative in its details, I concluded that three outcomes were virtually certain: Spanish belligerency would have yielded disaster; the Franco regime would not have survived; and the monarchy would have been restored (some Spanish generals urged restoration during the war, but historically it did not take place until 1975).

My last task was to tell the reader what actually occurred. Historically, both Germany and the Franco regime expected Spain to enter the war at some propitious time. But in Germany’s appraisal, Spain required too much economic and military aid. Spain, for its part, flatly rejected German demands for outright possession of one of the Canary Islands and concessions elsewhere to support its submarine offensive. Even more serious—and ultimately a deal breaker—was Spain’s desire for an expanded colonial presence in Morocco. Germany agreed in principle to allocate part of French Morocco to Spain at the war’s conclusion, with France compensated by the annexation of equivalent territory at the expense of Great Britain. But Germany’s refusal to offer specifics gave the Franco regime considerable pause.

With that said, Hitler initially was willing to grant Spain the territorial concessions that Franco desired. He reversed himself when a combined force of British and Free French attempted to seize Dakar, a strategic port in French West Africa held by Vichy France, between September 23 and 25, 1940, while Spanish envoy Ramón Serrano Suñer was in Berlin to negotiate an accord. The expedition was a fiasco, but it convinced Hitler that it was important to retain the good will of Vichy France as a bulwark against potential future British incursions on the Atlantic coast of North Africa. Had this minor event, today almost forgotten, not occurred, it is likely that Spain would indeed have entered World War II, with cataclysmic results. (The Dakar episode could be considered the real minimal rewrite, but to make for an effective column I went for something more dramatic.)

For me personally, the columns expanded my understanding of a conflict that, as a military historian, I’m already supposed to know a lot about. That was the main benefit of the Franco column. Other columns forced me to reconsider events whose significance I had long taken for granted. But they also gave my readers insight into a number of different subjects: diplomatic and military, of course, but also economic (for example, the American arsenal of democracy fails to materialize), political (FDR does not run for a third term), psychological (Churchill’s well-known depressions force him to step down as prime minister), and medical (scientists cannot find a way to mass-produce penicillin). The “what if” columns thus formed an entertaining way to educate my lay readership concerning aspects of the conflict they would probably never have considered otherwise.

An associate professor of history at The Ohio State University, Mark Grimsley has been writing for both general and academic audiences since he was 21 years old. He is the author or editor of several books, including The Hard Hand of War: Union Military Policy Toward Southern Civilians, 1861–1865 (Cambridge University Press, 1995).