The United States government is currently pursuing a host of policies, some of them quite aggressive, in the Middle East—a region that long has embroiled America in difficult and costly endeavors,too often because of misconceptions and arrogance on the part of American officials. At least since the 1970s, Americans have associated the region with the threat of terrorism, and US counterterrorism policy remains entangled with the broader search for wise and coherent policies toward Iran, Syria, and other states in the Middle East.

No one can predict whether the United States will make peace with Iran; tip the balance of civil wars in Syria and Yemen; destroy or strengthen the so-called “Islamic State.” But historians can and ought to shed light on the origins and evolution of US counterterror and Middle East policies, putting present-day dilemmas and frustrations in a helpful analytical context.

America’s “war on terror” has a long genealogy, with language and policies dating back to the specter of anarchist assassinations in the late 19th century. But to illuminate current policy, I would reach back into the Cold War era that stretched from the late 1940s until the 1980s, when American leaders routinely labeled the Communist enemy “terrorists.” In the 1960s, the rise of new revolutionary groups that embraced Marxist-Leninist doctrine and employed methods of asymmetric warfare from Brazil to Vietnam to West Germany fueled the association of terrorism with the socialist left. In the 1970s, non-state groups such as Germany’s Red Army Faction, various Palestinian organizations, and the Uruguayan Tupamaros grabbed the world’s attention with kidnappings, killings, and “skyjackings” of passenger airliners. Governments floundered in their search for effective responses.

Enter the presidential administration of Ronald Reagan (1981‒89, a period addressed in my recent talk at the Washington History Seminar). As I recount in The Reagan Era: A History of the 1980s (2015), Reagan’s first secretary of state, Alexander Haig, and his director of central intelligence, William Casey, entered office believing that terrorism—a threat that Haig said should be Washington’s prime foreign policy priority—was directly aided by rogue governments in Libya and Yemen, and indirectly controlled by the Soviet Union. This theory was vigorously circulated in mainstream American media by Claire Sterling, whose book The Terror Network (1981) Casey had read in galley form. Ever since then, and despite dismal results, US counterterrorism policy has reflected the idea that the way to stamp out terrorism is to attack rogue states.

This was not a completely new idea when Reagan became president, but he embraced it with unprecedented fervor. Jimmy Carter, his predecessor, had treated the Libyan regime of Moammar Qaddafi as a bad actor assisting terrorist organizations. Reagan escalated the face-off with Qaddafi during the 1980s, leading to an intense US air assault against Tripoli and Benghazi in 1986. The elation that many Americans expressed at this display of armed might—partially in the hope that it might stem the tide of terrorism—was misplaced. Two years later, a passenger jet blew up in the skies over Scotland, killing hundreds, most of them Americans. In 2003, on the path to normalized relations with the outside world, Qaddafi admitted that this was his regime’s doing—revenge for the 1986 airstrikes. In a further dramatic twist, President Barack Obama came to the aid of insurgent groups who overthrew and killed Qaddafi in 2011. Today, a self-proclaimed “Islamic State,” guilty of fearsome attacks on civilians, vies for outright control of Libya.

Similar tales of unsteady, ill-considered, or failed US counterterrorism policy could be recounted regarding Lebanon or Iran. President George W. Bush disastrously extended the “bad state” theory of terrorism with the 2003 invasion of Iraq, ostensibly a reply to the attacks against the United States by al-Qaeda on September 11, 2001. While many Americans opposed that war, an overwhelming majority supported the preceding invasion of Afghanistan, where the Taliban government truly had harbored and aided al-Qaeda. Uniting both of Bush’s wars were parallel extensions of the notion that cutting off the head of the terrorist snake requires applying massive conventional military force on states. While Obama has displayed some doubts about the effectiveness of that approach, neither he nor any US president since 1980 has been willing to repudiate the “bad state” theory of terrorism, one of the many shadows of the Reagan era that continue to haunt us. 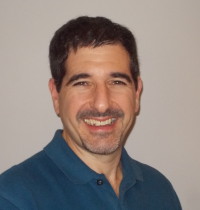 Doug Rossinow is professor of history at Metropolitan State University. He is the author of Visions of Progress: The Left-Liberal Tradition in America (2007) and The Reagan Era: A History of the 1980s (2015), among other works. He is a past president of the Peace History Society.