Editor’s note: This article inaugurates an occasional series in Perspectives, Quick Studies. We hope these accessible notes on emerging conversations in a variety of fields give readers a sense of the vast possibilities of current historical scholarship and of new directions for teaching.

In 1980, about 120,000 Cubans made their way to the United States by boat. One of them was renowned poet and author Reinaldo Arenas. Persecuted by the Cuban government for his contrarian political views and his love for men, Arenas was one of several queer men and women who risked the treacherous journey by water, now etched in public memory as the Mariel boatlift. Yet the country that Arenas risked his life to come to did not want him. At the time, the US Immigration and Naturalization Service (INS) considered homosexuality to be reasonable cause for exclusion from immigration and for deportation.

The experiences of queer refugees such as Arenas (who did stay in the United States) did not receive much scholarly attention until the emergence of the field of queer migrations about a decade ago. Keen browsers of the 2016 AHA annual meeting program would have noticed as many as seven panels on the subject, organized by the Committee on LGBT History (CLGBTH). The focus was apropos, given the theme of the annual meeting: “Global Migrations: Empire, Nations, and Neighbors.” At a time when people and governments around the world are asking tough questions about migration, asylum, and borders, the field of queer migrations focuses attention on often overlooked aspects of these issues: historically, gender identity and sexuality have had an impact not only on people’s decisions to leave home but also on how destination countries have received them.

What, however, are queer migrations? Over the past three decades, queer has become an adjective and a verb, sometimes leading to confusion outside the ranks of historians of sexuality. Julio Capó Jr., assistant professor of history at the University of Massachusetts Amherst, says that any definition of queer should center on “disruptions to heteronormativity”—that is, on the social assumption that heterosexuality is the default setting for human identity and desire. Thus, Capó says, “queer” can describe people who display “non-normative expressions of gender and sexuality,” but “to queer” something entails focusing on its neglected or strange aspects, especially those that undermine heteronormative cultural and state processes.

Migration seems a simpler term to define—movements of people across geographic space—but, as historians of migration know, things can easily get complicated. As the CLGBTH call for papers last year put it, migration could also be a “transition away from an initially assigned gender position . . . [or] movement between the ‘closet’ and public queerness.” Queer migrations, then, include the history of queers who migrate, but it also queers the historical study of migration itself. Queer migrations, as Marc Stein notes, create a “productive dialogue between immigration history and queer history.”1 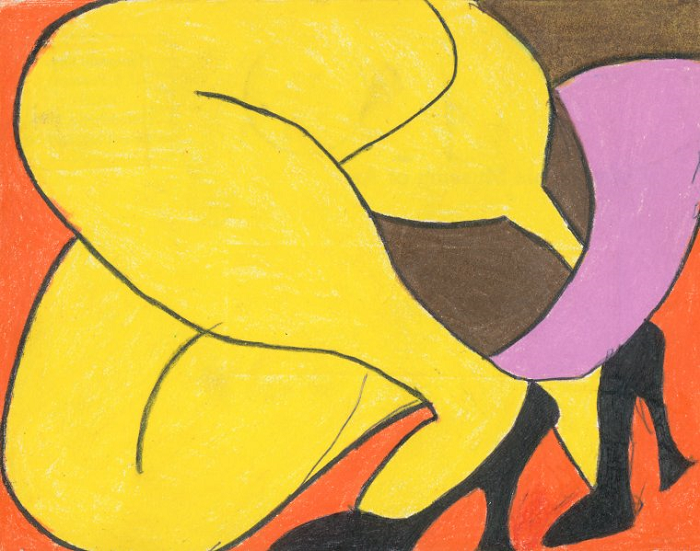 The topic itself is not a recent invention. In the introduction to a groundbreaking edited volume from 2005, Queer Migrations: Sexuality, US Citizenship, and Border Crossings, Eithne Luibhéid introduced the concept. “How does sexuality shape migration processes?” she asked. “How do concerns about sexuality shape US immigration control strategies and constructions of citizenship? How has mass migration in the past quarter century transformed US queer communities, cultures, and politics?” Luibhéid answered these questions partly by examining the history of immigration regulations and arguing that sexual orientation has historically constituted a significant category of immigration exclusion in the United States.

As early as 1917, for example, immigration laws excluded LGBT people through their prohibition of “persons of constitutional psychopathic inferiority,” a category that according to the US Public Health Service included “persons with abnormal sexual instincts.” Drawing on this precedent, the 1965 Immigration Act (celebrated last year during its 50th anniversary) excluded queer migrants under the language of prohibiting “sexual deviates,” even though its reforms of racial and ethnic exclusion were sweeping. This discrimination cast a long shadow too—it wasn’t until 2009 that President Obama lifted the ban on HIV-positive immigrants. And it was only with the Supreme Court’s 2013 decision in United States v. Windsor, which ruled sections of the Defense of Marriage Act unconstitutional, that LGBT people could apply for immigration benefits such as green cards or citizenship through marriage.

Luibhéid looked at this long history of discrimination to demonstrate the state’s investment in heterosexuality and patriarchy as governing principles of who is allowed to enter and who is not. Building on this intervention, scholars such as Margot Canaday, Lionel Cantú Jr., Susana Peña, Horacio Roque Ramírez, Siobhan Somerville, and Nayan Shah have decentered the role of the United States and revealed important connections between sexuality, migration, and citizenship, on one hand, and the rise of capitalism, state bureaucracy, and foreign relations, on the other.

Looking into the queer past, however, comes with its own sets of challenges. With significant historical invisibility surrounding sexuality and desire, finding archival evidence probably remains the biggest challenge for researchers. “How do you recover the voices the state sought to suppress?” asks Capó. “How do we make up for the resounding silences of the archives?” As he says, “It would be an evasion of our task as historians to abandon the study because of these and many other challenges.”

One solution has been to “queer the archive”—now using queer as a verb—as when historians analyze, say, state or institutional records, listening for what isn’t said or seeking alternate sources of evidence such as ephemera, photographs, or even material objects. In some instances, queer stories have been there all along but have never been interpreted as such. In The Straight State: Sexuality and Citizenship in Twentieth-Century America (2009), Margot Canaday analyzed the well-perused records of the US Immigration and Naturalization Service at Ellis Island and found that immigration officials often watched for signs of “striking peculiarities in dress, talkativeness, witticism, facetiousness . . . flightiness . . . unnatural actions, mannerisms, and other eccentricities” to identify immigrants who might be sexually “degenerate” or “perverse” and thus could be excluded as likely to become public charges. (The line of reasoning went that such individuals would have trouble finding jobs because of their sexual “perversions.”)

As with archival research, queering migrations in the classroom requires ingenuity. “Because there’s so little published out there,” Stanford historian Ana Raquel Minian suggests, teachers should ask their students about the “assumption of heterosexuality” in existing texts and narratives describing immigrants’ identities and journeys—texts that might presume that the overriding goal of immigrants is preserving their families, for example. “How would the picture look different if we included the experiences of LGBTQ people?” Asking that question, and paying attention to the relationships between sexuality, gender, and migration, Minian says, can open students’ minds.

These challenges, of course, also present opportunities—the field is still young enough for historians to have significant influence within it. And with news of advances in LGBTQ rights and a global refugee crisis both hitting the headlines, urgent questions about the specific challenges queer migrants face present an opportunity for historians. Canada, for example, recently announced that its plans for Syrian refugees will privilege family reunifications and exclude “unaccompanied men.” The Canadian government plans to make exceptions for gay men but has remained silent on how it will confirm a refugee’s sexuality. Based on prior treatments of queer migrants, historians would be right to fear that such policies not only privilege heterosexual families, but also force LGBT individuals to conform to popular stereotypes of what it means to “look gay.”

Historians can also caution the public against assuming that countries such as the United States are, or have always been, safe havens for sexual minorities. Capó recalls the story of one queer Afro-Cuban during the Mariel boatlift crisis whose decision to seek refuge in the United States was mocked by Cuban officials: “They told him that in the United States, ‘black homosexuals had the dogs thrown at them.’” An intersectional approach that looks at race and gender in addition to sexuality when studying migration today thus becomes even more important: it allows historians to avoid replicating American exceptionalist narratives and instead to turn inclusively to the particular challenges of queer migrants of color (particularly transgender migrants of color).

As politicians and government officials across the United States loudly oppose immigration to or the resettlement of refugees in their states, a number of historians have tried to interrupt this latest cycle of xenophobia and fear. A queer migrations approach ensures that the histories and concerns of queer migrants are not forgotten in the process.

1. Marc Stein, “All the Immigrants Are Straight, All the Homosexuals Are Citizens, But Some of Us Are Queer Aliens: Genealogies of Legal Strategy in Boutilier v. INS,” Journal of American Ethnic History 29, no. 4 (Summer 2010): 45–77.