In 2013, the American Historical Association released a report on the career outcomes of 2,500 history PhDs who received their degrees between 1998 and 2009. The report found that almost a quarter of the respondents were in careers outside the professoriate, including those in academic administration, nonprofits, and K–12 teaching. 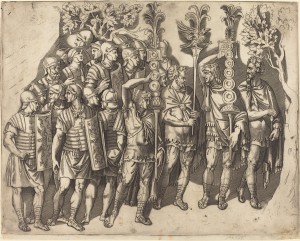 Uncontroversial as it may seem, simply collecting and publishing this data was a bold move. In the not-so-distant past, young historians who could not secure a tenure-track job—or who simply decided that an academic career wasn’t for them after all—were frequently shamed into silence. As Monica Green, a medieval historian who received her PhD in the mid-1980s told me, “In my day, ‘outside the academy’ was inherently failure. Full stop.” Maureen Ogle, a writer and former academic who finished her PhD in history in the early 1990s, shared a similar sentiment: “There was no alt-ac, and no one talked about non-academic jobs. To do so was death!” Ogle noted that as a graduate student and early-career historian, she observed “mockery of and condescension toward ‘public’ historians, and no [recognition of] grads who’d gotten good jobs outside the academy.”

Recent developments in the field of history are also encouraging. In the years since the youngest cohort involved in the 2013 AHA study received their PhDs—and even since the publication of the data three years ago—many university history departments and independent academic organizations have devoted both time and resources to providing current history graduate students with information about and resources for transitioning to careers beyond the professoriate. The AHA’s Career Diversity for Historians initiative in particular reflects how seriously graduate students, faculty, and even institutions are beginning to take nontraditional academic career paths.

The field of classics faces many of the same challenges, but classicists have been somewhat slower to challenge the academia-or-bust narrative than historians have. The Paideia Institute for Humanistic Study, a New York-based nonprofit dedicated to promoting the study and appreciation of classical studies both inside and outside formal academic contexts, hopes to change this for good with the Legion Project, a new initiative announced in late 2015.

In an article explaining the Legion Project, Paideia Institute co-founder and president Jason Pedicone estimated that about half of the 300 new students who enroll in American classics PhD programs every year will finish the degree, and that out of those 150 newly minted PhDs, “approximately 75 will eventually find gainful employment in academia.” And what happens to the other 225? As things currently stand, they “vanish into the big wide world.” Pedicone continues,

Where do these people go, what do they do, and why do we let them escape our notice? The answer to the last question may relate to what many identify as a culture of shame in the humanities associated with not completing a PhD or choosing not to enter academia once one does. … The further one’s story diverges from [the traditional] outcome, the more one may feel the need to disappear.

One goal of the project is to remedy the lack of easily available data on how many classics PhDs end up following a traditional academic career path and how many set out in new directions after leaving graduate school. But, as Pedicone told me in an interview, numbers aren’t all the Legion Project collects:

In addition to gathering statistics, we think it is important to gather stories, to connect those stories to names and faces, and to invest time and energy in building relationships with classicists outside of academia. By doing so, we hope to help foster a culture of hope, build a network of shared interest, and amass a body of evidence that demonstrates a broader definition of “success” for graduate students in the humanities. Ultimately, want to send the message that being a classicist—indeed, being a humanist—is more than simply teaching at a university.

Will the Legion Project achieve its goal of reshaping ideas of what a successful post-classics career looks like? Paideia Institute co-founder Donna Zuckerberg is enthusiastic about the response the project has received so far, noting that the database of “Legionnaires” has already grown substantially.

Already, the Legion Project highlights a broad diversity of careers pursued by classicists. Paul Roth, who now teaches law at the University of Otago in New Zealand, notes in his Legion Project biography that his classical education gave him “historical perspective, patience, and the ability to analyze language closely.” Similarly, film producer Deborah Fryer says that she draws on her classics training daily, noting, “It’s like a skeleton key that opens every door.”

Caroline Wazer is a PhD candidate in ancient history at Columbia University. Her research focuses on health and sanitation in the Roman Empire.