Historian of the US South; Oral Historian; AHA Member 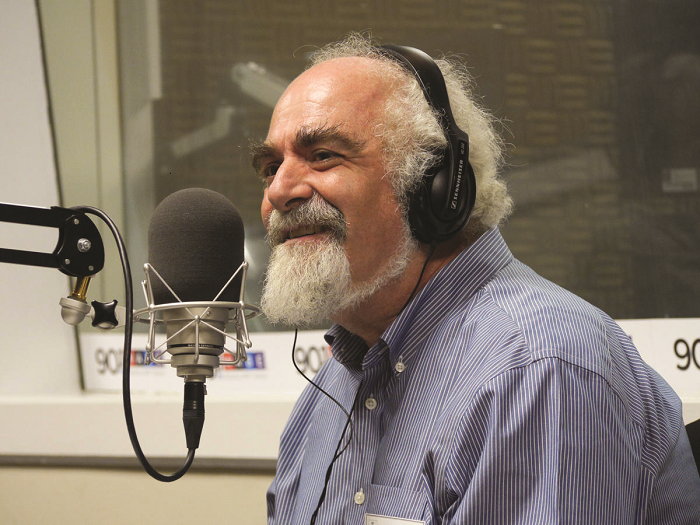 Clifford M. Kuhn died on November 8, 2015, in Atlanta. Among the outpouring of tributes to him was a post entitled “Atlanta Loses Its Greatest Listener.” It captures two of the things that made Cliff unique. First, in a profession in which fewer and fewer people root themselves deeply in a place, he did just that. Second, in books, films, radio documentaries, and historical tours, he shared his passion for oral history and knowledge of southern history with more of his fellow citizens than most of us could ever hope to reach.

Cliff was born on June 14, 1952, in Prince­ton, New Jersey. His father, Harold Kuhn, was a noted mathematician and economist; his mother, Estelle, was a civil rights advocate who worked for the ACLU.

When I first met him, he was an intrepid, exuberant senior at Yale with an impressive black beard and a halo of curly black hair. His Prince­ton High School yearbook said he “intends to change the world.” He planned to do that by throwing himself into the political and intellectual ferment that followed the fall of Jim Crow. He and a friend were on a two-week reconnaissance mission, and Chapel Hill was their first stop. Their Volkswagen beetle was stuffed with tape recorders, classic works of southern history and literature, and copies of Southern Exposure, an alternative magazine published out of my house at the time. Their seat-of-the-pants mission was to interview sharecroppers and rural labor activists and to explore the counterculture mecca of Atlanta. So much of what Cliff became was already there in embryo: the excitement he brought to everything he did; the attraction to collaborative, socially conscious intellectual endeavors; even the specifics of his calling—the South, Atlanta, oral history.

After graduating with a BA in American studies in 1974, he headed to Atlanta, where he taught for a year in the public schools and wrote for the Great Speckled Bird, the South’s premier underground newspaper. In 1976, he entered graduate school at the University of North Carolina at Chapel Hill, where he helped conduct the interviews and lay the groundwork for the Southern Oral History Program’s breakout book, Like a Family: The Making of a Southern Cotton Mill World (1987).

In 1984, he married Kathie Klein, a graphic designer and printer. Cliff, Kathie, and their two sons, Joshua and Gabriel Klein-Kuhn, settled in Atlanta’s historic Virginia-Highland neighborhood. Their home became a site for community-building festivity and a jumping-off place for countless newcomers to the city.

Cliff received his PhD in 1993. The following year he became a tenure-track assistant professor at Georgia State University, where he had been teaching since 1989; at his death he was an associate professor. His first book, Contesting the New South Order: The 1914–1915 Strike at Atlanta’s Fulton Mills (2001), was an intimate case study based in part on a rare cache of labor spy records rescued from the basement of what was once Atlanta’s largest cotton factory. It offered a fine-grained portrait of both workers and managers while also challenging assumptions about southern backwardness and isolation by documenting the extensive regional and national networks in which each was involved and the modern forms of publicity each employed.

Cliff’s death cut short his progress on another book, At the Crossroads: Arthur Raper, the South and the World. This biography of a trailblazing southern reformer, New Deal policy maker, sociologist, and educator would have further deprovincialized southern history. Probing Raper’s little-known post–World War II career in international rural development, Cliff’s research showed that Raper applied to his work in Asia and the Middle East insights gleaned from his studies of southern rural life as well as democratic ideas formulated by reformist agricultural intellectuals during the New Deal. Those ideas then returned to influence Great Society initiatives in the United States.

The impulse to find large meanings in personal lives and small-scale struggles that animated Cliff’s scholarship also propelled him into a series of successful efforts to take history to the public. I focus here on just a few of the many contributions for which he received the Georgia Governor’s Award in the Humanities, the Turner Downtown Community Leadership Award, and the Martin Luther King Torch of Peace Award.

The first is Cliff’s long and fruitful relationship with “Radio Free Georgia.” Founded in 1973, station WRFG was among a string of community-oriented stations established in response to the demands of Civil Rights and Black Power advocates for programming pertinent to African Americans. In 1978, Cliff joined its “Living Atlanta” project, conducting hundreds of interviews and coproducing a 50-part radio series that won national awards and launched a tradition of documentary innovation at the station. In 1990, he was the lead author (with Harlon E. Joye and E. Bernard West) of Living Atlanta: An Oral History of the City, 1914–1948. He also became the go-to historian for WABE, the city’s National Public Radio affiliate. In 2007, he created “This Day in History,” broadcast monthly on Morning Edition for the past eight years.

My second example concerns Cliff’s involvement in a coalition of citizens determined to raise public awareness of the Atlanta Race Riot of 1906, a conflagration that had a lasting impact on the city but had been erased from public memory. This effort attracted copious attention during the riot’s 2006 centennial, and it continued for the next nine years through a monthly walking tour that Cliff created and led. Based on his original research, his work with local African American genealogical organizations, and his excavation of public memory, the tours introduced thousands of residents and visitors to a bracing view of a city prone to demolishing its historical landscape and forgetting its past.

Cliff was an institution builder as well as a communicator, as evidenced by his leadership of the Oral History Association (OHA), an AHA affiliated society. Elected president in 2000, in 2013 he helped to bring the OHA to Georgia State and became its first full-time executive director. As one friend remarked, Cliff’s enthusiasm for building the organization “was not a gentle wave—it was more like a tsunami.” It had already resulted in strengthened ties with other national professional organizations, a strategic plan, an endowment campaign, and other accomplishments.

What made Cliff Kuhn such a larger-than-life personality was the fact that he brought that same “tsunami” of enthusiasm to everything he did, whether it was zooming around town on his bicycle, coaching soccer, or irrepressibly sharing what he knew. It seems all the more poignant to have lost such a life force when he was bursting with plans for the organization that was the pride of his later career and ready to finish what promised to be an illuminating third book.