How A Major in History Gives You the Intangible Edge

It’s no secret that many departments use job prospects to lure undergraduates trying to pick a major. History departments in particular tend to tout their alumni’s diverse array of career paths in an attempt to answer the inevitable question: “But what will you do with that?” Among college majors, it seems, history is considered just “useful” enough to have to justify itself, but not so useful that students would flock to it anyway. Studying history, however, gives graduates tremendous flexibility in the job market. In fact, history is not merely a degree you could consider—it is the degree you would be remiss not to.

Studying history gives graduates tremendous flexibility in the job market. In fact, history is not merely a degree you could consider—it is the degree you would be remiss not to.

Learn the Intangibles
To understand why, consider the NFL Combine. Scouts look at players’ speed, strength, and agility, but when it comes to offering a contract, these metrics are often pushed to the side—after all, if you’re at the combine, everyone already knows you’re good at football. Instead, the make-or-break elements are often what scouts call “intangibles”—not whether a player can run a specific play right now, but whether they have the acumen to succeed in the long run. When you graduate from college, you’ll already be at the combine. A history degree will give you the intangibles.

Though I graduated just two years ago, my own career path is already proof. I currently work in communications for a foundation that makes grants to improve public transportation. Previously, I wrote about public policy issues for a think tank. On paper, the two jobs are quite different, but in practice they have much in common. I plan events, organize calls, talk with colleagues in the field, and I write constantly—for audiences as big as the Internet and as small as my coworkers—in ways that require thinking critically about current events. I also edit other people’s writing that seeks to do the same. I owe this set of skills less to what the history major taught me (though that’s important too) than to how the history major taught it.

Write, Write, and Write Some More
When I was eight years old, I wrote to John Anderson, my favorite sports reporter, asking what I needed to do to become his successor. His response, handwritten on ESPN stationery, was concise and memorable: read all the writing you can get your hands on, and try to emulate the best of it.

History approximates this advice better than most majors in college. From reading responses to book reviews, term papers to my senior thesis, I would estimate I produced at least 400 pages of writing in my history classes alone. And it mattered—at the end of each year, I was a better writer than I had been the previous September. In later years of college, when history classes gave me more freedom to follow my own research interests, I was confident that I could independently devise a work plan that would result in a solid piece of writing.

In the working world, I cannot stress enough the importance of these twin skills—knowing what you need to write and then actually writing it well. There is an unfortunate perception that good writing skills are innate. Extraordinary writing might be innate, but no one is asking you to write like the next Faulkner (and, in the working world, a memo or blog post written like a Faulkner novel won’t get you very far anyway). Writing that is invisible—that permits readers to understand an idea or argument without noticing the syntax used to support it—is very much a learned skill. A history education trains you in exactly this kind of writing, a surprisingly rare skill in the working world that will bring immediate and enduring respect from the people with whom and for whom you work.

A Skeptical Approach
History is not the only major that requires substantial amounts of writing, but it is unique in combining that writing with an equally useful attitude: skepticism. Skepticism plays a central role in learning history at the college level. History teaches you to identify the biases, shortcomings, and inaccuracies inherent in everything you learn. Nothing is taken at face value—not even the work of other historians.

Skepticism has its drawbacks (mostly, it ruins your ability to enjoy movies set in the past). Like writing, however, it’s a skill that takes you beyond the lecture hall. If you are a lawyer, it allows you to spot weaknesses in your opponents’ case. If you follow the news, it allows you to question journalists’ assumptions. In my own line of work, it is why, when I saw press releases predicting that the new Brooklyn-Queens Streetcar would be an economic boon, rather than just agreeing, I helped craft a response identifying all of the issues that were not addressed.

Of course, the facts, figures, and stories that history teaches shouldn’t be overlooked. I am glad I can describe how the Atlanta subway system was shaped by racism, understand the regional dynamics of Brazilian politics, or note that Poland once had a less-than-imposing king named Władysław the Elbow-High. (I don’t remember what he did, but you don’t forget a name like that.)

The fact is that nearly everyone can find a branch of history that is interesting to them. When you are choosing a major, however, the skills imparted by history that can be carried into virtually any line of work—good writing, thinking critically about the world around you—are less obvious. You may not sense those intangibles at the moment. But four years from now, I guarantee you the scouts will. 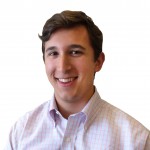 Jacob Anbinder is a communications assistant at TransitCenter, a New York-based grantmaking foundation that seeks to improve urban mobility. Previously, he served as a policy associate at the Century Foundation, a progressive nonpartisan think tank, where he researched transportation policy. Jacob’s writing has been published in Newsweek, The Wall Street Journal, Real Clear Policy, US News and World Report, The Fiscal Times, and The Austin American-Statesman. He received a BA in history from Yale University and was the 2014 recipient of the AHA’s Raymond J. Cunningham Prize.

Tags: AHA Today What to Do with a BA in History Resources for Undergraduates