Historians on the Hill: Building Relationships between Policy Makers and Historians

The National History Center has created the Historians on the Hill group and the Historians on the Hill Advisory Council to cultivate better relationships with congressional staffers and to augment outreach on Capitol Hill. These two initiatives will expand the National History Center’s advocacy campaign with the goal of connecting policy makers and their staff to historians working on issues of current legislative importance. The Advisory Council’s chair is Molly Michelmore, associate professor of history at Washington & Lee University in Lexington, Virginia, and a former congressional staffer. She is the author of Tax and Spend: The Welfare, State, Tax Politics and the Limits of American Liberalism (2011). 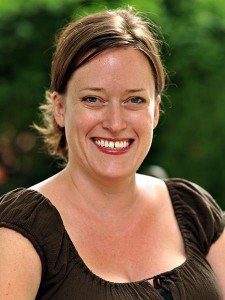 Molly Michelmore is associate professor of history at Washington & Lee University in Lexington, Virginia, and a former congressional staffer. She’s also on the advisory council of Historians on the Hill.

What interested you in participating in and chairing the Historians on the Hill group?

I went to graduate school with Amanda Moniz (NHC’s assistant director) and she told me about the National History Center’s Congressional Briefings program, the Historians on the Hill group, and the Historians on the Hill Advisory Council. In general, I am interested in figuring out how to facilitate a working relationship between historians and policy makers. Because I worked on Capitol Hill during the first part of my career, I thought it would be a great program in which to be involved to accomplish this goal.

What are the broad goals of the Historians on the Hill group?

The most important goal is to cultivate relationships between historians, policy makers, and their staff. Members of Congress can benefit from historians’ expertise on important policy issues and historians can get their work into the public sphere, especially if there is a legislative component. This can be a mutually beneficial relationship, connecting the world of policy to the world of academia. Members of Congress and their staff gain a better understanding of the history of legislative issues and historians learn how to tailor their research towards new nonacademic audiences.

How was your experience working on Capitol Hill informed by your history undergraduate degree?

When I was in college, I first worked on the Hill as an intern during the summer before my sophomore year. Then I completed a senior thesis on the history of modern American welfare policies. This was at the time when politicians were debating the merits of the 1996 welfare reform law and working on the Hill gave me an interesting perspective on this debate. After I graduated from college, I decided to move to Washington, DC, to work on Capitol Hill. First I worked as a staff assistant for Senator Barbara Boxer of California. Then I worked in the House of Representatives (for Congressman Jerry Kleczka) as a legislative coordinator and a legislative assistant.

One of the greatest aspects about working on the Hill right out of college was that most of the work was done, and is done, by people under the age of 25. Being a young person on the Hill provided a lot of opportunities to learn about how Congress works and legislative processes. And knowing how Congress works and knowing how to do legislative research is important to my work as a historian because I focus on the legislative history of American welfare policies. Having that first-hand experience working on the Hill was helpful to my research.

How did your time working on the Hill influence your approach to graduate school in history?

I did a lot of research while working on the Hill and the ability to do that kind of research was easily translatable in graduate school. Most importantly, I learned how to say things quickly and explain ideas clearly because members of Congress want information distilled as succinctly as possible. Congressional staffers are working on so many issues at one time that being able to understand complex ideas and communicate them clearly is an important tool. These skills helped me as I made my way through graduate school, completed the dissertation, and continued my career as a professor. I also realized while in grad school that my chances of getting a tenure-track job in history were not great. So, I decided to focus on policy history because it was a good fit for me and if I couldn’t get a teaching job, I could still use the skills that I gained to get a job outside of academia.

Do you envision incorporating the NHC’s mock policy briefing program into any of the courses that you teach?

I am teaching a course of the history of the American welfare state and for one of the later assignments in the semester, I will have students write policy recommendations.

Justene G. Hill is the program coordinator for the Historians on the Hill group at the National History Center. She received her PhD from Princeton University in 2015.