Over the past year, the nationwide decline of history majors and enrollments has become one of the AHA’s foremost concerns. Now, surprising news has arrived from Yale University: after a two-decade slip in popularity, history is the top declared major among its Class of 2019. 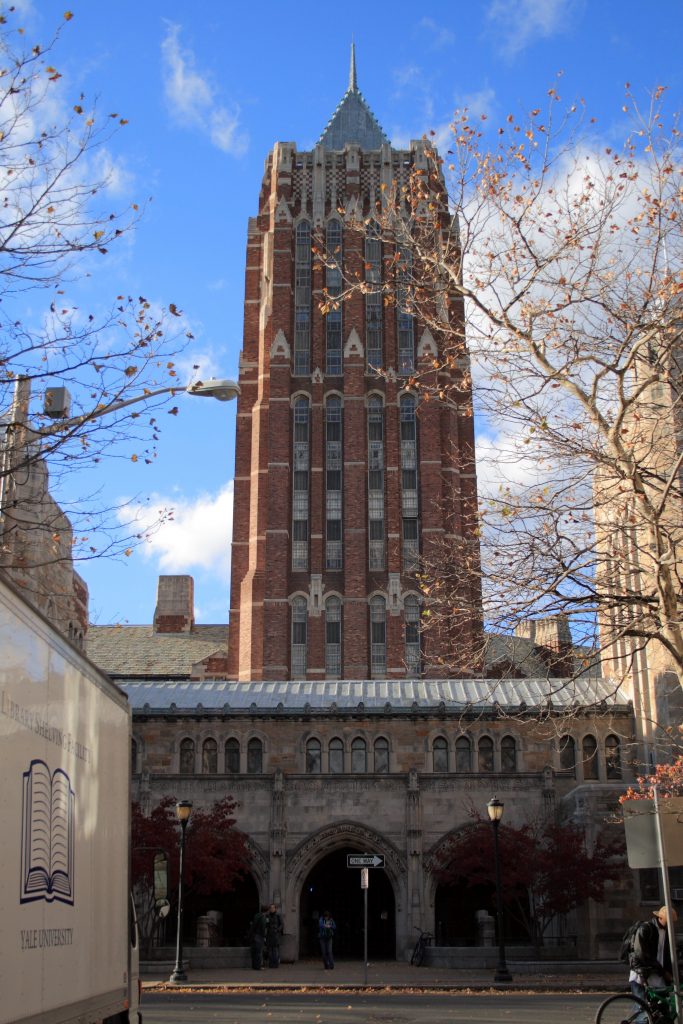 After decades of falling in popularity, history is the top declared major by Yale University’s Class of 2019. Until the early 2000s, the history major was the largest at Yale. Ragesoss/via Wikimedia Commons CC BY-SA 3.0

The major’s comeback has been long awaited by the department. History regularly attracted the most number of students as majors at Yale until the early 2000s, when it began to lose ground to other subjects like economics and political science. According to Alan Mikhail, the department’s director of undergraduate studies, the slump correlated with global trends that the AHA has already investigated, such as changing perceptions of career relevance and popular emphasis on STEM fields. Several institution-specific forces also came into play. “In the 2000s,” explains Mikhail, “we lost several very large lecture courses that served to bring students to the major. At the same time, Yale sought to move aggressively towards bolstering the sciences.”

Mikhail cites four major strategies that the department employed to attract potential majors: retooling course offerings, hiring new faculty in growth areas, organizing campus recruitment events, and restructuring the major itself. Students are not required to take particular courses. Instead they choose flexible thematic tracks—called “regions” or “pathways”—that map the bulk of their coursework. This restructuring was partly a result of student feedback.

Says Mikhail, “One important thing that came out from our conversations with students when we were considering changes was that the major lacked coherence or a logical path.” Students were conscious of, and perhaps envious of, the fixed path of requirements that their peers in the STEM fields experience. “Students like this. It builds a cohort,” argues Mikhail. “Students are with each other in classes in all four years, work on the same problem sets, and build camaraderie.” Without losing sight of what rightfully distinguishes historical inquiry from other methods of study, the department was able to strike a balance between a making a clearer path through the major and “maintaining our commitment to broadly training our students in different geographies, time periods, methodologies, and themes.”

Outside of the aggressive changes that the department has implemented to increase majors, Mikhail believes that the present historical moment is enticing young people to join the discipline. He points out that economic and political models failed to predict several defining events of the post-9/11 era, most notably the 2008 financial crisis and the 2016 presidential election. Some are beginning to recognize that historians, due to the nature of their understanding of the past, could be better equipped to analyze and address global crises and trends. As Mikhail explains, “Deep sensitivity to the complexities and nuances of society, politics, law, and culture; a willingness to embrace the messiness of the past and hence also the present; a long-term perspective; critical reading habitats; an inherent skepticism of easy answers—all of this and more is the work of historians and is crucial to where we are as a global society right now and will be for the foreseeable future.”

History is not facing these pressures and challenges alone. Other humanities departments at Yale have gone through similar struggles in attracting majors and asserting relevance. In March, the Department of English voted to reform its curriculum in response to calls to increase diversity and broaden its approach to literature—specifically, moving toward greater representation of women and people of color. Just as with the history department, significant student input, welcomed by a flexible faculty, was a crucial component of the changes.

Mikhail acknowledges that the exact number of history majors might adjust before the Class of 2019 graduates, but it doesn’t diminish how thrilled the department is to be back on top. And while Yale’s history department admittedly enjoys the advantage of its own prestige—it never lost its status as one of the largest history departments in the world despite the hit to majors—that doesn’t mean its recruitment model isn’t adaptable to departments of all shapes and sizes. Elizabeth A. Lehfeldt, vice president of the AHA’s Teaching Division, has argued that that the future of enrollments will depend on the initiative of faculty. The history department at Yale is an example of how a breadth of tactics can foster sustained success.