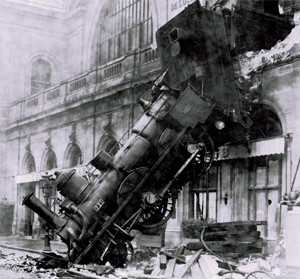 We all have had one of those days. You have just spent weeks designing an assignment that will rock your students' worlds. Entering class, you are ebullient, buoyed by the knowledge that, today, students will learn! They will leave the classroom animated, engaged, and anxiously anticipating their next gathering. Then, reality plays its cruel trick. The assignment is a wreck. Nothing works as intended, and instead of those excited students you daydreamed of, you are faced with the dejected, withdrawn, and bored students that your exercise has actually produced. You decry life, the universe, and everything in between and shrink back to your office, dreading your next class meeting. And then you move on, as you always do, and hope that eventually you will find time to reflect on that which began so well but ended so badly.

Throughout my dozen years spent teaching, I have designed some terrible assignments. Early on, I took the disastrous results of my experimentation personally. I now realize failure is just part of the job. What follows is a discussion of three assignments I have used that ended badly. Since confession is good for the soul, I offer the following musings for your edification, entertainment, or perhaps a bit of both.

A Failure to Consider Technology

During my first years at Virginia Wesleyan College, I routinely had my introductory U.S. survey students write exam paragraphs explaining key issues related to important individuals, places, and terms that we had studied. At the beginning of a unit, I would provide students with an extensive list of possible identifications (150 or more) from which I would draw the 10 or so that appeared on the test. My hope was that they would use this list as a guide to their reading and our classroom conversations. Yet, by the end of my third semester, I noticed a disturbing pattern. Increasingly, similarly worded paragraphs appeared on different exams. I initially assumed that students were somehow cheating, which led me to ban the use of electronic devices during tests.

Sadly, the pattern continued, and since I witnessed no overt acts of cheating while proctoring the exams, I concluded that the similarities were probably the result of cooperative study sessions. However, one day I typed a recurring response into Google, and I quickly discovered what you may have already figured out. I was reading a memorized Wikipedia entry.

I should note that I do not prevent students from using Wikipedia, and I have actually found the web site to be a useful class resource. However, as the pedagogical purpose of the paragraph responses was to have students develop their analytical skills, rather than their ability to regurgitate content, Wikipedia was clearly causing a problem. Consequently, I have since changed the assignment by requiring students either to incorporate specific references to assigned primary sources or to integrate multiple key terms in the same response, though in this case, I assign the terms to be integrated. Unsurprisingly, I have been told that my new exams are much harder; however, I happily no longer get identical answers.

A Failure to Teach Historical Empathy

Scholars who have examined role-playing in the history classroom have noted that one of the activity's greatest strengths is its ability to teach historical empathy, a skill central to the historical method. One can easily imagine how a great role-playing session could challenge a student to reach empathetically across complex subjectivities. For instance, a 21st-century white male student could inhabit, theoretically and temporarily, the consciousness of an enslaved black woman living during the 18th century. However, as I discovered when I created such an assignment, breaking down such subjective barriers is very difficult.

For one of my earliest role-play attempts, I asked my students to re-enact the Congressional Joint Select Committee's hearings on Reconstruction-era Ku Klux Klan activity. I thought that I could "structure the roles so as to maximize the level of disagreement in the ensuing discussion and to represent a variety of perspectives on the historical situation."1 Students were divided into four main groups: black freemen and freewomen, members of the Ku Klux Klan, white yeoman farmers, and members of the congressional committee. They were given selections from the congressional testimony to prepare for the in-class debate, and each of the three testifying groups identified arguments to persuade Congress to rule in their favor.

The class began well, but a problem quickly emerged. My Ku Klux Klan team could not accurately play their role. They were visibly uncomfortable making arguments that were unquestionably racist, particularly given the racial diversity present in the class. Yet, when I spoke with the group after the debate, I realized that their problem went deeper than simple discomfort. Students actively rejected trying to understand the Klan's position. They had no desire to comprehend or empathize with Klan members, and nothing I did that day could persuade them that there was value to the exercise.

This knee-jerk reaction to an unsettling historical situation was worrisome. I know now that I did not prepare students well enough to understand either the point of the exercise or how to adopt, but distance themselves from, upsetting points of view. Yet, I still have difficulty with this assignment. When students role-play a historical event without an obvious villain, they admirably showcase empathy, displaying the biases inherent in our historical sources. Yet, when I challenge students to see the world from a point of view they actively reject, I rarely succeed. It remains a problem for which I am still in search of a solution.

A Failure of Context and Contingency

For years, I have been using an assignment that asks students to create a fictitious religious experience contextualized within the Second Great Awakening. The assignment is meant to help students better understand how historical contingency and complexity function.2 Recently, I was inspired by how T. Mills Kelly designed a similar assignment in which students created a fictitious pirate, and I wondered whether I could adapt the cult assignment to my history of piracy course.3 Consequently, I asked students to invent a fake, but historically authentic, pirate set within one of the four contexts that the class covered (Rome, the 17th- and 18th-century Atlantic, early 19th-century China, or contemporary Africa), though unlike Kelly's assignment, my assignment's results remained in the classroom. Students wrote a biography of their pirate, produced fake primary materials, and, since the course also considered the intersection between piracy and popular culture, created popular materials that demonstrated how their fake pirate affected later popular culture.

While I have had success with the assignment in my awakenings class, I had difficulty replicating my results. While students embraced the assignment enthusiastically, their efforts proved to be analytically superficial. The narratives simply replicated and regurgitated the content we had studied. Details, like names and nationalities, changed, but students had difficulty imagining an original fictitious scenario illuminating the course's complex contexts. Moreover, any sense of historical contingency was absent. Biographies followed pre-existing scripts, primary sources were not accurate to the period (everyone wanted to draw wanted posters), and pirates frequently behaved in ways that made little contextual sense.

Figuring out why I encountered such different results took some time. I am now convinced that the cause of my problem lies in the interplay between context and contingency. In my awakenings class, which has a narrow chronological focus, students were thoroughly grounded in numerous competing contexts in which to set their religious experience. Thus, they gained a strong enough familiarity with many other contextualized examples to permit them to abandon the narrative constraints offered by these examples and see the period afresh. To practice historical contingency requires more than being briefly introduced to a survey of a historical period. Rather, students need a deep grounding in it, and so my assignment in creating historical fictions has a very limited place in my classes.

Learning from the above has been humbling, forcing me to realize that no matter how much time I spend on an assignment, there will remain problems that I have failed to consider. Yet, as most know, failures are opportunities, especially in classrooms that are designed to be student-centered. Assignment goals can be made explicit, and conversations can be had between students and professors about how to improve learning. Demystifying and diagnosing such failures can help students to improve their own work; not only can they see such failures are part of the educational process, but they can also think through how to overcome them, certainly a marketable skill. Happily, sometimes spectacular blunders lead to serendipitous results, and so I hope to keep failing, repeatedly, in the years to come.

Richard E. Bond, associate professor of history at Virginia Wesleyan College, is co-editor of From Jamestown to Jefferson: The Evolution of Religious Freedom in Virginia, published in 2011 by the University of Virginia Press, and a faculty participant in the AHA's Tuning project.

2. I draw these terms from Thomas Andrews and Flannery Burke, "What Does it Mean to Think Historically?" Perspectives on History (January 2007), .