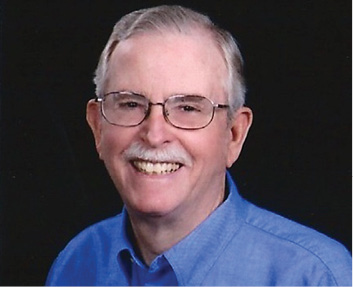 Thomas William Heyck wrote about intellectual over-specialization, but he did not practice it. A professor of modern British history at Northwestern University for more than 40 years, Bill Heyck’s scholarship covered Liberal politicians and Victorian intellectuals, freelance writers and redbrick universities, W. B. Yeats and E. P. Thompson, analytic philosophy and the history of golf, “four nations history” and “history from below.” The Charles Deering McCormick Professor of Teaching Excellence, Heyck taught undergraduate courses on the Victorian crisis of faith, the conflict in Northern Ireland, and the history of environmental thought, in addition to a blockbuster survey of British history for which he literally wrote the book. His extra-curricular interests ranged more widely still, including contemporary politics, the historical Jesus, and the Chicago Cubs—the latter he believed to be a communist plot, designed to sap the will from America’s heartland.

Born in 1938 in Beaumont, Texas, Heyck grew up in Florida but returned to Texas to attend Rice University. He earned both his BA (1960) and MA degrees (1962) in history from Rice, where he was active on the university tennis team and in ROTC. Heyck served in the US Army from 1964 to 1966, earning the rank of captain, before returning to Texas to complete his PhD at the University of Texas at Austin. Texas was also where Heyck met and married his wife of 50 years, Denis Daly Heyck, professor of Spanish language and literature at Loyola University in Chicago. In 1968, Heyck headed north to take up the position of assistant professor of history at Northwestern University in Evanston, Illinois. He published his first book, The Dimensions of British Radicalism: The Case of Ireland, 1874–1895, in 1974, and Choice named his second book, The Transformation of Intellectual Life in Victorian England, an Outstanding Academic Book of 1982. Other awards included an ACLS Fellowship in 1974–75, an NEH Fellowship in 1984–85, and a Faculty Fellowship at Northwestern’s Kaplan Center for the Humanities in 1997–98.

Though trained as a political historian, and by inclination an intellectual historian, Heyck’s career was decisively shaped by the New Social History. He vividly recalled reading Harold Perkin’s The Origins of Modern English Society on the trip from Austin to Chicago, shortly after accepting his position at Northwestern. He had already written the lectures for his new British history survey, which he had organized around a conventional political narrative, when Perkin’s “total” history convinced him that he had to throw them all out and begin again from scratch. This intellectual encounter reverberated throughout Heyck’s career: in The Transformation of Intellectual Life, a social history of Victorian intellectuals; in his recruitment of Perkin to Northwestern, where they were colleagues from 1985 to 1997; and in his groundbreaking undergraduate textbook The Peoples of the British Isles: A New History (published in Britain as A History of the Peoples of the British Isles). Informed by Perkin’s analysis, with high politics taking its place within the larger framework of British society, Peoples was also the first textbook in the field to treat Scottish, Welsh, and Irish history as more than ancillary to English history, and the first to focus on the evolution (and devolution) of British national identity. But perhaps the real strength of the book appears in Heyck’s meticulous excavation of those strata where high culture and culture-as-lived-experience meet and social values form.

The excellence of Heyck’s textbook (now in its fourth edition) reflected his passion for undergraduate education. Just one year after he arrived on campus, Heyck chaired the university committee that established Northwestern’s residential college system. Heyck himself served as faculty fellow of the Humanities College from its foundation, and as its master from 1985 to 1989. In 1988, Heyck chaired the 50-member university task force that reviewed every curricular and extracurricular program for undergraduates. The resulting “Heyck Report,” which offered a blueprint for the renovation and transformation of undergraduate life at Northwestern, grew directly from Heyck’s belief that a university is first and foremost an intellectual community. His own commitment to that community was never in doubt, as the Council for the Advancement and Support of Education recognized in 1991 when it named him Illinois Professor of the Year.

Heyck was a devoted and prolific PhD adviser, supervising 19 dissertations. He insisted to his graduate students that “teaching is scholarship,” and—in a career that spanned more than four decades; saw the publication of four books, 16 articles, and 90 reviews; and included terms as college master, department chair, associate dean of the college, president of the Midwestern Conference on British Studies, and member of the editorial board of Albion and the Journal of British Studies—he maintained “the teaching of teachers” to be his most important work. Heyck always made time for his students: almost every meeting was over lunch, and many stretched nearly to dinner. Whenever students appeared at Heyck’s office door, his genuine, enthusiastic welcome—“There she is!”—had the uncanny effect of making them feel as though he had been sitting there all day just waiting to see them.

Heyck retired from Northwestern in 2007, but continued an active life as a historian and public intellectual, championing environmental causes and gun control while working on his cultural history of golf. He battled fiercely against leukemia, before passing away in his Evanston home on September 7, 2014. On November 15, Heyck’s family, friends, colleagues, and students gathered in the Vail Chapel on Northwestern’s campus to pay tribute to his life and career. They remembered a man who possessed a clear moral compass and a sharp sense of humor, who ­delighted in his family, and who somehow always had time to talk.

Bill Heyck is survived by his wife, Denis; his children: Hunter Heyck, chair of the department of the history of science at the University of Oklahoma, and Shannon Heyck-Williams, a public health policy adviser with The Pew Charitable Trusts; and his five grandchildren.