Inside the Meeting: Behind the Scenes with the Hourly Workers

For 96 hours from January 2 to 5 this year, more than 80 student workers in neon-orange T-shirts from programs around the Northeast ensured that all aspects of the AHA annual meeting ran smoothly. Periodically appearing from and disappearing into a hidden corner of the Hilton’s third floor, the graduate students were assigned a very wide range of tasks at the meeting. Regardless of specialization, professional role, or career stage, there was something for each one of us at Americas Hall I. From Mission Control, we found ourselves dispatched to the exhibit hall in the Hilton, to the fifth floor of the Sheraton, or outside to the far reaches of the five boroughs. Wherever our staff ended up, though, they kept the conference on an even keel. 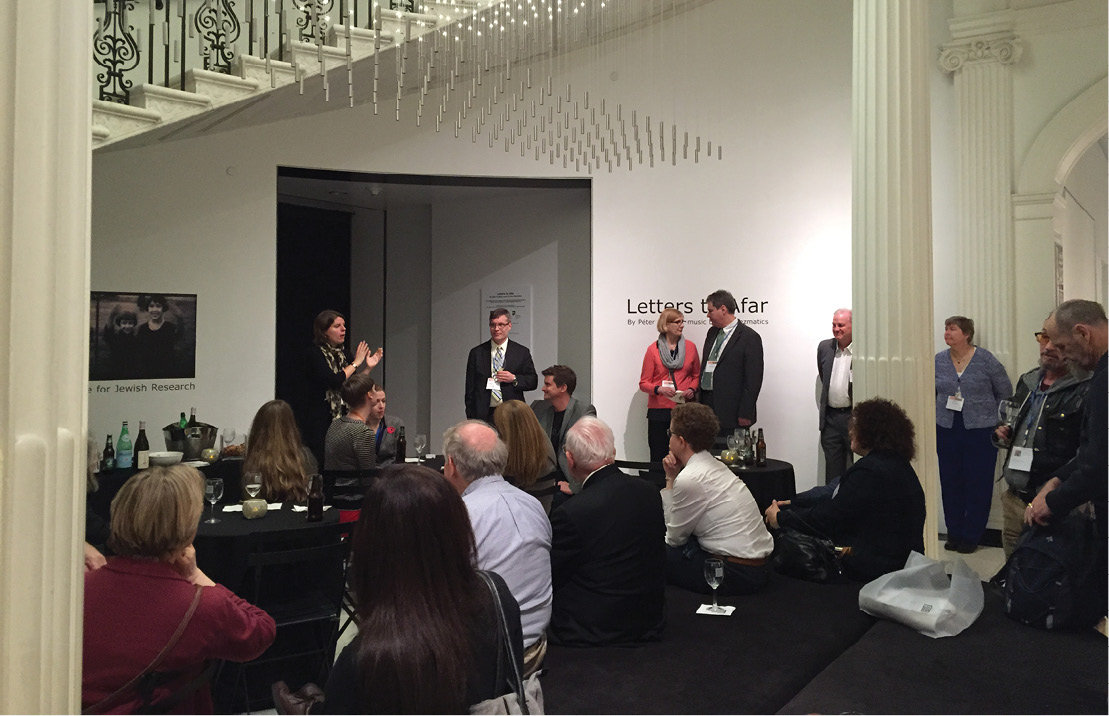 Museum of the City of New York evening reception and exhibition tour.

There were the standard shifts, which included checking that every single AHA panelist on the program had everything he or she requested, from AV to microphones to water on the tables. Student workers also observed every panel to ensure that it was running smoothly and on time, and provided assistance at the exhibit hall, information desks, Job Center, and headquarters. And then there were the unusual shifts. Students assigned to work these shifts took care of everything else that was scheduled at the conference: the business meeting, the receptions, the photography, the workshops and interviews, the film festival, the luncheons and breakfasts, and the tours (see opposite page). Despite a few glitches, inevitable at any meeting of this size, I was able to leave my post to resolve problems, usually of the technological variety, because hourly workers were on top of everything they had to do.

With very rare exceptions, workers were on time, professional, and eager to help in any way they could. But different workers had different takeaways. One worker humorously compared the process of fielding attendees through the massive Friday registration lines to his second job as a Brooklyn bar bouncer; another noted how the position, which on top of compensation also provides free registration, made her ­attendance possible. Money is a tough subject for most graduate students, and this job gave many of us the ­opportunity to attend a conference that would have been financially out of our reach otherwise. Similarly, some workers were from MA programs, others toiling toward a PhD; some were interested in an academic track, others in public history, still others in K–12 education. As we learned how to participate in such a huge professional gathering, ­networking with each other was tremendously helpful. And the free T-shirts were also a pretty good bonus.

Outside the Meeting Hotels: Behind the Scenes with the AHA Tours

First, a confession: I’ve been known to grumble while dodging through tourist-heavy areas of New York City, which includes the stretch of 34th Street between Herald Square and the Graduate Center of the City University of New York, where I attend classes. Whether I am running late for class or musing over a meeting with my adviser, when yet another tourist blocks my path while angling to squeeze the entire Empire State Building into her selfie, I tend to put my head down and my elbows out. Despite all my grousing and muttering, however, I secretly love to host out-of-town friends and colleagues, and I suspect many other New Yorkers do too. It’s a splendid excuse to visit new places and break out of one’s own little orbit of school, work, and home.

The roster of tours assembled by the AHA Local Arrangements Committee was an ambitious one for those who were willing to venture from Midtown—and that was true for many of the LAC staff as well as the visiting participants. Even if New York City is your home turf, you will always have plenty to discover—perhaps a relatively recent addition to the cityscape that you haven’t visited yet, such as Four Freedoms Park on Roosevelt Island. Or you may rediscover an institution that’s changed since you last visited, like the New-York Historical Society or the Tenement Museum. As I watched tours depart and return over the course of the weekend, I confirmed my ­assumption that locals share the pleasure of seeing the city with a visitor’s fresh eyes. We also benefit from being reminded that the academic resources we enjoy, such as New York City’s Municipal Archives and the United Nations archives, are not to be taken for granted! (These two tours were the sold-out sleeper hits of the conference.) And whether you visit familiar or unfamiliar territory, it takes guts to venture out on a two-hour walking tour in early January, especially with the variable weather that we had. Several attendees and hourly workers signed up for multiple excursions, and if it wasn’t 23° and snowing as I write this, I would take off my hat to all the hardy souls who braved the wind and wet (especially Saturday’s punitive “wintry mix”). 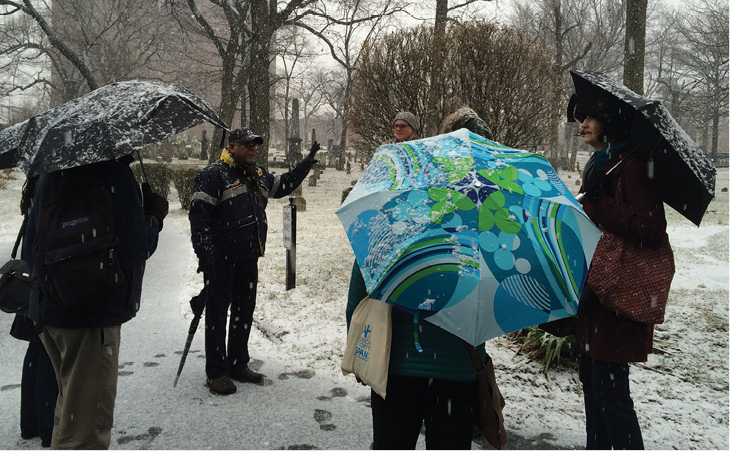 While the weather is beyond our control, there are always a few things that could be improved. For example, the fact that public transportation would be used to reach various destinations (and therefore that the museum/archive tours might entail subway station stairs and several blocks of walking) was not made sufficiently clear to some participants, an issue I hope future program planners will address. And we New Yorkers would do well to remember that the instant we get too cocky and too eager to flaunt our local knowledge, the city is likely to throw a curve ball. I think it will take a while to expunge from memory the exact moment when 21 historians, standing in a drizzle on Madison Avenue, realized that I had grossly overestimated my ability to catch an uptown bus.

Whether we worked at the conference ­locations or on the tours (or as several students did, a combination of the two), a behind-the-scenes view of the AHA provided two major benefits. On the one hand, we saw the scholarly side of the conference as we sat in on panels, walked through the exhibit hall, or interacted with other historians at the receptions. On the other hand, we saw the administrative component and got a taste of the amount of work members of the regular AHA staff do to make an event like this possible every year. For us in particular, this balance between the various components of the conference was a sobering peek into the future. Once we are outside the ­precincts of graduate school, this kind of balancing act will be part of our everyday work lives, not confined to a four-day whirlwind.