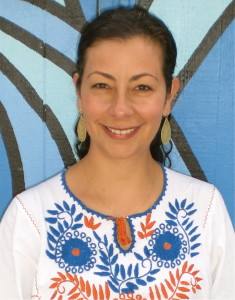 Verónica Martínez-Matsuda is an assistant professor of history at Cornell University, ILR School. She lives in Ithaca, New York, and has been a member since 2009.

As an undergraduate I was determined to earn a degree in marine biology, but after many late nights studying and several failed exams I realized I had to focus on something that came more naturally. My favorite classes at the time were those I was taking to fulfill my history requirement. Had it not been for those great history professors, I may have dropped out of college in my first year. Part of what shaped my passion for US history was the ability to piece together central historical moments through the perspective of everyday people. Considering how my parents’ immigrant story “fit in” to America’s narrative, for instance, really changed my thinking. All of a sudden, the stories I heard around the kitchen table became more meaningful—as it was for many historians, they influenced what I would study for decades to come.

I’m currently finishing my first book, a study of the US Farm Security Administration’s Migratory Labor Camp Program and its role in the lives of migrant farmworker families across the United States during the mid-1930s and 1940s. It’s tentatively titled Building Migrant Citizenship: Race, Rights, and Reform in the US Farm Labor Camp Program. I’m also finishing up a couple of articles. One of them, “For Labor and Democracy: Competing Visions of Migrant Reform under the New Deal,” interweaves the FSA’s concurrent and varied objectives concerning white Dust Bowl “refugees” in California, Japanese American “evacuees” in Oregon and Idaho, and Mexican “guestworkers” in Texas. It demonstrates how at the onset of WWII, the principles of capitalism and democracy collided under the camp program’s contradictory aims to serve growing agribusiness demands while empowering and uplifting American farmworker families. Most recently, I’ve also started collecting materials for my second book project examining the historical role of immigrant flea markets. It is influenced by my mother’s work selling at a “swap meet” in Los Angeles during the time I was coming of age.

After completing my dissertation, I had the wonderful fortune of landing at the ILR School which, because of its interdisciplinary focus, has really reshaped the way I think about my research. I’ve always considered myself a historian interested in labor issues, but I had the sense that I didn’t fit into traditional models in the field because I didn’t study unions or formally organize workers—in fact, most of the people I study were historically excluded from unions and collective bargaining rights. I now have a new appreciation for the diversity in labor studies and I recognize the commitment by working-class scholars to incorporate non-traditional modes of analysis. This has occurred in great part because of the creative ways that low-wage, immigrant and precarious workers have come together to demand improved labor and civil rights. Their organizing tactics, and the new studies in working-class history, have encouraged me to understand the realm of workplace rights as central to the discourse on immigration reform in the United States.

I recently showed a clip of Charlie Chaplin’s Modern Times (1936) in my introductory labor history class and was reminded of how timeless the critique of industrialization is, not to mention the brilliant comedy. The “assembly line” and “food/eating machine” scenes are especially great and offer a fun way to teach about Taylorism. I’d also recommend the Bracero History Archive (a joint project) that has made over 3,000 oral histories, photographs, and documents related to the US-Mexico guestworker program available for use. It’s a rich collection providing access to materials not available in government archives. Finally, I’d encourage my colleagues to visit The Worker Institute webpage to learn more about some of the innovative research, policy proposals, and organizing that’s underway that seeks to improve collective representation and workers’ rights.

I value its ability to be shaped by new perspectives and diverse evidence. I learned to appreciate the historian’s task when I understood that, contrary to popular thinking, history is not based on a set of pre-determined facts and narratives produced only through traditional archives. A historian’s ability to re-interrogate existing evidence, question missing voices and viewpoints, and provide new frameworks and lenses through which to view things, makes teaching and writing history exciting and important.

Initially, it was to meet professional expectations (I joined the first year I entered the job market). Prior to that, I didn’t see my area of research (Chicano History) well represented in the conference panels or the organization’s leadership. I’m happy to see how far we’ve come—the election of Vicki Ruiz as incoming president demonstrates the AHA’s commitment to ethnic and women’s studies in a significant way.

Along with other AHA members, I share a deep concern about the disturbing trend of corporatization of higher education. I served my time as a visiting professor/lecturer under much fairer terms than what exists in most places now. I don’t believe that history can be taught properly under conditions that require poorly paid professors to use multiple-choice exams and other tools limiting dialogue and creative thinking.