Telisha Dionne Bailey is a postdoctoral fellow at the Carter G. Woodson Institute for African American and African Studies at the University of Virginia. Dionne lives in Charlottesville, Virginia, and has been a member since 2015. 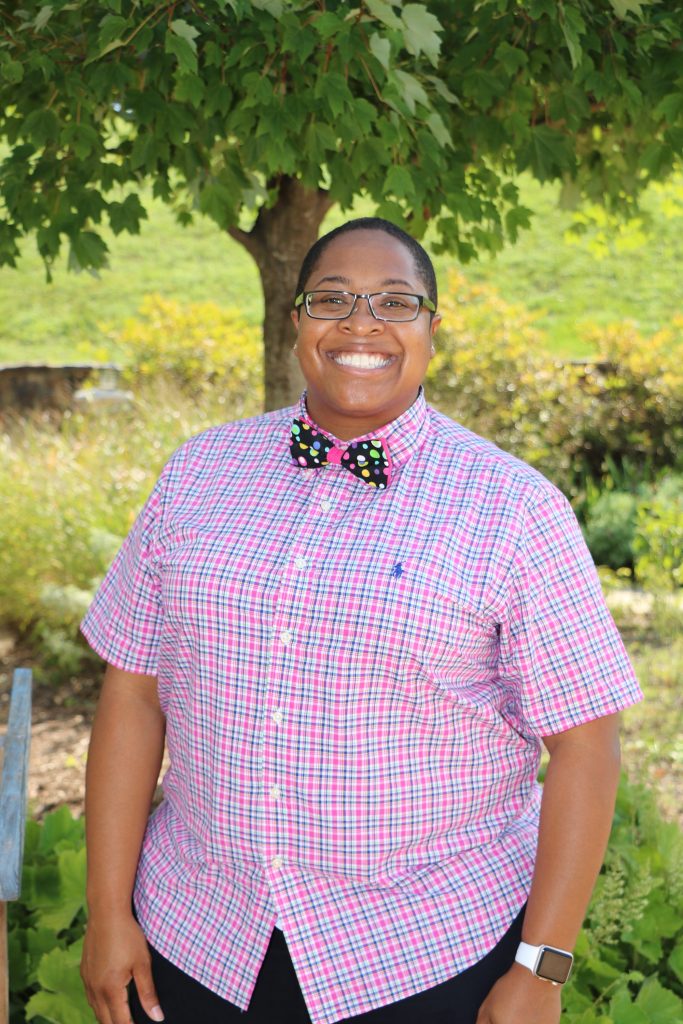 Telisha Dionne Bailey is a postdoctoral fellow at the Carter G. Woodson Institute for African American and African Studies at the University of Virginia.

Describe your career path. What led you to where you are today? My scholarship does not exist without my social activism. My research examines the complex and often overlooked history of the imprisonment of African American women in the South, and more specifically in Mississippi from 1890 to 1980.

My career is twofold. First, growing up in the South, I experienced incarceration firsthand with the incarceration of several close family members who were all women. Second, while I was a graduate student working on an oral history project I interviewed an African American women who expressed that one of the hardest experiences that she ever faced was having to raise a daughter (her granddaughter) while her own daughter served a prison sentence. During that same semester, I read David Oshinsky’s Worse Than Slavery: Parchman Farm and the Ordeal of Jim Crow Injustice, and was really intrigued with Parchman penal farm because women were almost nonexistent in his narrative. I then began to wonder about the hundreds of women who not only served time at Parchman but also were responsible for helping to maintain a system that sought to criminalize and destroy black men and women.

What do you like the most about where you live and work? I really enjoy the community that I have at the Woodson Institute. Everyone is working on such wonderful projects and it is great to be a part of such forward moving scholarship.

What projects are you currently working on? I currently have an article under review on prison work/labor and I am working on my first book manuscript tentatively titled Daughters of Jane Crow’s Injustice: African American Women, Mass Incarceration, and the Business of Black Women’s Bodies in the American South, 1890–1980.

Have your interests evolved since graduation? If so, how? Yes. My interests now include young women of color, the school-to-prison pipeline, as well as gender and sexuality within the carceral state.

What’s the most fascinating thing you’ve ever found at the archives or while doing research? I learned about a young nine-year-old girl who, at the time of her sentencing, was the youngest person in Mississippi to be convicted of manslaughter and sentenced to ten years of hard labor at Parchman penitentiary. Interestingly, I found her when I read several pardon requests written to the governor on her behalf. Both men were emphatic that her “labor” in their homes would benefit both them and the state. The men were only interested in her labor and physical body and never even considered or cared about the injustice that she had endured while incarcerated.

Is there an article, book, movie, blog etc. that you could recommend to fellow AHA members? Yes, there are several.

What do you value most about the history discipline? I value that I have the space to help push the discipline forward.

Do you have a favorite AHA annual meeting anecdote you would like to share? I once shared a plate of food in the lobby of the conference hotel with what I consider a “famous” groundbreaking historian. I was so nervous around her that I actually knocked over her drink. Without any hesitation, she helped me clean up the mess that I had made, ordered food, and encouraged me to share the plate with her. She even ordered me another drink. We then talked for almost two hours about my research, life goals, and future plans. She broke the myth of her being one of the “untouchables” and she made my few days more memorable than I could have ever imagined.