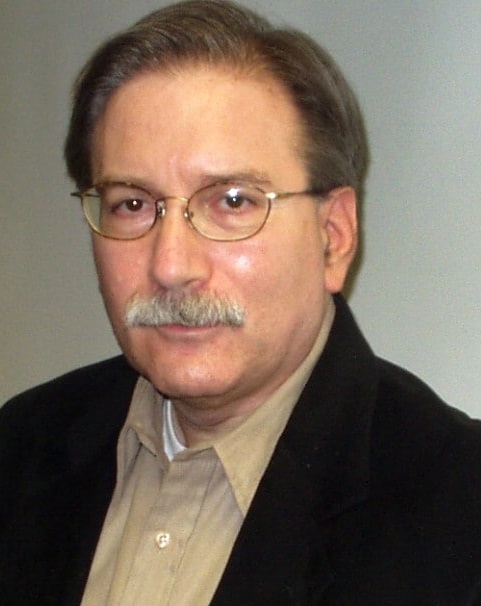 Arnold Hirsch, professor emeritus at the University of New Orleans (UNO), passed away after a long struggle with Parkinson’s disease at his home in Chicago on March 19, 2018.

Hirsch spent his entire academic career at UNO. Hired in 1979, he gained quick promotions with his pathbreaking research and great productivity. He served as chair of the department, was appointed University Research Professor in 1997, and was installed as the new Herman L. Midlo Endowed Chair in 2000. He also directed the Midlo Center for New Orleans Studies. Hirsch served as a visiting professor at the University of Michigan and Harvard University. He was a much-sought-after public intellectual and regularly commented in the national media on race and the American city, particularly after Hurricane Katrina.

Hirsch is remembered by his many students and colleagues at UNO for his collegiality and legendary dry wit. UNO historian John Fitzmorris III remarked, “A professor who invoked Mel Brooks was one to be cherished.” One of his former students, Loyola University historian Eric Hardy, commented on Hirsch’s great generosity and noted, “He was patient, encouraging, and practical, particularly when reminding his advisees about the goals and strategies of conducting research, what he called the ‘detective work.’” Professor emeritus Warren Billings praised his unfailing collegiality: “He quickly established himself as a popular teacher and a diligent departmental citizen.”

Hirsch was a Chicagoan through and through—he was born and raised there. He earned all of his degrees at the University of Illinois at Chicago. He wrote his dissertation under the direction of Gilbert Osofsky and Robert Remini; in 1983, it became The Making of the Second Ghetto: Race and Housing in Chicago, 1940–1960. The University of Chicago Press reissued this seminal book in 1998.

The Making of the Second Ghetto is justly seen as a classic in American urban history. Thomas J. Sugrue, now a leader in urban history at New York University, met Hirsch as a graduate student at Harvard, when Hirsch was a guest professor there. In a warm tribute to Hirsch, he noted that this book was groundbreaking in its analysis of the societal and institutional forces that produced racial segregation in Chicago’s housing. Hirsch’s research agenda was sparked by his personal experience with the Chicago riots following the assassination of Martin Luther King Jr. in 1968. Ta-Nehisi Coates, national correspondent for The Atlantic, concluded in a tribute to Hirsch: “If you want to understand modern Chicago, you can’t do without Hirsch’s work.”

Hirsch continued to engage Chicago’s urban politics and ethnic history throughout his academic career, contributing key entries to the Encyclopedia of Chicago as well as chapters on Mayor Martin Kennelly as a “mugwump” in the Chicago machine in The Mayors (1987) and “The Cook County Democratic Organization and the Dilemma of Race” in Snowbelt Cities (1990). He also engaged the literature on whiteness in immigration discourses in “E Pluribus Duo? Thoughts on ‘Whiteness’ and Chicago’s ‘New’ Immigration as a Transient Third Tier,” in a prizewinning article in the Journal of American Ethnic History.

Spending his academic life in New Orleans, Hirsch applied his lessons about the politics of race and segregation from Chicago to the Crescent City. With his colleague and mentor at UNO Joseph Logsdon (himself a Chicagoan), he co-edited another classic in urban history: Creole New Orleans: Race and Americanization (1992). With his essay “Harold and Dutch: A Comparative Look at the First Black Mayors of Chicago and New Orleans” (1997), he presented initial work on a book about “Dutch” Morial, the first black mayor of New Orleans, a project his health did not allow him to finish. Experiencing Hurricane Katrina in 2005, he contributed to a special issue in the Journal of American History (2007) the key essay “Fade to Black: Hurricane Katrina and the Disappearance of Creole New Orleans.”

Arnold Hirsch’s work on race relations and housing segregation in American cities after World War II defined the field and played a seminal role in urban history. Chicago and New Orleans were his premier “laboratories,” but his work echoes far beyond these two cities.