Historians in Training: Interning at an Academic Journal

Last year I spent some time in Paris conducting archival research for my dissertation and working as an assistant editor for Clio, Femmes, Genre, Histoire, the French leading academic journal on the history of women and gender. Together, these two experiences provided me with an opportunity to apply skills acquired in graduate school to new work environments and develop new ones, and to experience working outside academia while remaining actively engaged with the historical literature in my field of expertise. 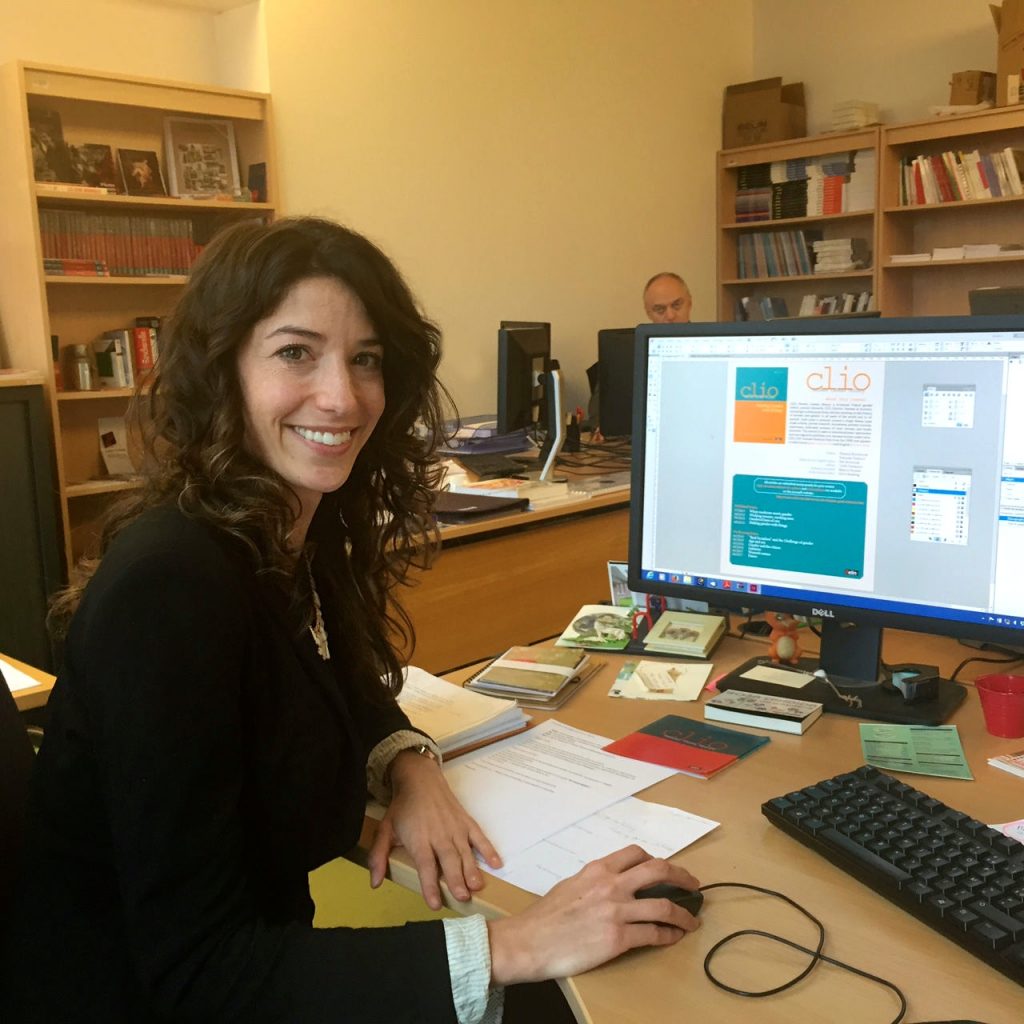 Caroline Séquin at her desk in the offices of Clio, Femmes, Genre, Histoire.

I first came upon the idea of gaining some work experience while completing archival work abroad as I was reaching ABD status at the University of Chicago and getting ready to leave my somewhat stressful and busy routine. Although I was excited at the prospect of starting this new phase of the PhD and uncovering a story that remains to this day mostly unwritten—that of prostitution in the 19th- and 20th-century urban French Atlantic—I feared the loneliness and potential monotony of digging into piles of archival records over an extended period of time.

The newly minted Making History Work initiative at the University of Chicago, sponsored by the Mellon Foundation and directed by the AHA’s Career Diversity for Historians initiative, offered the opportunity to two graduate students to intern at a workplace of their choosing and in the process gain exposure to a job outside academia. In my application I proposed to follow the work of an editorial secretary working at an academic journal that I frequently referenced while working on my own research project and while developing a field of expertise around women’s and gender history.

My presence at Clio coincided with the preparation of the French issue 43, which focuses on gender and citizenship, and the English translation of issue 42 on age and sexuality. The first two months were particularly enriching. I quickly realized how little I knew about the print publishing industry, the challenges it faces in a world where digital information has become the norm, and the various steps it takes to create an issue—from conceptualizing a generative theme to producing and disseminating the paper and electronic versions of the finished issue.

While the process of producing a journal issue—from sending a call for papers to its publication—takes about two years, I witnessed and contributed to the phase when the role of the editorial secretary becomes central, once she receives the articles’ final version after several rounds between the author and the editor. I supported the editorial secretary in editing and proofreading articles, as well as in making stylistic, structural, and grammatical corrections as needed. I also checked and updated bibliographical references, honing my knowledge of French bibliographical norms and typographic syntax along the way. Finally, I learned how to manage the journal’s website, including uploading new material.

Completing these various tasks required applying skills I had acquired in graduate school as well as developing new ones. Perhaps the trickiest one was to adjust how I read and revised articles; my goal no longer was, as in grad school, to read and critique an article for its content—which was the role of editors—but for its form. Although making sure that the text was aesthetically pleasing and that it conformed to a set of established norms felt a bit reductive at times, this exercise nonetheless taught me some small tricks about text formatting, footnotes, and bibliography that I will certainly reuse when writing my dissertation and grants.

More significant were my linguistic skills that came in handy and helped address some of the journal’s pressing needs. In 2012, Clio received a four-year-long grant from the Centre National de la Recherche Scientifique (CNRS) to publish both its print and electronic versions in English. While the journal hired professional translators to translate articles, many tasks still required proficiency in English. This is where my linguistic skills kicked in. As a French native speaker who also speaks English fluently, I was in charge of promoting and communicating information about Clio to an English-speaking academic audience. I received training to use sophisticated design software in order to create promotional flyers in English; I sent inquiries to Franco-American institutions about potential funding options in order to continue the English translation of Clio after the expiration of the CNRS funding; and last but certainly not least, I undertook to improve article abstracts written in English for the first 28 issues—a task that ended up being daunting, as I soon realized that most abstracts needed not simply to be revised, but rewritten altogether.

These responsibilities helped me solidify several of the key skills graduate students need to develop in order to be successful in their future careers, whether within or beyond academia. I sharpened my digital literacy through the use of software and manipulation of the journal’s website; I learned to communicate in a variety of media to various audiences; and I gained intellectual self-confidence—translating had never been my forte before then, but revising hundreds of abstracts taught me to reformulate, clarify, and adapt someone else’s ideas from French into English to the point where I felt comfortable and satisfied with my work.

By far the highlight of my internship was being part of one of the editorial board’s meetings. All 17 professors, the two journal’s founders, and the editorial secretary meet three times a year to plan and discuss forthcoming issues. During this intense two-day process, they share their feedback and discuss submitted articles for review for the next issue and identify key concepts or themes around which future issues will center. Being a part of this experience made me realize how intellectual work can be collaborative—yet another crucial, and perhaps the most overlooked, skill that scholars need to develop. On a more tangible level, it provided me with the invaluable opportunity to meet some leading French scholars in the study of gender and women’s history, to discuss my work in progress, and to solicit advice about the ins-and-outs of French archives.

What I take away from this four-month experience is that there are many ways to actively engage with scholarly literature besides being a researcher. Interning for an academic journal made me realize that rather than chasing a specific job upon finishing graduate school, I should keep an open mind and pursue opportunities that will make me strive and grow, both intellectually as well as personally. Whether that means working as a professor or outside of academia, only time will tell.

Caroline Séquin is a PhD candidate in modern European history at the University of Chicago. Her dissertation explores the linkages between prostitution, racial politics, and colonialism in three French Atlantic port cities (Fort-de-France, Dakar, and Bordeaux) in the 19th and 20th centuries.

The AHA’s Career Diversity for Historians initiative seeks to better prepare graduate students and early career historians for a range of career options, within and beyond the academy. “Historians in Training” features graduate students working in diverse settings and exploring career prospects along the way.