Charles Hubbard is a social science research assistant affiliated with Portland State University’s Department of Economics. He lives in Beaverton, Oregon, and has been a member since 2013. 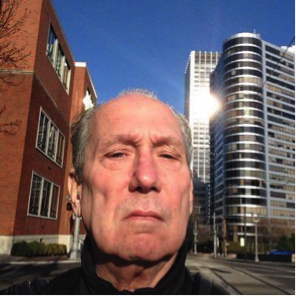 Describe your career path. What led you to where you are today? I graduated from Portland State into the role of social science research assistant to assemble materials for a project with its Department of Economics. As I move from general themes to specific ideas I would like to use and present the materials in my graduate work. I find a book idea appealing as I am interested in the Social Historian MA offered at Portland State.

What do you like the most about where you live and work? After moving to Beaverton, I have found what I like the most about the Portland area is how diverse communities like Oregon Health and Science University, Intel, and Nike have created demand for its infrastructure and have guided its development.

What projects are you currently working on? I am currently working on the topic of Frederick Engels for a definitive guide to his life. It will look into the complexities of political subdivisions in developing city, county, and state historical perspectives around 1836. In this role, I expect to find and record change fostered by simultaneous institutional and comparative economic pressures in American and Prussian cities at the onset of industrialization.

Have your interests evolved since graduation? If so, how? My interests have evolved from theory into belief. I find extraordinary the visual proof of how corporate ownership of its material equipment exercises a discretionary control over conditions of employment by how communities in this area are developing. Not only as institutional hegemonies take control of the community’s productive power but also by how faith and religious based institutions influence its usufruct.

What’s the most fascinating thing you’ve ever found at the archives or while doing research? A professor in economics at Portland State University, John B. Hall, caught my attention while suggesting that Karl Marx offered to save mankind couched in a system solution to our misery, which would eliminate capitalism. As I developed research notes from Sir Isaiah Berlin’s book on Karl Marx they pointed to certain patterns I found fascinating. Such as, Marx’s political goal in any given situation would operate for or against the laboring class. Or, Marx would rely on the loss of faith in the power of mankind to achieve its own liberation. In addition, after Marx’s death, his closest collaborator, Frederick Engels, wrote that Marx’s task in life was to contribute one way or another to upset capitalist society.

Is there an article, book, movie, blog etc. that you could recommend to fellow AHA members? I would recommend The Great Crash 1929 by John Kenneth Galbraith as a perspective of privilege—especially if you were holding shares of some of the stocks mentioned in it at the onset of the crash.

What do you value most about the history discipline? In a universities studies context of interpreting the past, I have found the history discipline valuable as it fosters the skill to analyze primary historical documents and secondary materials to determine the degree they are in agreement. In an undergraduate role of generating reports, it was necessary to analyze and evaluate economic and social data and often apply certain economic principles and trends. To understand how to accomplish these goals it was necessary to interpret maps, charts, and tables for applied analysis of the research, which I believe are skills acquired through applying the discipline coursework.

Why is membership in the AHA important to you? I originally ordered the publications and services because, as an undergraduate, I wanted to be aware of what others were doing. Now, it is the ability to connect with similar others, and the AHA is certainly offering that.