A Message from the National Humanities Alliance: Yes, Your E-mails to Congress Matter

Editor’s note: The National Humanities Alliance (NHA) is a coalition of organizations dedicated to advancing the humanities in all areas of American education and life. Its more than 170 member organizations include scholarly, professional, and educational associations, colleges and universities, humanities research centers, museums, libraries, historical societies, and state humanities councils. The AHA is a longtime member of the NHA and is the only historical association represented on the alliance’s board of directors. Participating in the NHA is a crucial aspect of the AHA’s advocacy for government programs that are important to our members. This article provides insight into the “action alerts” we occasionally send our members and shows how vital your e-mails are in the legislative process. 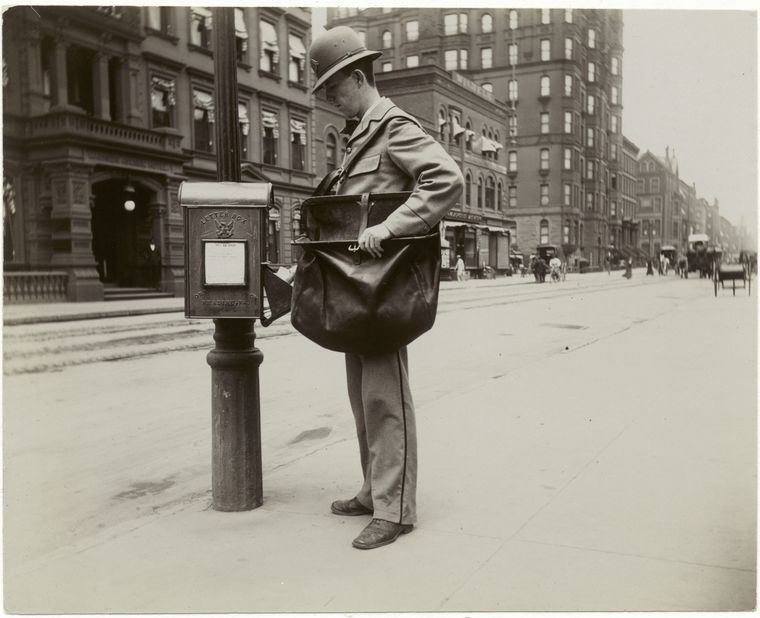 We have all become familiar with urgent requests in our inboxes and social media feeds to write our members of Congress about an important issue. With a few clicks, these “action alerts” promise, we can influence our senators and representatives. Once we enter our zip code, we see a form letter replete with policy details and a specific request. We have the option to tailor the letter, but we can also simply hit “submit.”

Like other advocacy organizations, the National Humanities Alliance (NHA) issues action alerts to our network of advocates. Most often, we ask our advocates to communicate support for funding increases—or opposition to cuts—for the National Endowment for the Humanities, Title VI, or Fulbright-Hays.

While advocacy software has made political advocacy exceedingly convenient, you may wonder if these letters actually matter. The short answer is yes, they do. Constituent letters are very effective when used as one element of a larger strategy.

What Happens to Your Messages?

After we send an action alert and advocates respond, congressional offices typically tabulate letters by topic as they receive them. When the number of letters reaches a certain level, a staff person is assigned to research the issue, write a memo, gauge the legislator’s level of support, and draft a response to constituents who have written. Cumulatively, these letters raise the profile of an issue above the hundreds of other issues being simultaneously debated and help to ensure that it receives attention from policy makers.

Given this process, it is better not to customize the preloaded message, since this can prevent your message from being tabulated with the rest of the letters. While personal stories can be persuasive, action alert messages are not a good format for highlighting those stories because these letters generally receive only the amount of attention that it takes to sort it into a category, a task that is increasingly being done by computer programs. Meetings with members of Congress or their staff, phone calls to their offices, or testimony on Capitol Hill are typically better avenues for more personal messages.

Letters raise the profile of an issue above the hundreds of others being debated and help to ensure that it receives attention from policy makers.

How Do These Messages Help Us Persuade Congress?

As advocates send messages, we meet in person with the offices of members of Congress who serve on the relevant committees. The letters you send through an action alert are critical to the success of these meetings in two ways. First, since your letters may have prompted a staff member to write a memo on the issue, the staff member with whom we meet is more likely to be knowledgeable about the issue. Second, the high volume of mail received will have demonstrated that constituents agree with our stance on the issue, adding the weight of constituent opinion to our meeting. While we can ask for support from members of Congress in the meetings, whether they view the issue as important enough to act generally depends on the impact the programs have in the district and what their constituents have to say about that impact.

For example, in 2015, the Senate Appropriations Committee approved legislation that would cut the Department of Education’s international education programs, Title VI and Fulbright-Hays, by 35 percent. Alarmed by this cut, we issued an action alert, and advocates sent more than 14,000 letters to members of Congress. The volume of letters was certainly noticed on the Hill, as many senators received hundreds of letters.

We then worked with college and university government-relations offices and deans to make high-level contacts with offices and set up meetings with many influential congressional offices. When we met with staffers in Senator Mark Kirk’s office, for example, we were able to report that they had received 252 letters from constituents. Sen. Kirk ultimately played an important role in encouraging other Republicans to restore funding. Meetings like these were successful because we could credibly point to how much constituents cared about the issue. When a final omnibus appropriations package was negotiated, Title VI and Fulbright-Hays were funded at the same level as in fiscal year 2015. This strategy would not have worked without the thousands of advocates who answered our action alert.

If you are not yet on our list to receive action alerts, please consider adding your name now. The next time messages to Congress promise to sway debate, we will let you know. And we hope you will also pass on word to friends and colleagues. We, in turn, will make sure to reiterate to members of Congress that their constituents support the humanities. In consideration of your time, we will only send action alerts when we believe your voices can make a difference. You can help the humanities at the national level.