Usha Sanyal is an independent scholar and adjunct instructor at Queens University of Charlotte. She lives in Charlotte, North Carolina, and has been a member since 2010. 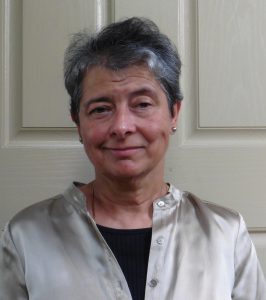 Usha Sanyal is an independent scholar and adjunct instructor at Queens University of Charlotte.

Describe your career path. What led you to where you are today? Like many other history PhDs of my generation, I have had to chart a path outside the coveted tenure-track teaching career. After a one-year postdoc at Princeton University and a short-term teaching position in Western Washington University, I taught as an adjunct at Rutgers University before moving to Charlotte, North Carolina, in 1996 on account of my husband’s career. Since then I have taught at UNC Charlotte and elsewhere in North Carolina. I also freelance as a copy editor for NYU Press, working on social science manuscripts from home. In addition, I have been able to engage in research as an independent scholar thanks, most recently, to a short-term senior fellowship from the American Institute of Indian Studies (AIIS) in 2012–13.

Have your interests evolved since graduation? If so, how? Over the years, my research has become more interdisciplinary. While my PhD research was based on late 19th- and early 20th-century religious writings in Urdu, largely held in private collections in Pakistan and India rather than library archives (though I did find some valuable materials in Indian libraries as well), my more recent work complements this approach with anthropological field work.

What projects are you currently working on? My current project is a study of South Asian Muslim women’s religious education in two settings: a girls’ seminary (madrasa) in a small north Indian town, and an online Quran class for South Asian diasporan women. The residential madrasa caters to teenage girls from working class and poor families whose parents are minimally educated, while students of the online class are middle class and many have university and professional degrees and jobs, are married, and have children.

The questions that interest me include: What motivates these students to undertake arduous religious study for several years? How does the content of their educations reflect ideological differences between adherents of different Sunni Muslim schools of thought? How does the girls’ and women’s education affect family relations? What might be the long-term impact of increasing numbers of South Asian Muslim girls and women acquiring religious knowledge that is still largely a male preserve? In order to gather the material for this research, since 2012 I have made several short overnight stays at the seminary for periods ranging from a few days to a few weeks, attending classes and talking to students and administrators. I also attended an online Quran class as a regular student from 2009 to 2013, learning the Quran in the original Arabic with English translation and exegesis.

This is an interesting time to be working on Muslim women, given the current Islamophobic climate around the world. I hope my work contributes in a small way toward countering this trend by shedding light on the lives and aspirations of Muslims I have come to know over the course of several years, in very different contexts.

Why is membership in the AHA important to you? My membership of the AHA and AAS, and informal participation in academic study circles has been a vital means of intellectual support, without which I could not continue to think and write about the issues that interest me.