Edward Carson is a high school history teacher at the Brooks School. He lives in North Andover, Massachusetts, and has been a member since 2006. 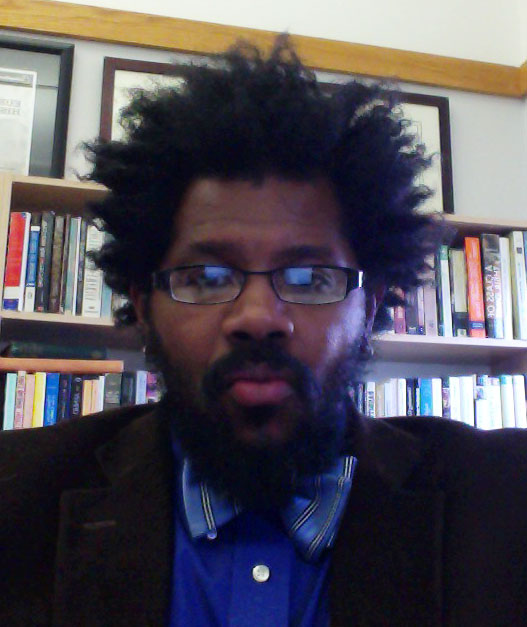 Edward Carson is a high school history teacher at the Brooks School. He lives in North Andover, Massachusetts, and has been a member since 2006.

Describe your career path. What led you to where you are today? It was apparent when I finished high school and contemplated my undergraduate studies that I would delve into a field that gave me space to address the problem of the 20th century, which W.E.B. Du Bois called the color line. His prophetic reality was pervasive growing up in the Deep South of Montgomery, Alabama. In an effort to address the inequalities and racial dynamics of systematic racism, which are pervasive in a capitalist society, I sought to study history and literature in a normative fashion to challenge both my peers and colleagues to take action and avoid the sins of complacency and gradualism.

What do you like the most about where you live and work? As a residential member in the history department, I live and work in the same space. I have been in situations where class discussion were so intense, I found myself walking from the office to my campus home still engaged with a group of students about what transpired in class. My home is a frequent place for students and student groups to discuss social justice matters. As the faculty advisor to Amnesty International and past advisor to our Gender-Sexuality Alliance, my wife and I have always encouraged students to gather in our home. It is the norm for students to spend time there, while studying or coming by to play with Cooper, my cat, or my beautiful dog, Abbey. Having a residency on campus allows me to further my teaching goals beyond the seminar table.

What projects are you currently working on? I recently published a historical thinking skills text to compliment other traditional secondary and primary source textbooks. My current working manuscript, W.E.B. Du Bois’s Editorial Influence on Western Negro Migration, looks at the extent to which Du Bois took aim at the nature of Negroes and western phenomena; his publishing of art, ads, and articles in the Crisis reflect not only the concerns of black America, but also how Du Bois influenced readers to think about their plight via his response to the West. I am responding to the gap concerning Du Bois’s editorial reflection of western states and its impending impact on blacks. A careful review of articles published in the Crisis from 1911 until Du Bois’s resignation in 1934 and upon his return is being explored.

Have your interests evolved since graduation? If so, how? Yes—absolutely. I have taken on more and more work in my teaching, writing, and research that explore the relationship between religion, communist ideology, and race. It has been an exciting endeavor.

What’s the most fascinating thing you’ve ever found at the archives or while doing research? I have found the love letters between Shirley Graham Du Bois and W.E.B. to reflect an intense emotional connection. While Du Bois was still in his first marriage, he engaged in a long-time affair with Shirley Graham—one that reflected both an emotional bond and intellectual connection.

Is there an article, book, movie, blog etc. that you could recommend to fellow AHA members? I recently read and wrote a review of Bill Mullen’s Un-American, a work that examines the later years of Du Bois; it is a fascinating piece as you observe Du Bois’s transformation to a more radical status. Very few works have approached Du Bois in this way.

What do you value most about the history discipline? The field guides my morality; I get to have a job that demands I read, reflect, and ponder the sins and immoral actions of human beings. But I also learn about the moral tales of conviction by those who seemed weak, yet found courage to challenge homophobia, white supremacy, classism, and sexism. This is what I challenge my students to address everyday.

Why is membership in the AHA important to you? As a historian who teaches at a residential high school, I do not always get to network and discuss the richness of my field. The AHA allows me to ask questions, get feedback on my work, and discuss my passion for the profession in many ways.

Do you have a favorite AHA annual meeting anecdote you would like to share? In 2008 I traveled to the annual meeting in Washington, DC. A colleague and friend of mine stayed at a former student’s apartment. We elected to walk to the conference hotel daily—which left us both miserably sick due to the extreme cold temperatures that year.