UPDATE: The new deadline for this seminar is 9/15

The Institute for Constitutional History is pleased to announce another seminar for advanced graduate students and junior faculty: Thomas Jefferson’s Democratic Constitutionalism. This seminar will survey Thomas Jefferson’s career as a lawyer, statesman, and political and constitutional theorist. We will explore Jefferson’s thought about provincial and state as well as imperial and federal constitutions, with a particular focus on his evolving conceptions of natural rights and justice, citizenship, property rights, and slavery. Assigned readings in primary documents will illuminate his collaboration and quarrels with fellow founders, including James Madison, Alexander Hamilton, and John Marshall; selected secondary sources will introduce participants to the legal and constitutional history of the early American Republic. 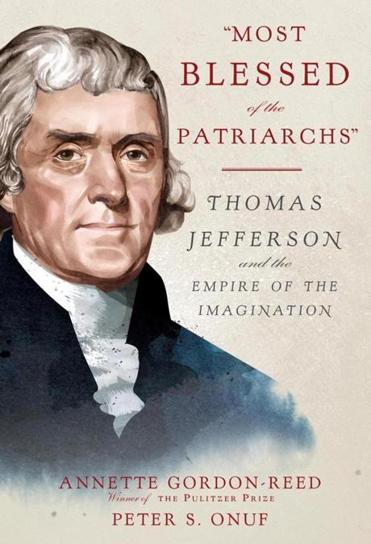 Annette Gordon-Reed is the Charles Warren Professor of American Legal History at Harvard Law School, a professor of history in the Faculty of Arts and Sciences at Harvard University, and the Carol K. Pforzheimer Professor at the Radcliffe Institute for Advanced Study and formerly the Harold Vyvyan Harmsworth Visiting Professor of American History at the Queen’s College, University of Oxford (2014–15). Gordon-Reed won the Pulitzer Prize in History in 2009 for The Hemingses of Monticello: An American Family (WW Norton, 2009), a subject she had previously written about in Thomas Jefferson and Sally Hemings: An American Controversy (Univ. Press of Virginia, 1997). She is also the author of Andrew Johnson (Times Books/Henry Holt, 2010). Her most recently published book (with Peter S. Onuf) is “Most Blessed of the Patriarchs”: Thomas Jefferson and the Empire of the Imagination (Liveright Publishing, 2016). Her honors include a fellowship from the Dorothy and Lewis B. Cullman Center for Scholars and Writers at the New York Public Library, a Guggenheim Fellowship in the humanities, a MacArthur Fellowship, the National Humanities Medal, the National Book Award, and the Woman of Power & Influence Award from the National Organization for Women in New York City. Gordon-Reed was elected a fellow of the American Academy of Arts and Sciences in 2011 and is a member of the academy’s Commission on the Humanities and Social Sciences.

Peter S. Onuf is the Thomas Jefferson Foundation Professor of History emeritus at the University of Virginia and senior research fellow at the Robert H. Smith International Center for Jefferson Studies (Monticello). A specialist in the history of the early American Republic, Onuf was educated at Johns Hopkins University, where he received his AB in 1967 and PhD in 1973, and has taught at Columbia University, Worcester Polytechnic Institute, and Southern Methodist University before coming to Virginia in 1990. In 2008–09 Onuf was Harmsworth Professor of American History at the University of Oxford. His recent work on Thomas Jefferson’s political thought, culminating in Jefferson’s Empire: The Language of American Nationhood (Univ. Press of Virginia, 2000) and The Mind of Thomas Jefferson (2007, also Virginia), grows out of earlier studies on the history of American federalism, foreign policy, and political economy. With Ed Ayers, president emeritus of University of Richmond, and their Virginia colleague Brian Balogh, Onuf is co-host of the radio program Backstory with the American History Guys.

Logistics
The dates the seminar will meet are September 30, October 14, October 21, and November 11; Fridays from 1–4 pm. The seminar will be held at the New-York Historical Society, 170 Central Park West, New York City.

Application Process
The seminar is designed for graduate students and junior faculty in history, political science, law, and related disciplines. All participants will be expected to complete the assigned readings and participate in seminar discussions. Although the institute cannot offer academic credit directly for the seminar, students may be able to earn graduate credit through their home departments by completing an independent research project in conjunction with the seminar. Please consult with your advisor and/or director of graduate studies about these possibilities. Space is limited, so applicants should send a copy of their CV and a short statement on how this seminar will be useful to them in their research, teaching, or professional development. Materials will be accepted only by e-mail at MMarcus@nyhistory.org until June 15, 2016. Successful applicants will be notified soon thereafter. For further information, please contact Maeva Marcus at (202) 994-6562 or send an e-mail to MMarcus@nyhistory.org.

Additional Information
There is no tuition or other charge for this seminar, though participants will be expected to acquire the assigned books on their own.

About ICH
The Institute for Constitutional History (ICH) is the nation’s premier institute dedicated to ensuring that future generations of Americans understand the substance and historical development of the US Constitution. Located at the New-York Historical Society and the George Washington University Law School, the institute is co-sponsored by the American Historical Association, the Organization of American Historians, and the American Political Science Association. The Association of American Law Schools is a cooperating entity. ICH prepares junior scholars and college instructors to convey to their readers and students the important role the Constitution has played in shaping American society. ICH also provides a national forum for the preparation and dissemination of humanistic, interdisciplinary scholarship on American constitutional history.