Not by Numbers Alone 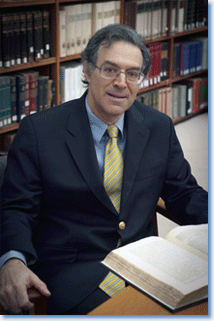 One of the odder intersections of politics and academic life in this last election season was the controversy between data aggregators (such as Nate Silver, Sam Wang, and others), who were quite certain by late October that the election would be good for Democrats, and various (mostly Republican) commentators whose contacts, intuitions, and other "soft" sources said the opposite. Most historians, I suspect, were with the number crunchers on this one, even before election night proved them right: they had the accessible data and relatively transparent methods, and historians are a pretty empirically minded bunch. Besides, seeing politically influential people assume that unwelcome research results must reflect bias, and ridicule work because it was sophisticated, was probably enough to irritate almost any scholar.

And yet … there was something in the "revenge of the nerds" triumphalism following the election that made me uncomfortable as a historian—even as a historian who has done a fair amount of number-crunching. That the conflict was sometimes framed as one between "scientists" and "pundits" in general—rather than a specific subgroup of commentators—made matters worse, as it left the boundaries of the discredited group vague and potentially elastic.

Most historians, after all, spend a lot of time doing something that at least superficially resembles what news commentators say they do. That is, we sift a lot of contextual clues trying to understand what incomplete, possibly unrepresentative, scraps of evidence tell us about how people thought or felt, what was and was not possible for them, and why they did what they did; we hope to make intelligible the aggregate effects of many often-idiosyncratic choices; and we claim that having done this a lot means that we know, in some hard-to-define way, which sources to trust about which subjects. Especially for people who noticed the controversy without really focusing on it, historians might seem to be among those condemned to "dinosaur" status. Consequently, this episode is worth using to reflect on why what historians do is neither just punditry without the added pressure (and excuse) of tight deadlines, nor an inferior, pre-scientific, rival to the kind of social science vindicated on November 6.

Of course, many historians also use statistical tools—when we can. But most of the time, our sources and our questions don't allow that—and we rarely respond by giving up those questions. In fact, though there are plenty of questions about the past that can be answered with statistical methods, probably few of us would be satisfied with a history limited to such questions. A historian might pay attention to, for example, falling birth rates in certain societies, and how that chronology maps on to the timeline of, say, urbanization; but the data alone won't tell us how and why people made the choices behind the numbers, and reveals even less about the ideas of those who said this proved that urban life was unnatural.

Prediction, historians know, is not the same as understanding (though it may play it on TV). I know exactly what will happen when I hit the green key on a ringing cell phone, but very little about why. Further, if the call is from an old friend, I may be pretty familiar with how he or she thinks in general, but will have no idea what the call is about. For election analysis, we might say that the model-builder needs to know how many points incumbency is worth in a typical campaign, but the interesting historical question is why that answer is X rather than X plus five or X minus five—and for that, statistics will be helpful but insufficient, since correlation is not causation. Most people would probably agree on some level that the "why" is generally a more meaningful form of knowledge than the numbers themselves, but the predictors still have an advantage: a casual observer can immediately see how their products are verifiable and useful. Historians have a harder time convincing audiences that the same holds true for what we offer. To make that point more forcefully, it may help to emphasize how even purely qualitative history is much more than an extended commentary on yesterday's news.

In two chapters of Historical Thinking and Other Unnatural Acts, Sam Wineburg (a professor of education and history at Stanford University) describes giving a set of documents about and by Abraham Lincoln to college students with various majors, and to a group of working historians, including some in fields so remote from the U.S. Civil War that they probably knew little more about it than some of the stronger students. In their written and verbal comments, the historians exhibited of a particular way of reading. They noted seeming contradictions in the texts (for example, places where Lincoln seems to say that slavery is unacceptable and places where he seems to accept it) and went back and forth repeatedly among the documents, trying to figure out what they were missing about Lincoln's world that would make sense of his statements.

In contrast, most of the nonhistorians—including some very smart people—closed the window of contradiction much more quickly: either they rendered figures from the 1850s in contemporary terms ( "racist," for instance), took for granted that apparent contradictions were real (that is, that the author of two seemingly inconsistent statements was confused), or used supposedly trans-historical behavioral truths to make the contradiction easily explicable (e.g., Lincoln was a politician, and so told different sets of voters whatever they wanted to hear). Wineburg describes one historian's reading in some detail; he was not an expert on Lincoln, and wrote numerous comments on the documents indicating uncertainty, but eventually wound up with a particularly deep, expert-like understanding of Lincoln's ideas. In short, he did what most historians try to do and to teach others to do—something which goes beyond "putting X in historical context," because it requires admitting that we start with an inadequate understanding of the context, and need to feel confused for a while before we can "get it right."

This is a luxury that even the best pundit—who keeps customers coming back by delivering a neatly packaged "understanding beyond the headlines" within just a few minutes or column-inches—does not have, and it represents part of the value of our work that we should promote more strongly. It's not that the one 16th-century Italian miller for whom we have a detailed interrogation transcript (the basis for Carlo Ginzburg's The Cheese and the Worms) is necessarily any more representative than the one cabdriver that a columnist may use to represent the vox populi; it's that we use that miller's transcript in a very different way than a columnist, writing about a country he thinks he already knows, is likely to do.

The distinction is not absolute, of course. Sooner or later, historians also decide that they have been confused long enough, and settle on an understanding of their subject, which inevitably involves invoking some motives or characteristics familiar to us from our own world. And we can differ sharply about when we have done enough to grapple with the strangeness of some past to begin making it understandable again. But the assumption that even our best sources are likely to be misleading if treated as familiar voices, or in isolation, is a crucial one to which historians are more attached than most other analysts of human affairs.

If we emphasize how historical inquiry cultivates these kinds of habits of mind, we make a different, and broader, case for our relevance than we make by simply insisting that, say, people deciding policy for X should consult those who know X's recent history (though we should do that, too). It is partly because I would like to emphasize this aspect of our common contribution to society that I see great potential value in the AHA's "Tuning" project. Protecting and promoting our discipline requires explaining what it is our students learn to do, whether they study Song dynasty agricultural estates, write about the rise of Hollywood fan magazines, or design museum exhibits that stimulate questions and insights that experts would have when looking at an uncurated pile of old objects.

Historians contribute something more specific than the "critical thinking skills" that we share with many other disciplines, and something very different from the predictive models that some social scientists develop (though historians should be of some use to people sorting through different scenarios for the future).

What audiences gain from historians therefore results not from encountering any one piece of historical research—even one that answers its chosen questions exceptionally well–but from seeing how an ongoing and collective effort creates an understanding of a world by placing in dialogue fragments of its political, economic, intellectual, social, and other aspects. We produce knowledge, to be sure, but we also build a constituency for an intellectual process; this makes us very different, for better or worse, from those who retain or lose audiences based on the outcome of their next brief inquiry.

Kenneth Pomeranz (Univ. of Chicago) is the president of the AHA.

His publications include The Great Divergence: China, Europe, and the Making of the Modern World Economy, The Making of a Hinterland: State, Society and Economy in Inland North China, 1853–1937, The World that Trade Created (with Steven Topik), and a collection of essays. Pomeranz has won two Fairbank prizes from the AHA, a World History Association book prize, and other recognitions. He has also edited or co-edited five books, and published many articles in both scholarly and popular venues. Pomeranz is a fellow of the American Academy of Arts and Sciences, and has received fellowships from the Guggenheim Foundation, the American Philosophical Society, American Council of Learned Societies, the Institute for Advanced Studies, and other sources. He has given over 200 invited academic lectures in 20 countries. He was a founding co-editor of the Journal of Global History, and the founding director of the UC Multi-Campus Research Group in World History. Trained as a historian of late imperial and 20th-century China, his research interests include comparative economic development, state formation and empire, environmental history, peasant movements, and the history of popular religion. In addition to his work in the AHA, he has been involved in various other scholarly organizations, chaired his department, and been heavily involved in projects that seek to link university faculty with K–12 educators, and with the larger public.