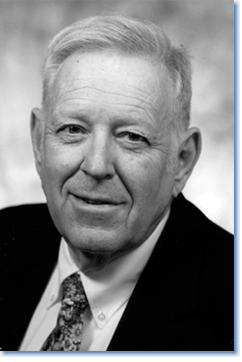 Historian of the New Deal and Vermont

Samuel B. Hand, professor emeritus and former chair of the History Department at the University of Vermont (UVM), died unexpectedly in Burlington, Vermont, on June 29, 2012, at the age of 80.

Born on August 20, 1931, in New York City and raised in Bayside and Woodstock, New York, Hand received his BA from New York University in 1952, served in the U.S. Army in Korea, and then entered the doctoral program in history at Syracuse University. He received his PhD in 1960, and then taught briefly at Slippery Rock State College in Pennsylvania. From 1961 to 1994 he taught at the University of Vermont, where he achieved legendary status as a scholar, teacher, and colleague.

Hand originally focused on U.S. political history, publishing a biography of Franklin D. Roosevelt adviser and speechwriter Samuel I. Rosenman (Counsel and Advise: A Political Biography of Samuel I. Rosenman, 1979) as well as a series of articles on Rosenman and other New Deal figures. His interests soon shifted to Vermont history, a field in which he made great contributions and became the acknowledged dean. He authored, coauthored, and edited numerous important articles and essays on Vermont's history, many of which challenged conventional wisdom, as well as five books. The Star that Set: The Vermont Republican Party, 1865–1974 (2003) analyzed the rise and fall of the party in what had been the most Republican state in the country (and one of only two not to vote for Franklin Roosevelt in 1936). With Stephen C. Terry and Anthony Marro he wrote Philip Hoff: How Red Turned Blue in the Green Mountains (2011), a study of Vermont's first popularly elected Democratic governor (1963–69) since before the Civil War. With H. N. Muller III he edited In a State of Nature (1982), a reader designed to introduce students to Vermont history. With Kevin Graffagnino and Gene Sessions he edited Vermont Voices, 1609 through 1990: A Documentary History of the Green Mountain State (1999). And with John J. Duffy and Ralph H. Orth he published The Vermont Encyclopedia (2003).

Hand also helped found and lead the Center for Research on Vermont, serving as its first director. And in his UVM courses he trained a generation of Vermont historians. He directed approximately 20 master's theses (the terminal degree in the UVM history department), more than anyone else in the department. As a teacher and mentor he was beloved by his numerous graduate students and honored by UVM with the Graduate Faculty Teaching Award in 1994, as well as the University Scholar Award in 1989. Recognition extended far beyond the university. He was vice president and then president of the Vermont Historical Society from 1983 to 1989; the New England Association of Oral History from 1983 to 1985; and the national Oral History Society from 1984 to 1987. He also received the Oral History Society's Harvey A. Kantor Memorial Award for Significant Work in Oral History in 1986. He served in numerous administrative posts and on numerous committees for these as well as other state and national organizations, including two that advised the Vermont Supreme Court on legal admissions, competence and education and the Vermont Advisory Committee to the U.S. Civil Rights Commission—which he chaired for eight years.

Hand was beloved by his colleagues as well as his students. He possessed an exceptional and unique wit, a gift for storytelling, and a way of thinking that one had to experience to truly appreciate. Only Sam could begin a course on the United States from 1945 to 1979, for example, with a lecture on Humpty Dumpty, Alice in Wonderland, and the Cuban Missile Crisis of 1962. And only Sam could quip to the press, when asked how a contemporary event would look 10 years hence, that historians did not predict the future—only the past. We in the UVM history department have lost a dear and beloved friend as well as a deeply respected and productive colleague. He enriched the lives of all who had the privilege to know and work with him.

Hand is survived by his wife of 55 years, Harriet Hand, and his three daughters, Sally Hand of Burlington, Vermont; Ilana Hand of Alexandria, Virginia; and Marci Raab, her husband David Raab, and their children Nathan and Elizabeth of Rye, N.Y. Donations in his memory may be made to the Vermont Historical Society, Special Collections of the University of Vermont, or Ohavi Zedek Synagogue in Burlington.

—Mark A. Stoler, University of Vermont