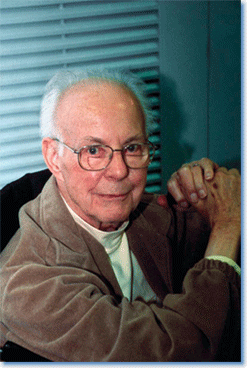 Dean of Lincoln Scholars and AHA Member since 1944

Richard Nelson Current, the widely acknowledged, longtime dean of the nation's Abraham Lincoln scholars—and the last survivor of the "big three" Lincoln historians of the 1960s–80s golden age (along with David Herbert Donald and Don E. Fehrenbacher)—died in Boston, Massachusetts, on October 26, 2012, at the age of 100. During a writing career that spanned 61 years, Current authored, coauthored, or edited more than 30 books, and won such coveted honors as the Bancroft Prize (1956), the Logan Hay Medal (1989), and a lifetime achievement Lincoln Prize (2000). Current also taught American history at colleges throughout the world, mentored several generations of students who became historians in their own right, and memorably stood up to Gore Vidal on the subject of truth and accuracy in historical fiction.

In 1995, the then-newly established Lincoln Forum named its highest annual honor the Richard Nelson Current Award of Achievement. Over the past 17 years, the honor, a John McClarey sculpture, has been won by such distinguished recipients as Doris Kearns Goodwin, Sam Waterston, Brian Lamb, John Hope Franklin, James M. McPherson, and Ken Burns.

After writing five books in the 1940s and 50s on such diverse subjects as the invention of the typewriter and the rise of national conservatism under Daniel Webster, Current won the plum assignment of completing the final volume of the late J. G. Randall's unfinished multi-volume Lincoln biography. The result, Lincoln the President: Midstream to the Last Full Measure, earned Current the coveted Bancroft Prize.

Current's next book, The Lincoln Nobody Knows (1958), set a new standard in the field by establishing the author's singular voice—a direct, authoritative literary style—bolstered by a mastery of historical sources and a gift for sharp analysis. The book punctured such stubborn legends as that of alleged Cabinet-level complicity in the Lincoln assassination, and convincingly advanced the then-new notion that Lincoln significantly evolved on the subject of race over the years from colonizer to liberator. The book influenced countless young scholars and transformed Current into a hero among historians—capable of strong, lucid prose, vast knowledge of original material, a talent for solid argumentation, and zero tolerance for falsehood and mythification. Current quickly became a familiar and highly influential figure at scholarly conferences, symposia, and historical groups, offering crisp lectures of his own or uninhibitedly debunking work with which he disagreed. He served in 1975 as president of one of the most influential of professional groups, the Southern Historical Association.

Among Current's many other books were Lincoln and the First Shot (1963); Unity, Ethnicity, and Abraham Lincoln (1978); Speaking of Abraham Lincoln: The Man and His Meaning for Our Times (1983); Those Terrible Carpetbaggers (1988); Lincoln, the Constitution, and Presidential Leadership (1989); and Lincoln's Loyalists: Union Soldiers from the Confederacy (1994)—all of which exercised enormous influence on his fellow historians. He was also a major contributor to Governor Mario M. Cuomo's 1993 volume, Lincoln on Democracy, and appeared with other leading scholars at the Albany, New York, symposium to introduce the widely translated work to the public.

In between these works, Current conceived and contributed to a number of U.S. history textbooks, wrote several volumes on the state of Wisconsin (including its official bicentennial history), published a biography of John C. Calhoun, and edited the monumental, multi-volume Encyclopedia of the Confederacy (1993)—in addition to more than 250 articles in scholarly journals and other publications. One of Current's most famous pieces was his long August 1988 letter to the prestigious New York Review of Books in response to novelist Gore Vidal's complaints about his review of the novel Lincoln.

Current's other awards over the years included an O. Max Gardner Prize from the University of North Carolina (1960), a George Banta Award from the University of Wisconsin Library (1977), and in special recognition of his status as the dean of Lincoln scholars, the Logan Hay Medal from the Abraham Lincoln Association in Springfield, Illinois (1989).

Late in life Current turned his attention to the worlds of art and the dance and coauthored with his wife Marcia Ewing Current the well-received biography Loie Fuller, Goddess of Light (1997). Richard Nelson Current made countless contributions to the field of Lincoln and Civil War studies—above all a faith in primary sources, a distaste for unproven facts and legends, and a commitment to accessible writing that meets the highest scholarly standards but appeals to the widest array of general readers. But perhaps his most unforgettable contribution was his powerful response to a growing anti-Lincoln tradition that came into fashion in the late 1950s. Argued Current in his inimitable style: "We need not be ashamed of what we have made of Lincoln. In honoring him we honor ourselves."