What It Means to “Train Historians”: Career Diversity at the Annual Meeting

This is one of a series of AHA Today posts featuring subjects of importance to the history profession that were discussed at the 2015 annual meeting.

As a first-time AHA-conference goer, I wanted to hear historians who worked entirely outside the academy—historians who were not professors. I wanted to see someone who shared my scholarly passion, worked outside the professoriate, and had a successful career. Over the course of three days in New York City, with 400 plus organized panels and many discussions in hotel elevator banks, the profession surprised me.

It is only recently that historians have come to the realization that we are uniquely equipped and trained for a variety of nontraditional history careers in public, private, and nonprofit sectors. All of these careers can use our specialized skills and knowledge. For example, a historian interested in watersheds and the impact of urbanization in the American Southwest has the ability to analyze and present research to city environmental planning commissions. As a consultant or research contractor working within these organizations, a historian is in a distinctive position to serve as the expert on the changing landscape and the factors that have led to these changes.

Training graduate students to serve as historians means more than instructing them on research, analytical, oral, and writing skills within their fields of specialization. Historians-in-training should receive consistent messaging from their graduate departments and universities, career coaching from the graduate services, and at minimum become aware of the applicability of their skills beyond the academy from their advisors and mentors.

During a panel on faculty and student culture in placing history PhDs in non-faculty careers, Adam Seipp, associate professor and director of graduate studies in the history department at Texas A&M University, declared, “We train historians, not history professors.” This simple message should be reiterated at every university, every history department meeting, and every graduate orientation. The professoriate is but one career option available. Although almost two-thirds of history PhDs conferred between 1998 and 2009 landed jobs at four-year colleges and universities, 24 percent of PhDs work with federal, state, and local government agencies; libraries and museums; nonprofit and business enterprises; K–12 education; university and faculty administration; publishing and editing; research institutes; and many are independent scholars or are self-employed. Again, we train historians for a multitude of careers, not just careers as history professors.

Second, during the two-part session “From Problems to Solutions: Recruiting, Training, and Placing History PhDs in Non-Faculty Careers,” a career counselor who has a history PhD enlightened the crowd and reminded us that “placement” talk is outdated in the world of career services. Lauren Apter Bairnsfather, who works at the Office of Research and Graduate Studies at the University of Texas-Austin, urged departments to shift their language and to recognize the success of “coaching” graduates towards their careers. The days of calling up and placing your student in that dream tenure-track position are long gone. Rather, Bairnsfather, Seipp, Fitzhugh Brundage at University of North Carolina-Chapel Hill, and Rachel Bernard at the American Council of Learned Societies’ Public Fellows Program all agree that the best way to prepare graduates for non-faculty and even faculty careers is to coach them and train them with a diverse range of applicable skills.

Finally, historians have the ability to be the prime facilitators between institutions of learning and the broader community. Carol Quillen, president of Davidson College, advised the audience to recognize the social contract existing between historians and society. As a result of our training as historians, we can offer historical accountability to universities, colleges, and other organizations. Carla Hesse, dean of the Social Sciences Division at University of California-Berkeley, stated that since we are ethically accountable to our historical actors and narratives already, why not train historians to bring that same accountability to our institutions of higher education?

I would like to thank Seipp for his perceptive approach to graduate history education. Each of the panelists participating in these sessions made it clear that if we want to succeed as a profession in expanding the reach and influence of the humanities, our message must be clear and our coaching extensive. During the career diversity panels that I attended, I realized that I am being trained as a historian who can work not just in a variety of careers but that I can build a history career that can transcend traditional departmental and disciplinary boundaries. 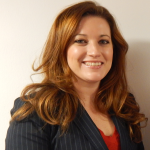 The author, Jennifer McPherson, is a PhD candidate at the University of New Mexico. Her dissertation, “‘Not Your Mother’s PTA’: Parents, Public Authority, and the Professionalization of Politics,” examines the roots of parents’ political authority through the lens of the National Parent Teacher Association branches in Denver, Colorado, from 1920 to 2000. She is the graduate assistant at UNM’s Center for the Southwest and is currently the graduate coordinator for the AHA-Mellon Career Diversity Project at UNM.