The Voting Rights Act and the Challenge of Getting It Right

This piece is one of a series of guest posts on issues of importance to the history profession that were discussed at the 2015 annual meeting in New York. The author, Kent Germany, is associate professor of history at the University of South Carolina and is a non-resident research fellow with University of Virginia’s Miller Center. He is the author of New Orleans After the Promises and editor of four volumes on the Lyndon Johnson recordings, including a digital edition on LBJ and civil rights.

In early February 2015, NBC News anchor Brian Williams joined a long list of journalists who lost their jobs for failing to get things right, or in his case a six-month suspension for not actually getting shot out of the sky. For Williams and a few other journalists, keeping their stories straight proved to be too much of a challenge. For most journalists, however, the challenge has been getting the story as close to right as humanly possible.

They are not alone. Historians, documentarians, and the actual historical participants are among the groups who struggle intensively to capture historical moments with meticulous accuracy, knowing that no human effort involving memory and interpretation can be completely “true” or unassailably “objective.” This dilemma lies at the heart of a wonderful series sponsored by the National History Center of the American Historical Association. Called “The Challenge of Getting It Right,” this series uses periodic roundtable discussions to bring together groups of those committed historical storytellers to examine a particular event or topic. Panelists and audience members address how people from different professional perspectives approach the past and raise questions about how we package it for different audiences. At the AHA annual meeting in January 2015 in New York City, I was fortunate to chair a panel of leaders in their fields who took on the difficulties of “getting it right” about the passage of the Voting Rights Act of 1965 and the long history of voting in the United States. On a cold, rainy Sunday, a journalist, a civil rights lobbyist, and an academic historian came together to look at that historic moment from their individual perspectives, and each saw the story of voting rights in 1965 linked deeply to what came in the century before it and the half-century after it. 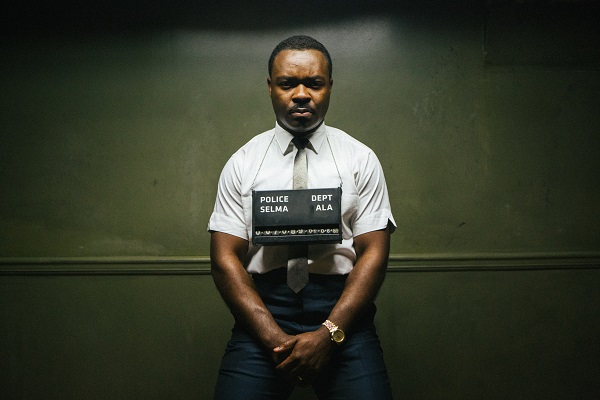 Alexander Keyssar (Harvard Univ.) emphasized the deep roots of the voting struggle in the United States, situating the 1965 experience against that of the Lodge Force Bill of 1890 (also known as the Federal Elections Bill). Southern white challenges to the 15th Amendment encouraged Massachusetts Republican Henry Cabot Lodge and others to push for legislation to give federal courts the authority to supervise congressional elections. It failed for a variety of reasons, including hostile Democratic opposition and Republican divisions, and its failure served essentially as a last gasp for serious federal protection of black voting rights until the 1960s. The resistance to African American voting and to federal incursion into voting procedures is old, Keyssar outlined, as is the attachment to localism and tradition. That resistance lay at the heart of the 1890 bill, persisted in the fights against voting rights through 1965, and continues to be reflected in recent efforts to dismantle parts of the 1965 Voting Rights Act.

Dorothy Butler Gilliam broadened the lens of the voting rights narrative in other ways. Hired in 1961 as the Washington Post’sfirst African American female reporter, Gilliam poignantly reminded the audience of the difficulties of being a black reporter covering the South. Writing about civil rights often put black journalists in danger, as Gilliam knew firsthand from covering the Little Rock crisis before joining the Post. The long story of the freedom struggle included black reporters finding ways to keep their stories away from hostile local white southerners, often passing their reports along to friendly black railroad porters on northbound trains. Those black reporters did more than get key information to their audiences; they helped create opportunities to build a more diverse national press and to establish in many mainstream publishing companies a commitment to treating African American culture and history as a vital part of their mission. Gilliam’s 35 years of experience at the Post taught the value of having more black reporters and female reporters adding their perspectives to historic stories. It affirmed that diversity in the newsroom is not a luxury item, but an essential part of practicing good journalism and maintaining an informed public.

For David Cohen, the legendary public interest lobbyist and former president of Common Cause, the 1965 bill demonstrated the power of the grassroots to force action in Washington. Reflecting on his time as a key staff member for the liberal Americans for Democratic Action and his work with labor and civil rights attorney Joseph Rauh Jr. and NAACP lobbyist Clarence Mitchell, Cohen emphasized the political groundwork laid by the passage of the Civil Rights Act of 1964. He experienced firsthand the ways that the White House and Capitol Hill were responding to pressure from a mass movement and the local people who sustained it: they created the politics, and the politicians adjusted. Drawing words from a usually ignored part of Lyndon B. Johnson’s famous March 15 “American Promise” speech, Cohen related what it was like to be part of a process that “lay bare the secret heart of America itself.”

That concept, “the secret heart of America itself,” is a profound one for revisiting the struggles over liberty, equality, and national values in the 1960s. As the panelists and audience members grappled with the meanings of moments reaching their 50th anniversaries, we all thought about ways to introduce them to new audiences and new generations, whether through fiction or nonfiction: What advice should we be giving to our students and to ourselves about efforts to remember 1965 andother attempts to lay bare parts of the past that many people would rather lay quiet?

Over the next few weeks, a series of writers will address such questions on AHA Today as they relate to the Oscar-nominated film Selma. Filmmakers like to claim that they do not have to get it right in the same way as documentarians or other people who care about details, timelines, and evidence-based cause and effect. They seek to express larger “truths,” to tell the story as they think it needs to be told now, not as it might have once been. Regardless of their accuracy, their imaginings can end up being more powerful for the memory of an event than the event itself. Does Hollywood do history better than academic historians? Mr. DeMille, is 1965 really ready for its close-up?