Historians at the Movies: AHA Staff Reviews the Oscar Nominees

What happens when historians go to the movies? Like everyone else, we kick back and enjoy two hours immersed in a story. However, there are certain tendencies that are difficult to turn off: the impulse to analyze the timeline of events, a heightened awareness of anachronism, and concerns about the representation of characters, to name a few. As film is ultimately subjective interpretation, historians, perhaps, will never be completely satisfied upon leaving the big screen. But we do come away with some interesting insights. With the 87th Academy Awards airing this Sunday, February 22, AHA staff decided to chime in about a few of the Oscar nominees for Best Picture and offer our own thoughts on their historical value.

I am an avid fan of historical fiction, and not knowing what to expect from Wes Anderson’s latest creation, The Grand Budapest Hotel, I expected historical fiction—and references to actual historical events. What Anderson had created was not so much historical fiction, it turned out, but something I’m going to term “fictional history.” And, indeed, if you attend the onlineAkademie Zubrowka and sift through yellowed course materials on the history of this fictional place, nothing could describe it better.

The film is structured within a series of narrative frames: the girl with the book visiting the author’s memorial, presumably in present day; a testimonial by the author in 1985; interviews with a wizened Zero Mustafa in 1962 in the all but forgotten Budapest Hotel; and finally Zero’s memories of his adventures with Monseur Gustave in 1932, and the heyday of the Grand Budapest.

Although the narrative is itself disconnected from any actual historical events, its structure artfully mimics the layered nature of history. Wes Anderson chose an abandoned department store, built in 1913, in the East German town of Goerlitz as the location for his fictional hotel (for more on Goerlitz, see Jason Overdorf’s article for NBC News). In designing the set of the Grand Budapest, the film crew built the 1932 set inside of the 1962 set, as is explained in the below YouTube featurette. The town of Goerlitz itself, undamaged by the ravages of World War II, contains buildings dating from as early as the medieval period. Goerlitz is essentially a composite of historical periods, and this is exactly what the physical set of the hotel becomes, as well as what Anderson achieves in his film.

In his words, the film documents the “last gasp of real aristocratic Europe within the culture of the grand hotels.” The Grand Budapest is shown both in its heyday and its decline. Arguably, some of the most important choices Anderson made in the planning of his film were influenced by the nature of history: the passing of time and the imprint each time period leaves on the place itself. 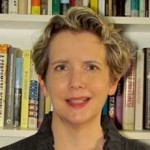 Films use visual and narrative shorthand to tell their stories, often bending historical facts to suit this purpose. If I were inclined to pick historical nits, I could find many of them in The Imitation Game. Does the film overstate the impact of Alan Turing’s work on the outcome of World War II? Did theLiquid Paper used by a character exist in 1951? The film also has a troubling tendency to stereotype Turing as a “tragic homosexual” destroyed by an uncaring society.

Despite these flaws, however, the movie suggests something interesting about the memory of wartime Britain. Scenes of children boarding trains with gas masks strung over their coats with twine, of Londoners doing crossword puzzles and knitting in an Underground station during an air raid, and of a woman drinking tea perched on a pile of rubble evoke a romanticized image of the home front. (One almost expects to see the never-distributed “Keep Calm and Carry On” poster, which was designed by the British government to encourage citizens and, due to a revived interest in wartime Britain, is now ubiquitous on t-shirts, mugs, and other tchotchkes.) In celebrating Turing, these scenes imply, the film celebrates civilians who pulled together to help good triumph over evil—even in an imperfect society that ultimately destroyed him. That may not be good history, but it is an engaging story.

The Theory of Everything

Keeping true to form, when the sign-up sheet for the AHA’s Reflections on Historically-Based Academy Award Nominees came around, I jumped at the chance to lodge my two cents on The Theory of Everything. This film depicts Stephen Hawking’s rise to prominence, his diagnosis of motor neuron disease, and his relationship with his first wife, Jane Wilde Hawking, whose memoir served as the base material for the film.

The film does a great job in finding artistic means of communicating some of the concepts Hawking developed during his career, like reversing time in attempt to reach the singular point at which something began—whether it be the universe or a romantic relationship. It also provides an interesting perspective into the life of a man who has effectively toed the line between advancing science and communicating those scientific theories, again reflected in the film with a dinner-table analogy that likened Hawking’s quest to unite general relativity and quantum mechanics to potatoes and peas.

With STEM currently being in such vogue and scientific communicators like Bill Nye and Neil deGrasse Tyson having achieved statuses resembling cults of personality, it is important that Hawking get his due credit. Searching through Hawking’s body of work old and new, serious and informal, it proves to be not only substantial and thought-provoking, but laced with a charm and wit that makes the work truly accessible. Hawking’s ability to communicate complex ideas is evident in numerous scenes throughout the film, before and after his diagnosis, and even in his present day interviews; he can be seen dishing it out to HBO’s John Oliver here:

The Theory of Everything is a remarkable effort in humanizing and contextualizing the experiences of a man that many of us have only known as the physicist in a wheelchair with the robot voice. In bringing Hawking’s wonderful personality and real-life struggles to the big screen, an award worthy attempt at fostering historical empathy has been executed.

I walked away from this film wondering: Is Unbroken’s extreme portrayal of Japanese characters as uniformly evil and American characters as uniformly good ethical? Would thousands of people walk away from the theater thinking of Japanese people and possibly all Asian people as evil, inhuman, and violent? That would be a simplistic and ignorant take-away, but for many decades that kind of simplistic and ignorant attitude has been fueled through films depicting Arabs and Muslims as terrorists. These musings led me to consider the nature of this film as a tribute on the one hand, and as biographical narrative on the other. Does the filmmaker hold the responsibility of pulling back and showing viewers a wider picture? How important is it for a director to commit to balance? Are the endeavors of creating a biographical film and being balanced necessarily mutually exclusive?

Although the film is based on a true story, it is not a historical film or a documentary. It is director Angelina Jolie’s tribute to her friend Louis Zamperini, who passed away in July 2014. Had the movie shown Zamperini as human and his torturer as equally human, would it have had the same dramatic effect of portraying Zamperini as a heroic, noble man who overcame harrowing circumstances? He was stranded on a raft in the ocean, held as a prisoner of war, and abused repeatedly. The film intends to show his suffering. If it were to portray Japanese kindness and justice outside the context of the prison for the sake of showing the humanity of Japanese people in general, the movie would have been more balanced, but balance is not necessarily the point of this genre.

To help me think about this question, I read Philippa Levine’s Perspectives on History article “The Trouble with Film” (March 2010). She writes about the “reductive effect” of the “visual seductions” of film. She also explains why a 90-minute movie necessarily resolves complex problems that are deep-rooted in social structures or political realities: hence, the simplified portrayal of the Japanese in Unbroken—and, indeed, in many World War II movies. Levine also addresses how white characters are frequently portrayed by beautiful actors and are themselves as stereotypical as the non-white characters who are portrayed less sympathetically.

Zamperini, the young, strong, determined hero of this film, is a compelling character, but one who acts outside of a real historical context. His story is shocking, and the cinematography is beautiful, but the world in which his heroism emerges in this movie is not the historical world of all Japanese people, and it may not have to be. Viewers might have to seek out balance for themselves, if they see imbalance.

If you enjoyed our reflections on these films, then keep an eye on AHA Today for a special upcoming series of blog posts on the film Selma. This series will feature commentaries written by both filmmakers and scholars of African American and civil rights history. 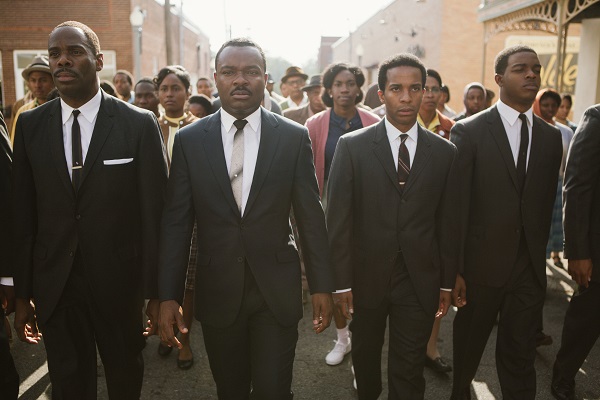